A very overcast morning saw Mark and I head to North Shields Fish Quay - both glaucous and iceland gull had been reported a day previous.

We parked up opposite the boat sheds and ended up walking round to the Black Middens - with no sign of either gull and very wet conditions we opted for a pit stop back at the quay for coffee and a panini (we're so sophisticated).

Meanwhile STH had arrived - so a quick text from the warmth of the cafe to Steve to inform of our presence was rewarded with a call back informing that the glaucous had re-appeared. Result. 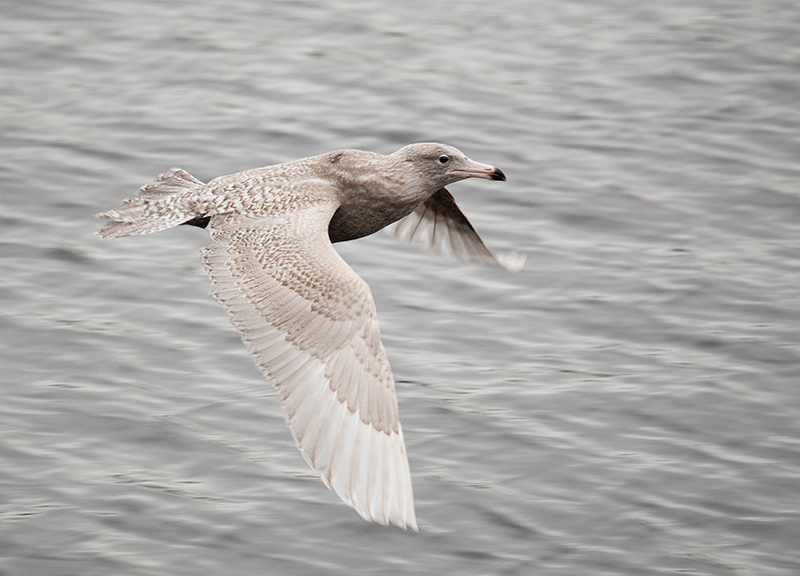 The monster gull spent most of its time up on the shed roofs, but luckily it took a fish scrap and flew past, giving one ok photo from a flyby sequence...

High-fives all round, we then headed back to Cramlington - a journey that was intercepted by Gordon with news that he had re-located the dipper on the Horton Burn. Tensions rose as we promptly headed to the burn!

Thankfully the dipper was still present - and hopefully will remain available over then next few days for a 2013 tick. This dipper is the first to be really available within urban Cramlington - birds on the River Blyth are really at the periphery of Cramlington acceptability!

A single kingfisher patrolled the burn while we grilled the dipper, and to complete the set, a grey wagtail flew over the house while I de-booted on the driveway.

Not a bad morning - perhaps more exciting for me than anyone who cares to waste there time reading this drivel!