The weekend was cut short with overtime at work, so West Hartford was only visited once, on Saturday evening - a pair of tufted duck were note worthy, with only a few past records, while the pair of mute swan remained and a single short eared owl sat on the fence line.

Monday allowed a mid afternoon visit, and a productive affair it was too. A male wheatear lifted from the road, while the pool was a hive of activity with increased numbers of barn swallow, two swift, two plus house martin.

More excitingly the visit provided two "second" records for me - with a male yellow wagtail north over the pool and a single little grebe tucked in the south west corner!

The mute swan remain (though there were no tufted duck), and shelduck peaked at 4. 2 canada geese were briefly present.

I've only heard grasshopper warbler once so far this spring, should be heaving by now!
Posted by John Malloy at 16:54 No comments: 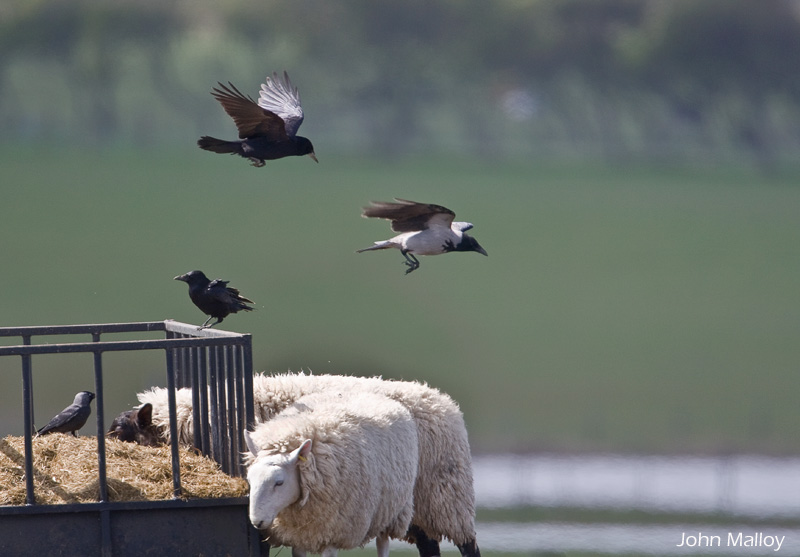 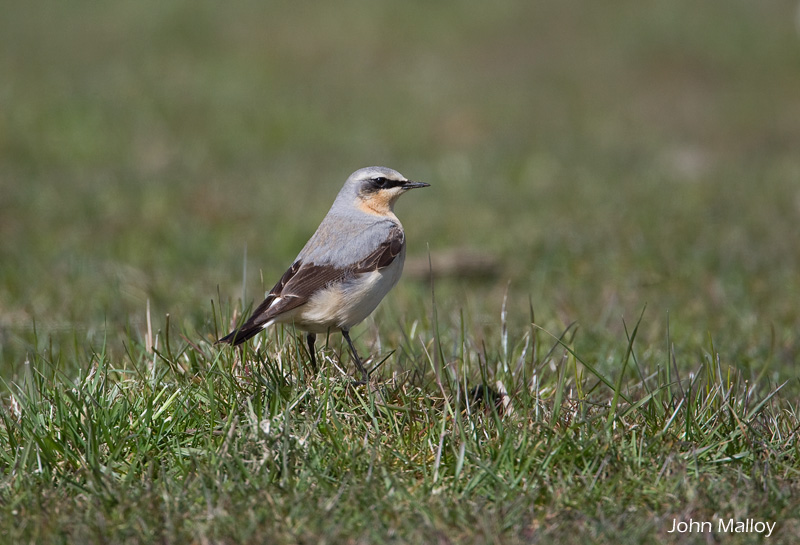 An alert of a male siberian stonechat on Holy Island was tempting (I still need this for Northumberland), but the timing wasn't quite right for a trip today...
Posted by John Malloy at 16:42 No comments:

A cycle to West Hartford mid afternoon blew the cobwebs of early shift away, but there wasn't too much to see. While migrants appear to have arrived on the coast, little has penetrated inland - so it'll have to be another visit before I find a ring ouzel next to the upside down bath...

Barn swallow were evident, with probably 10 whizzing around the somewhat enlarged pool - recent rainfall has made WH rather wetter than average - potentially good for later in the spring. Two mute swan were new, while shelduck remain at 5. Grey partridge are particularly vocal as of late.

Prestwick Carr has a multitude of waders - WH managed none today!

Maybe there will be some later?
Posted by John Malloy at 18:53 No comments:

Couple of new arrivals yesterday - house martin over ... The house, while West Hartford finally delivered a loud grasshopper warbler. I expect it'll get noisier there over the next few days.

A single wheatear brightened the trip to West Hartford this afternoon, with hopes of grasshopper warbler dashed again. The pair of gadwall remain and shelduck numbered 3.

Some pedalling saw us arrive at Arcot, where a single short-eared owl hunted the north-east field, and lesser white throat remained unseen and unheard for 2012. Plenty time yet.
Posted by John Malloy at 19:23 No comments:

A nice bright morning so off on the bike to West Hartford for some early morning migrant collection. Alas, nothing new, Chiffchaff, blackcap, and willow warbler were the only spring arrivals, with none of the hoped for grasshopper warbler, lesser throat etc. 2 short eared owl were the first for a couple of weeks, while the pool held a pair of gadwall, 2 sparring shelduck and 4 mallard. 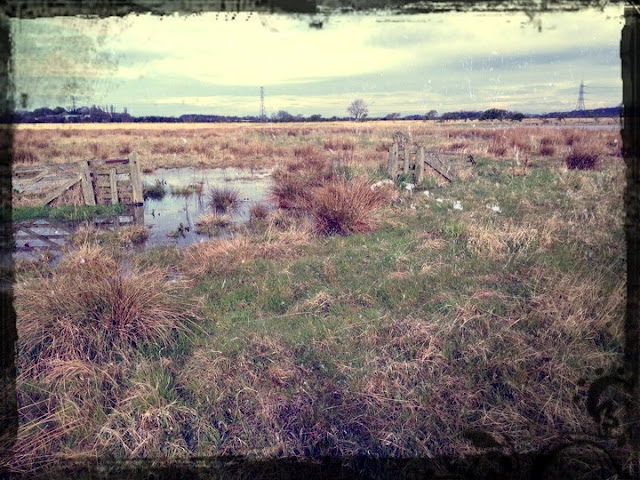 2 barn swallow at West Hartford this afternoon, brightening a rather quiet visit - with only 4 shelduck and 15 teal, 1 curlew and a couple of lapwing. Had hoped for a garganey, but there's time yet.

Chiffchaff and a willow warbler belting song out, not long till the other spring arrivals join them...
Posted by John Malloy at 16:22 No comments: 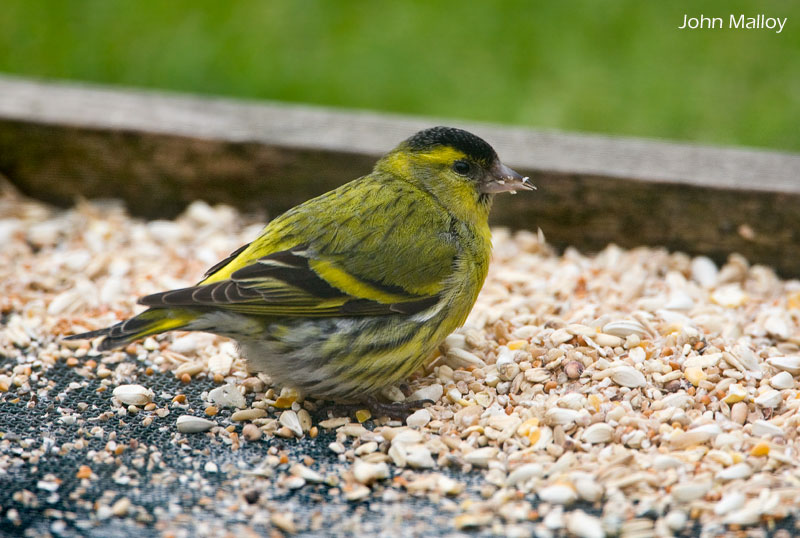 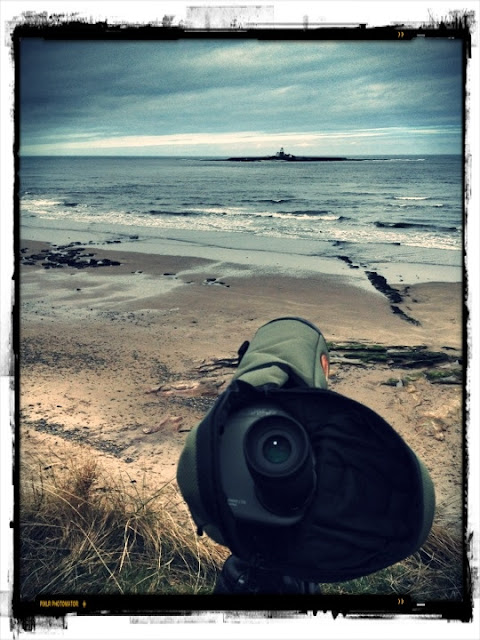 Stuck in the house...

A year ago to the day I wrote about an Osprey passing through West Hartford... Hadn't realised the close-ness of the 2012 date until I read Phils blog this afternoon.

As it's snowing and a gas engineer is due I'll not be out again today...

In the same post I tried to forecast 10 species that could be added to my own patch list (some others have some of the species I need) Of the list prepared, I've not yet caught up or found any yet!

Spoonbill - why not? If Castle Island can draw them in no reason why WH can't either
Little Egret - long overdue, beaten by its' larger relative
Tawny Owl - already seen and heard by others, I've been too lazy to venture out at the right time.
Pectoral Sandpiper - Arcot has had them in the autumn, other waders have found WH to their liking...
Bittern - There is a nice reed bed forming south of the pool, may be one hard winter will bring one in?
Red Kite - only a matter of time.
Reed Warbler - habitat getting better.
Great Grey Shrike - outside chance on passage - Arcot has had one and Prestwick Carr held one for honks this past winter!
Common Redstart - infrequent through Cramlington on passage (though I did have one in my parents garden many moons ago!)
Cuckoo - a tricky bird in Cramlington, but possible.

In 2011 wryneck was added to the West Hartford site list (still hurts), so black redstart, red backed shrike could follow... I think snow bunting was my only addition - fitting given the weather today!
Posted by John Malloy at 14:50 No comments:

Not too bad, as an osprey was picked up!

The journey home from work was suddenly better as I picked up the northward bound fish hawk, initially seen over the A19 from the Holiday Inn roundabout off the A1 at Cramlington.

Pulled the car over at the entrance road to Arcot Hall and was treated to a prolonged view of the osprey circling over Plessey South Moor Farm Cottages - until it disappeared into the clouds...
Posted by John Malloy at 15:15 No comments:

After a busy week at work and a busy Saturday spending the money earned during the previous busy week I opted to travel north to Druridge Bay this afternoon.

A common crane, assumed to be the bird that had flown north past St Mary's last week had been getting reported from Warkworth Lane.

Easily scoped from the entrance to the holiday park, we scuttled round to Cresswell and walked the 2/3 mile up the bridleway to try and get a better view. Hardly!

The crane was about as far as it could get from public access, and associated with a few mute swan. Despite that, it's always a good one to see up here.

Nearby a male marsh harrier was added to the notreallyatrip list, so a feeling of mild satisfaction was taken from the increasingly expensive drive up the coast.

I've not managed to get to West Hartford for over a week now - late hours at work have not helped, but this week should see a return to form... a new set of wheels (two rather than four, no petrol required) should see quick nips to and from the site.