The weekend so far.

Friday afternoon / evening was spent out and about the vicinity with some things seen and some things not.

Saturday was bright and breezy, so a saunter to Morpeth to see this winters nationally scarce Waxwings. Two birds present, with a knack of feeding on the "wrong-side" of the hedge. 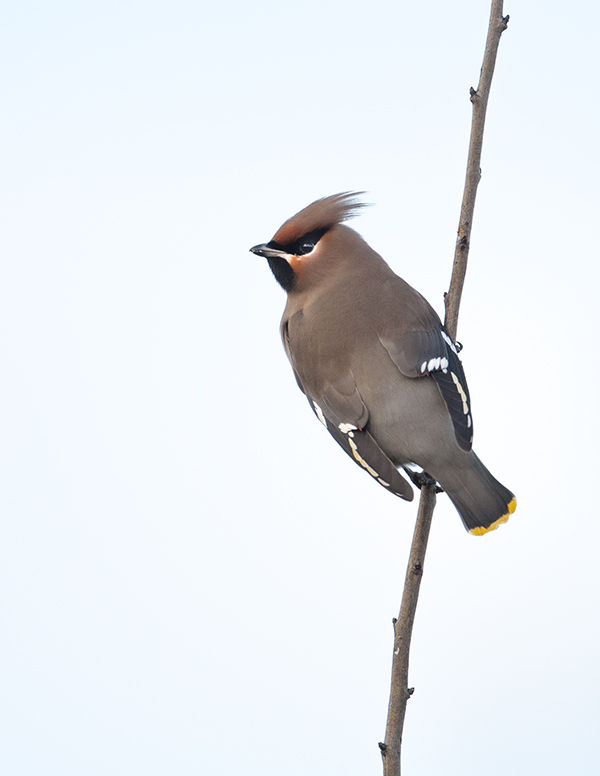 Given it's still "only" February, the birding pace is still rather decent. Despite work commitments and the like.

Friday evening was spent stood in a damp field as the sunset - the quarry, Barn Owl, finally achieved in much darkness over the fields at West Hartford.

Saturday saw another delayed-duck mission - with a trip to Cheswick for the drake Black Scoter. I'm guessing this is the bird that was off Stag Rocks a few years back - a mega in it's own rights and a class county catch up for Mark. The bird was distant, so the footage below, taken through the scope on 70x magnification and the iphone on full digital zoom is amusing, if anything.


Heres the link to the 2011 bird... http://birdingsometimes.blogspot.co.uk/2011/04/black-scoter-stag-rocks-record-shots.html

An attempt at Ross's Goose was unsuccessful, but plenty of Pink-feet at Stobswood.

Patience is a virtue.

Finally able to justify a day trip to the River Don in Aberdeen to take a look at the progressively blue toned immature drake Harlequin.

A Barn Owl started the early day well, with a bird drifting over the A1 in north Northumberland.

Having had amazing views of Otter in Seaton Park, walked west with Eric to the favoured rapids section of the river adjacent to Papermill Drive. No immediate sign, just a couple of Dippers and a Kingfisher. Then out of the "blue" the immature drake flew in and plonked itself down a couple of feet from another observer... mad.

Spent the next few hours watching the Harlequin tease... prolonged periods round an inaccessible bend in the river and brief spells out in the sunshine... 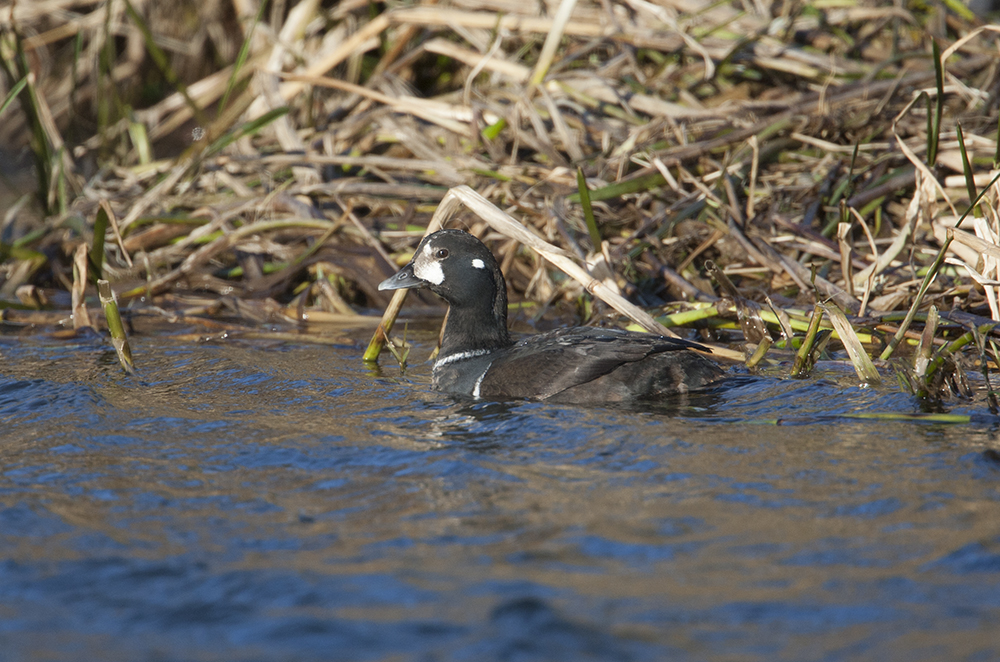 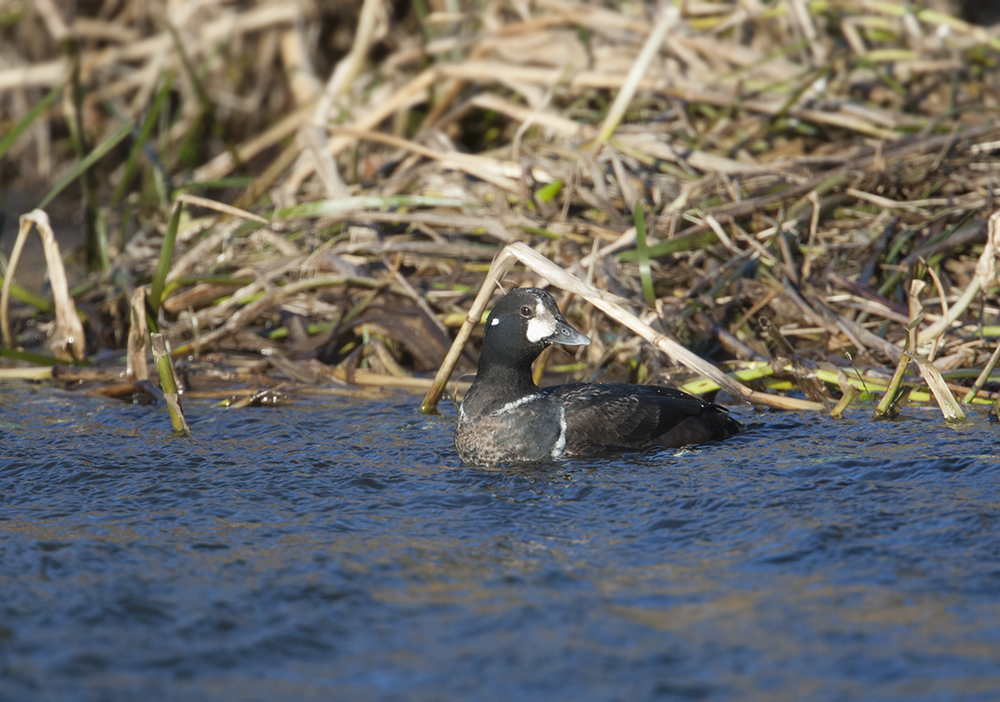 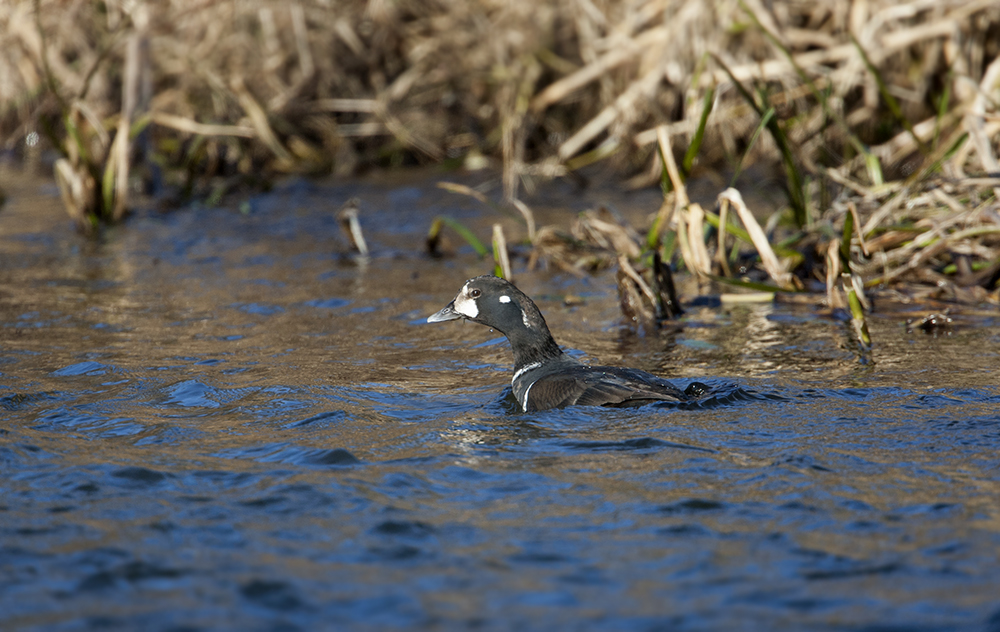 Towards the end of our visit the Harlequin came back in really close - albeit in the shade of the afternoon ... not complaining though!!! 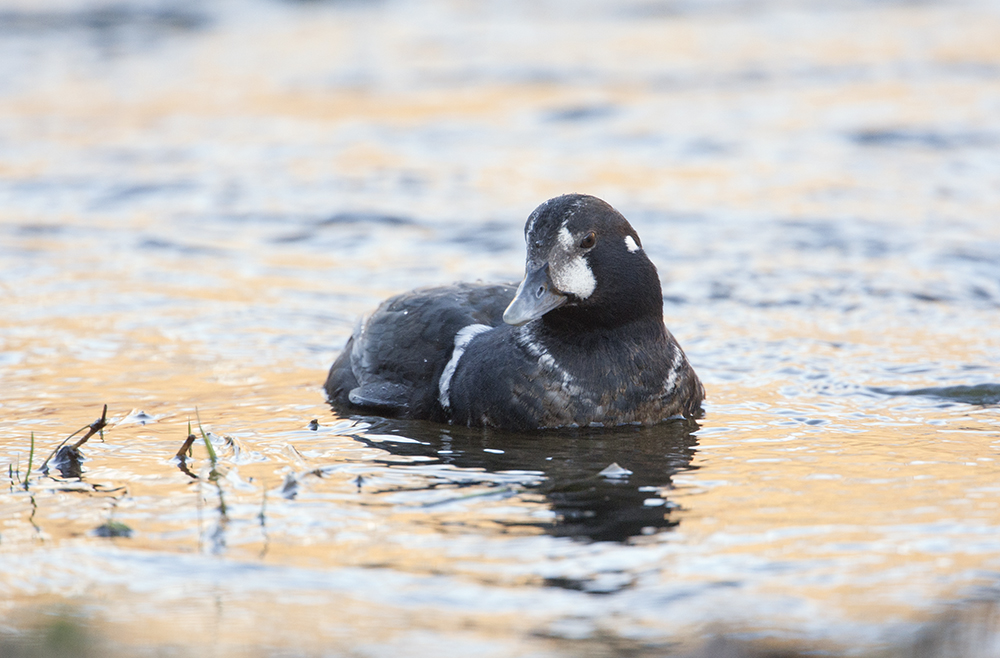 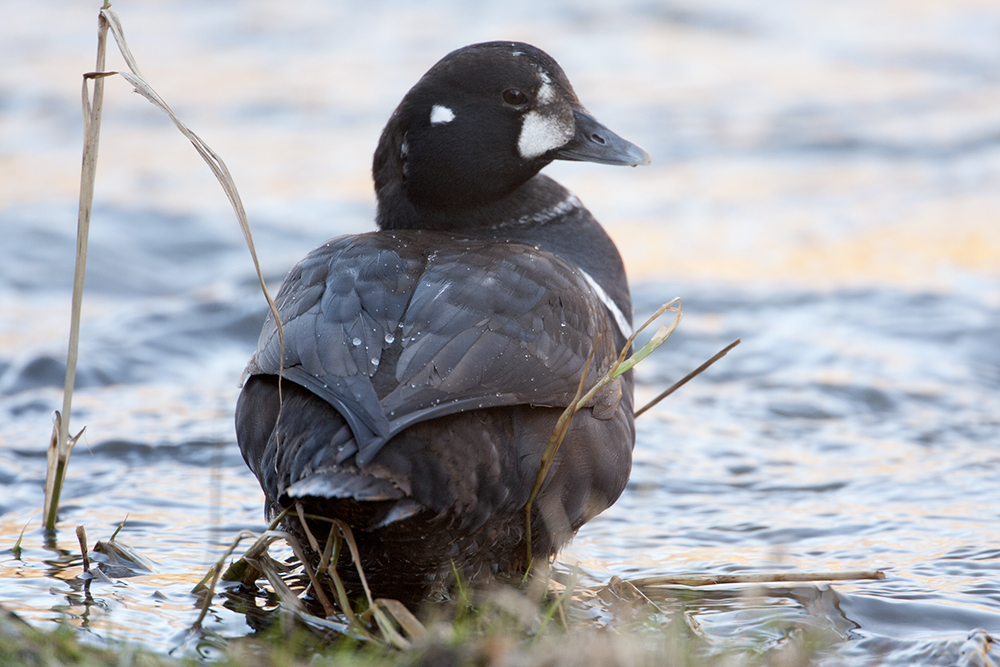 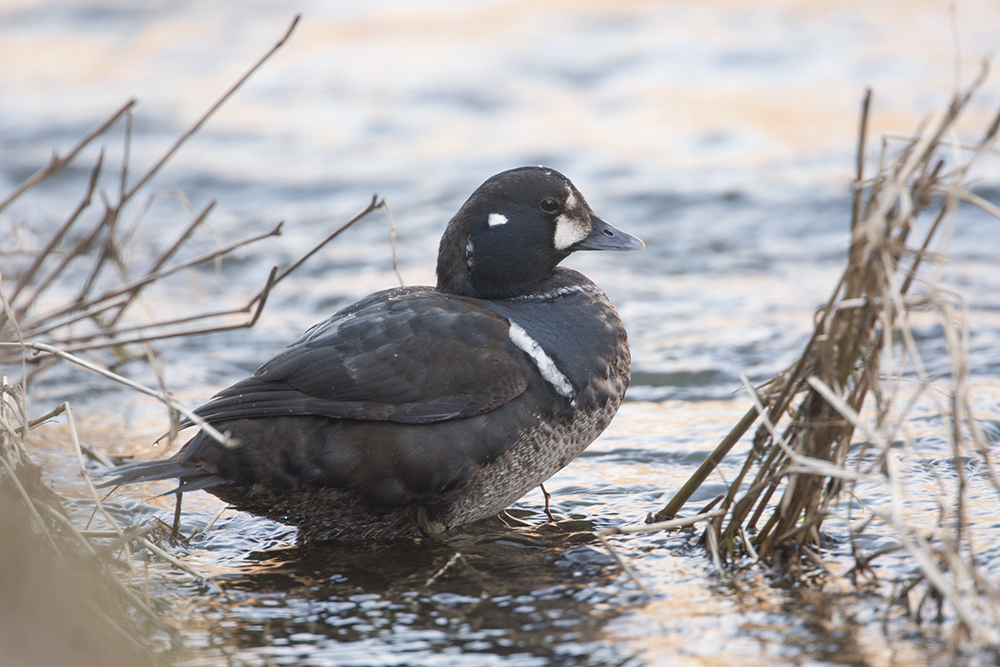 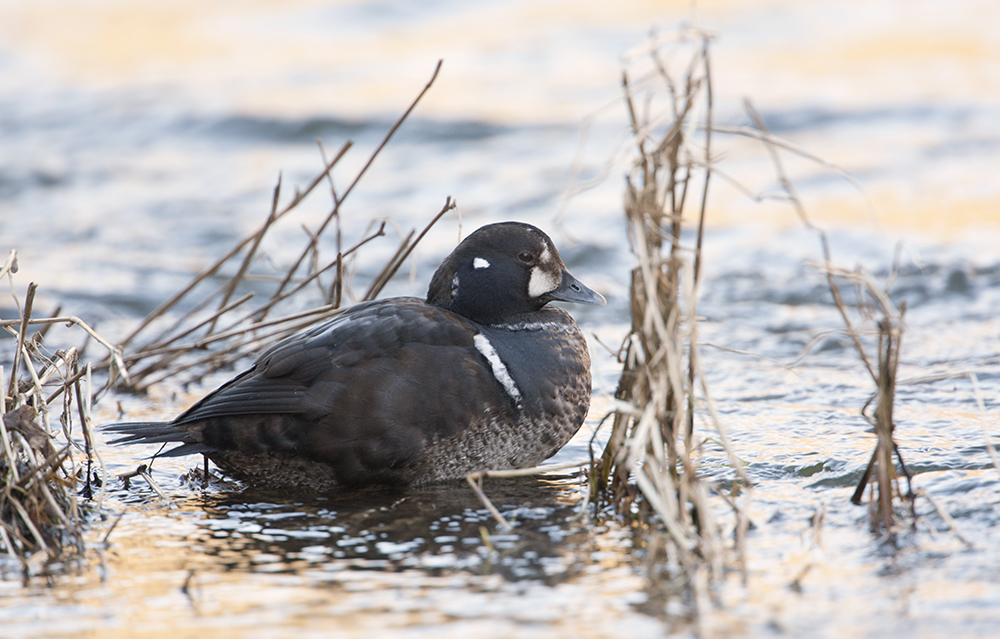 More relaxation than birding I'm afraid, but a potter at Ra's al-Khor Wildlife Reserve and and the severely dimished Safa Park added a few to the passive week long winter holiday list.


Highlights on the trip included Greater Spotted Eagle, Saunders, Caspian and Whiskered Tern, Socotra Cormorant (only 2), Greater Flamingo, Kentish Plover, Spoonbills etc.
Lots of building work in Dubai - hence the reference to Safa Park - probably one third (or more) being "redeveloped" to enable a huge waterway to cut through it.... 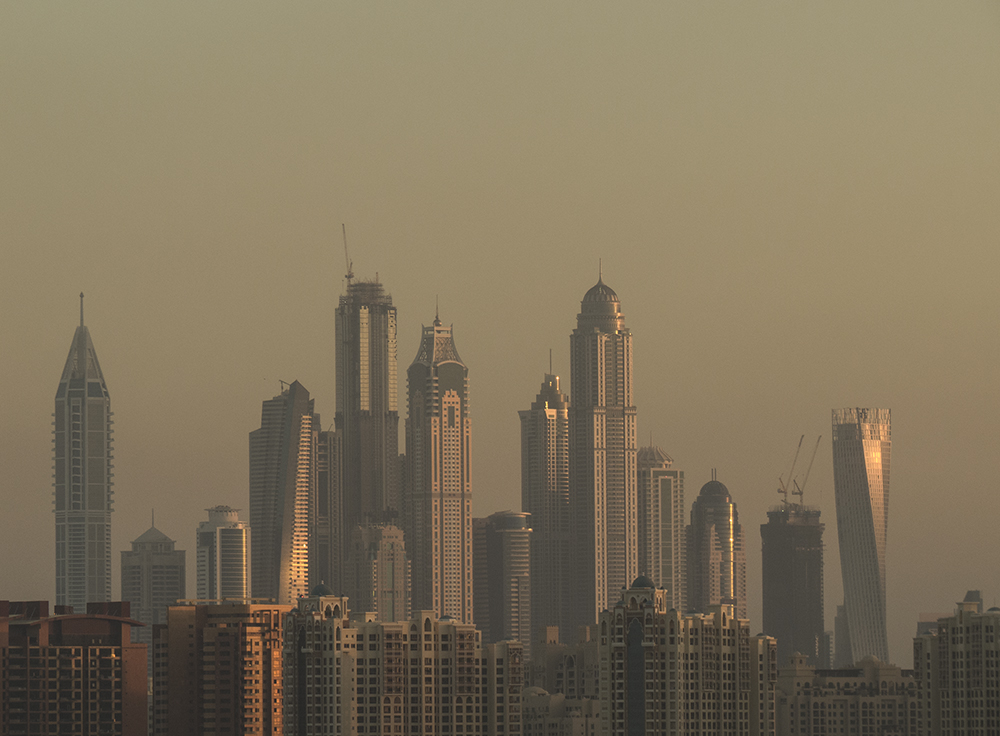