A convenient concert in Manchester permitted an unanticipated lifer today, with a reclusive male Little Bittern at Elton Reservior. Smaller than a mallard...

The LB was in the willow scrub just right of the oak tree... 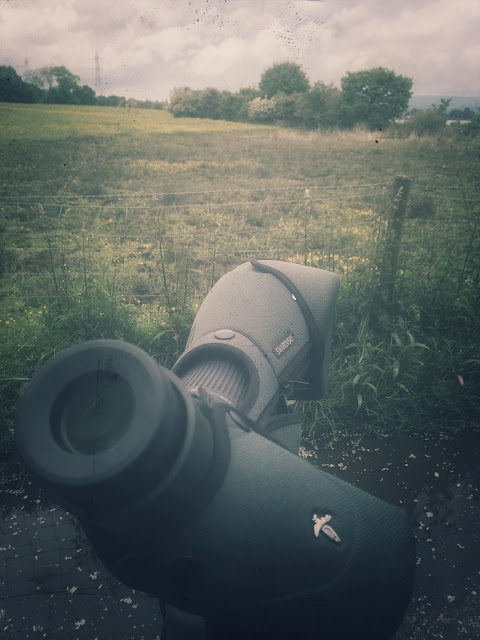 Foraging in the South West 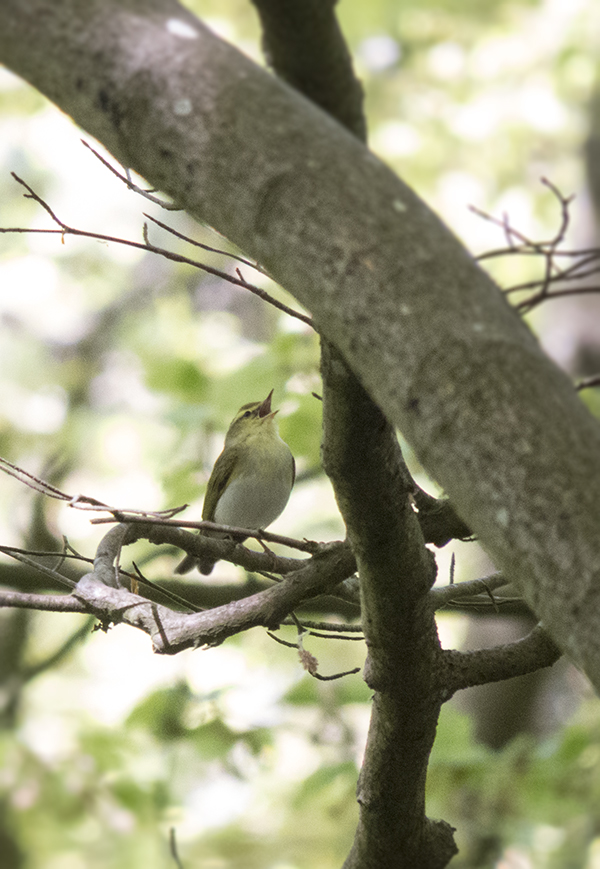 Further south, a family party of Ring Ouzel at Sipton Burn - both adults and two juvs.

After the relative excitement of Yank waders yesterday, Sunday was a more relaxed affair, with pedal power utilised rather than petrol. West Hartford - Arcot - West Hartford via a few urban stops produced a couple of year ticks - both at Arcot.
First up, Garden Warbler - a surprise omission in 2013 for me, so good to get this out of the way while still singing.
Second up, and initially looking like a dip was Cuckoo. GM had the bird in the SE field but it was lost to view as it made its way along the hedges. Some damp feet later (lots of water in them there fields today) and a venture back to the main pond revealed the Cuckoo perched on the perimeter fence, bingo.
Lots of other migrants apparent today - lesser and common whitethroat, willow warbler, chiff chaff, blackcap, swallow, house and sand Martin, swift and common tern. Hopefully still a surprise or two left in this spring passage...
Posted by John Malloy at 17:48 No comments:

Headed north mid morning after the heavy rain took a break, with Beadnell Bay being the first port of call.
The Lesser Yellowlegs, albeit distant, was  readily available on the flash north of the Long Nanny burn, with Little and Arctic Tern flying over the dunes too.
Further north at the flooded fields near Hoppen Kiln the Pectoral Sandpiper was added to the day list, along with a Wood Sandpiper and four Garganey (1 drake). On the roadside a Tree Sparrow was nesting.
West Hartford was enroute home, and a flyover Yellow Wagtail was a bonus. On the flash were two Shelduck and a single Moorhen, while the reeds continue to hold many Reed Bunting. Swift were in their tens over the River Blyth.
Posted by John Malloy at 16:14 No comments:

Time for a quick chat

Delighted to finally add Woodchat Shrike to my County list this afternoon - a species I've seen three times in neighbouring Durham and others elsewhere. Albeit very distant, and a record shot only through the scope at x70 with an iPhone on full digital zoom too...


Close by even worse pictures were taken of the great white egret at Druridge (most certainly a different bird to the one I found at Arcot last month), I'll spare readers of those atrocities, it was bad enough last time...

Some nice views of both yellow wagtail and whimbrel too.

A morning outing to Newbiggin failed to connect me with a county tick - the western bonellis warbler had stopped singing and showing some 15 minutes before my arrival - just over 2 hours vigil was rewarded with a common crane flying low south over the ash lagoon.
Maybe more later?
Posted by John Malloy at 13:08 No comments: