Last visit to West Hartford for March 13, with another dusk visit. Great minds think alike, as Liver B arrived too. Not a great deal to report - the pool held 1 lapwing... While my struggle continues on the tree sparrow front - a visit earlier in the day may fare better. As roost became an urge 9 meadow pipit dropped in and 14 waxwing (presumably the same birds as a couple of nights ago) landed briefly on the roadside trees before being moved on by a couple of magpie.
Posted by John Malloy at 20:23 No comments:

With the onset of longer evenings, I've spent the last two patrolling West Hartford. Not a significant amount to report - 11 waxwing flew over on night 1, while this evenings search for tree sparrow failed - I still managed my own (belated) WH first - calling water rail. In addition, two curlew and two grey partridge were new for the year, and a distant short-eared owl hunted the fields towards Plessy. Buzzard have been more obvious than of late, with circling birds both at WH and from home.

But still enough to be a pain, so much for Spring....

Took the bike down to a raw feeling Blyth this afternoon, it was high tide with a rough sea, so the relative sanctuary of the harbour was to be the birding destination. And jolly good it was too.

Four little gull continue to show extremely well between the piers - with the feeding taking place only yards away I wish I had troubled myself to bring the SLR down... but no, the bike list demands light travel, so the new Powershot was taken.

Flight photography is very tricky when using the LCD screen, so I took many a "part" little gull and a heap of blurred images in the difficult windy conditions. More obliging for the point and click was the snow bunting - nicely pointed out by Brian. 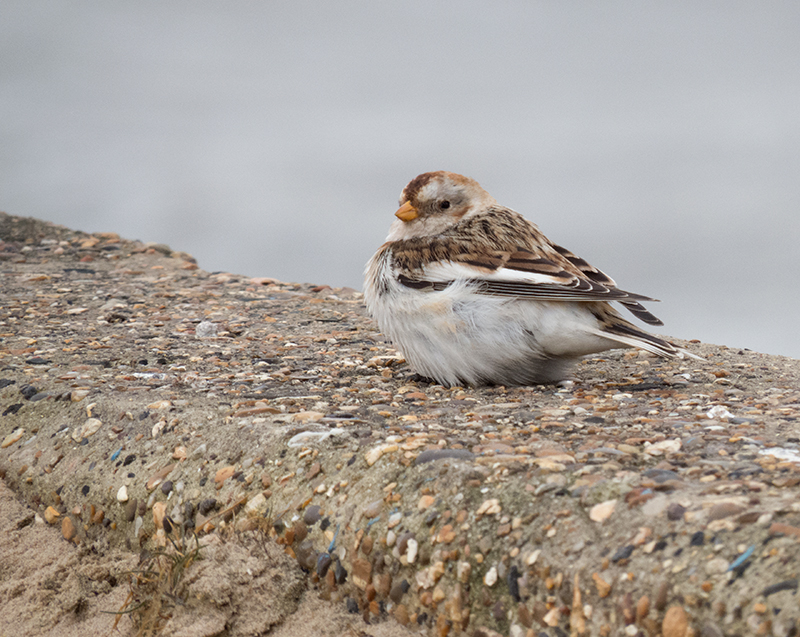 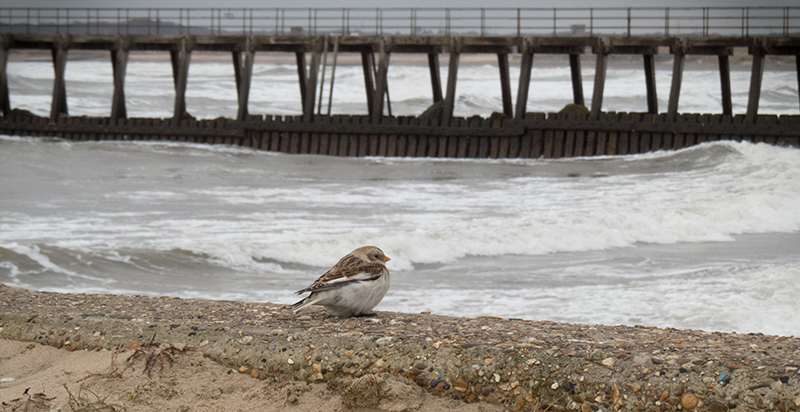 On the little beach between the piers a few waders fed - sanderling, turnstone and one purple sandpiper.
Posted by John Malloy at 19:00 No comments:

I recently purchased a new "bridge" camera for concert photography - a Canon Powershot SX50 HS. Perhaps with some coincidence the latest issue of Birdwatch arrived today, containing a review of the said camera. 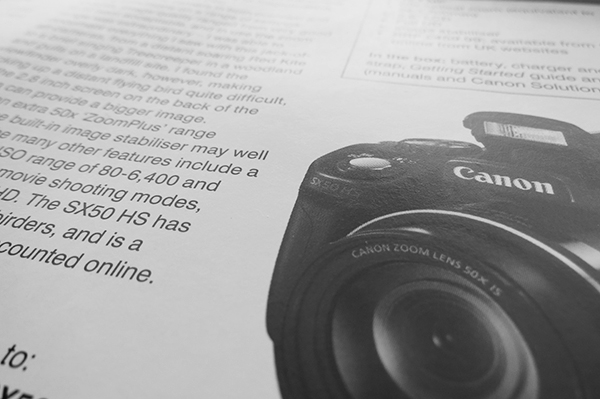 While I never bought the camera with bird photography in mind, the impressive range of camera functions and flexibility of a 24mm wide angle to a whopping 50x optical zoom (1200mm in 35mm terms) make a portable camera quite convenient for record shots. The camera also boasts full HD filming too...

So when a group of waxwing arrived this afternoon (albeit after 16:00, overcast and arctic conditions), a quick couple of snaps were called for (from the inside the house, I'm not stupid!)...

24mm - spot the waxwing in the top of the tree behind the house: 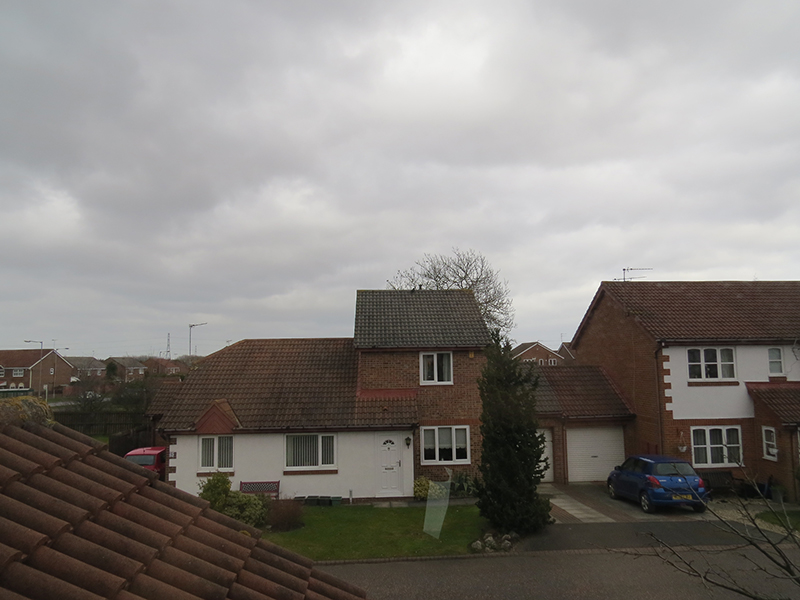 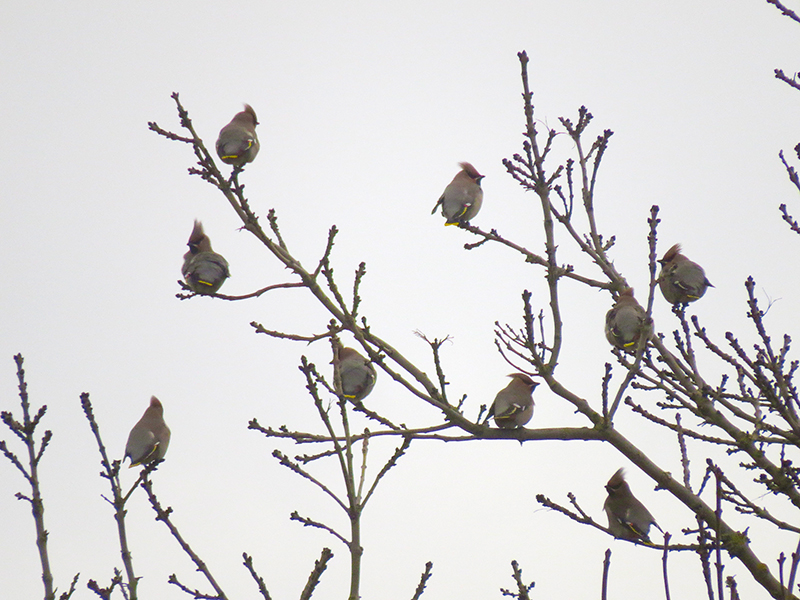 Images taken in .jpg, all in auto mode so no fiddling with exposure for better imaging (RAW possible in manual mode), original width 4000 pixels, reduced to 800 pixels for the blog. Not bad for a record ...

As March falls into it's latter stages, the warmth of Spring is not even hinted. Its absolutely freezing, with a cutting easterly blow.

Sundays birding was from the relative discomfort of the push-bike, with a lap of Northumberland's most delightful village. The route took me to West Hartford where STH had reported a drake shoveler earlier in the morning. Sure enough the dapper drake was still present, along with 40 teal, five gadwall and a couple of mallard. Good going for the patch. Ten oystercatcher huddled on the shore.

Bassington NR was a void of nothingness, my hopes for a Cramlington green woodpecker are decreasing as the first quarter ends, it'll be up to a calling bird at Arcot for a few weeks last hope.

Northumberlandia was the next port of call - despite the weather a few families were out for midday walks, and the site was very quiet bird wise. The land to the east of the opencast looks promising for the next few years, with newly planted trees looking favourable for owls and the like, maybe a wintering great grey shrike too... From the top of the Northumberlandia "face"I could get a great view of the surrounds - snow to the land not far west, and raging seas along the east coast. Ah, I do love Spring.

Beacon Lane remains little owl-less and I even managed not to find any yellowhammer today. Arcot Pond was better - still good numbers of wildfowl on the water - three goldeneye were my first in Cramlington for 2013, while support came from pochard, teal, mallard, wigeon, tufted duck and plenty of coot. Could not see the little grebe, probably in the reeds...

The detour via Valley Park did not provide the hoped for Jay, but approximately 25 waxwing at the start of Greenlaw Drive were a nice bonus.

I was lured out on the push bike late morning, for what was a cold hour.

Headed down to Blyth to check the pink footed goose flock - rewarded with a single immature white-front (assumed to be the bird from Woodhorn in February). Not able to pick any bean out - need a scope for that!

The unexpected highlight was the discovery of a small flock of tree sparrow at the Laverock Hall Farm - my first in almost 30 years of birding Cramlington, right on the border mind!! 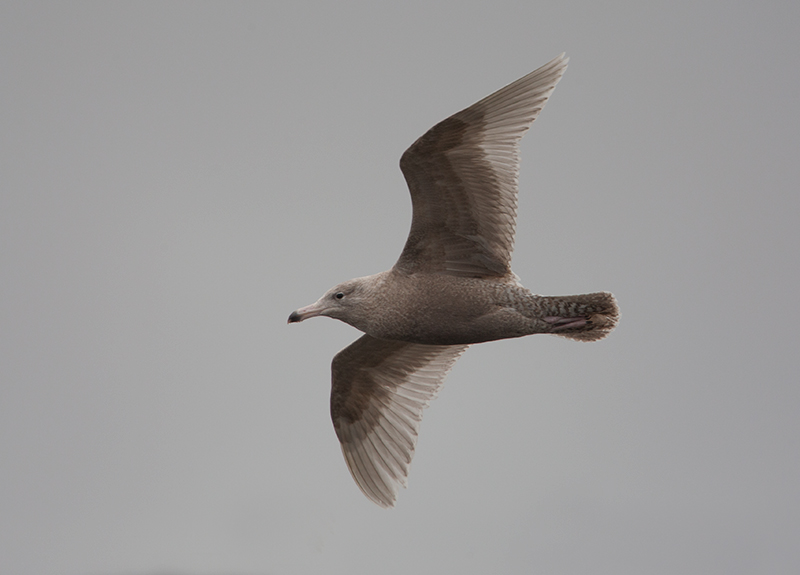 Bitterly cold start to the weekend... the brute of a Glaucous Gull must feel at home at North Shields. No Iceland counterpart during a brief exposure to the cold this morning. 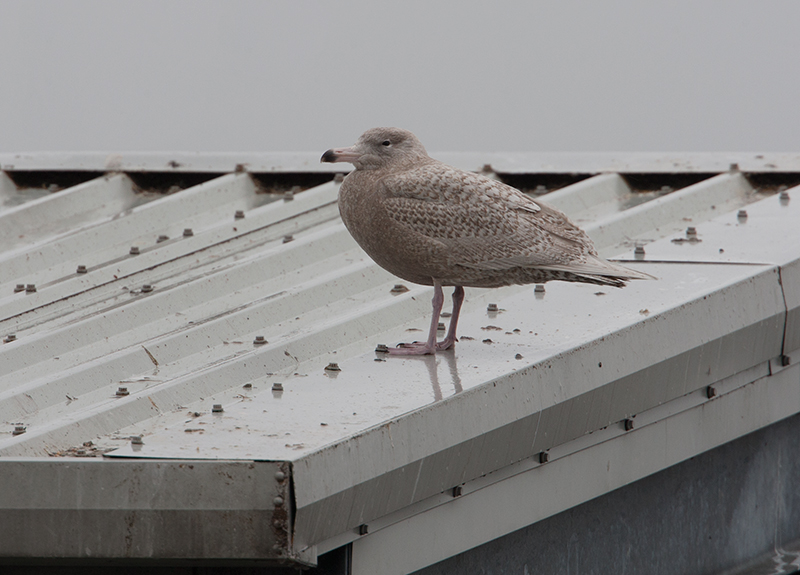 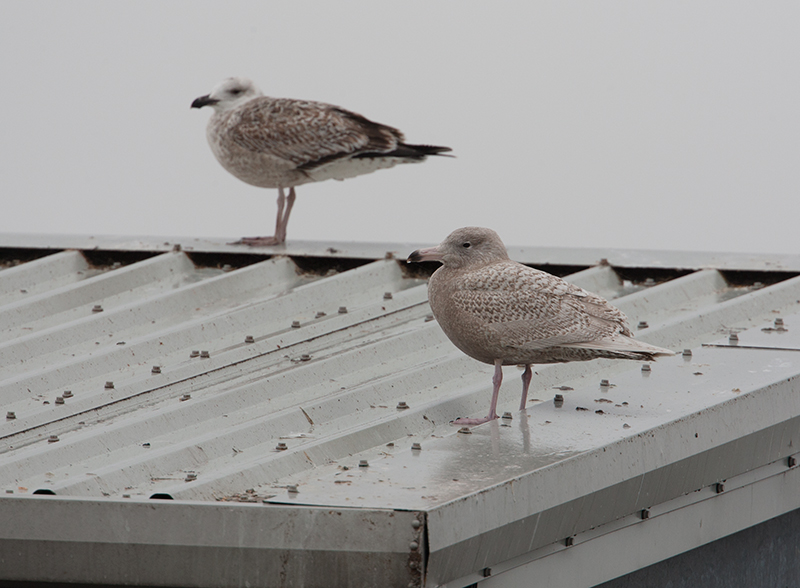 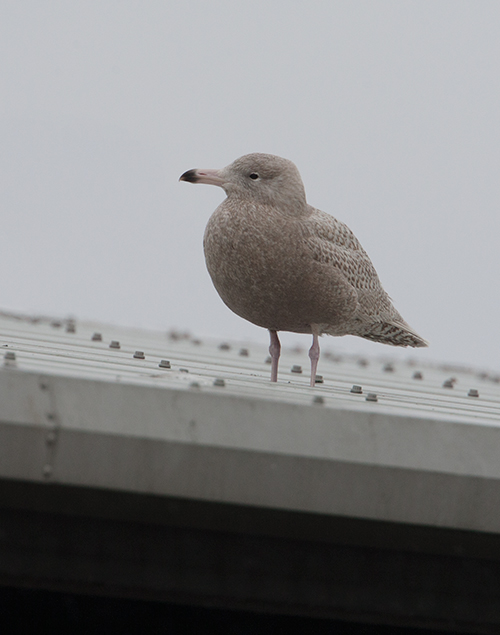 A gull inside the mouth

Headed down to Tynemouth / North Shields on the bike this morning - third trip to the area in the past few weeks in hope for a white winger.

Success came in the form of the immature Glaucous, pointed out on the middens. A good result for the bike list. A hundred or so pink footed geese flew over too.

The return journey resulted in the feral barnacle goose on the boating lake, the whooper swan and 3 great crested grebe at Killingworth lake, two goosander on Arcot, and a winter high of three short-eared owl at West Hartford.