A mini-twitch to West Hartford this afternoon did not provide the hoped-for red kite that Phil had a little while earlier, but a fly through female marsh harrier was new for 2012.

Several whitethroat, sedge warbler etc kept us going while we scanned the skyline to the north, while on the pool 4 shelduck and 2 coot remain. 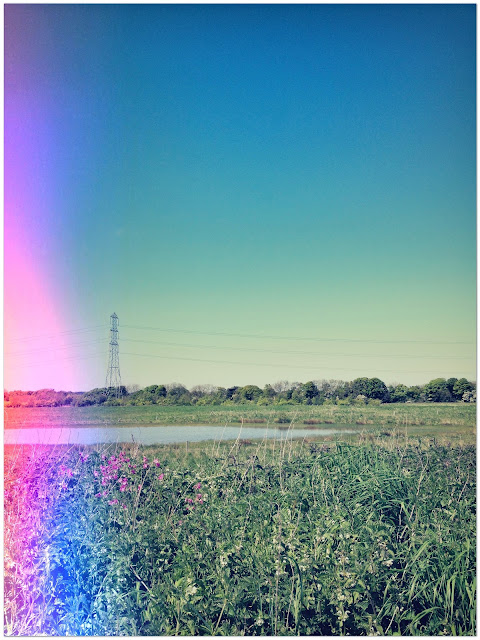 A week of nightshift complete, so a cycle to West Hartford was in order to blow the shackles of the heavy head away.

Rather quiet today, but a couple if garden warbler singing strongly was nice. 4 shelduck off and in the pool and maybe two pair of sedge warbler now. Grasshopper warbler still elusive and silent.

Water levels are still high, and the two oystercatcher that dropped in couldn't find a shore to their liking and promptly carried on after circling and skimming the pool. 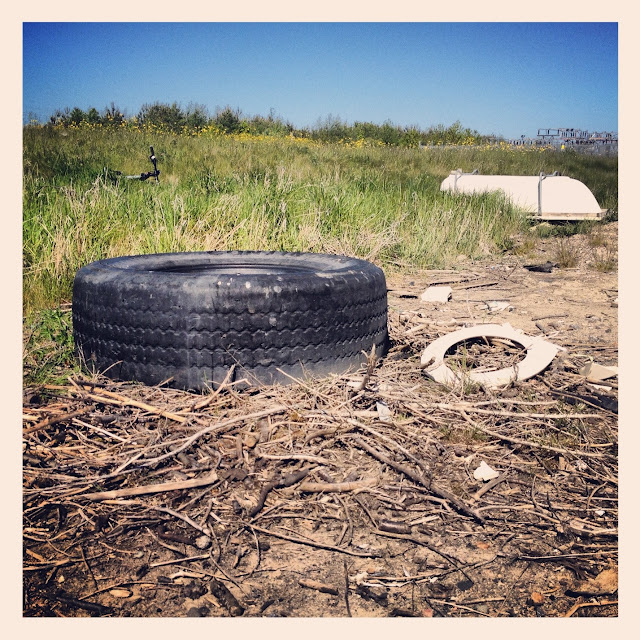 Caught up with little owl this afternoon on a pleasant bike ride through Cramlington, plenty of yellowhammer too.

Not hearing much in the way of sedge or grasshopper warbler though... 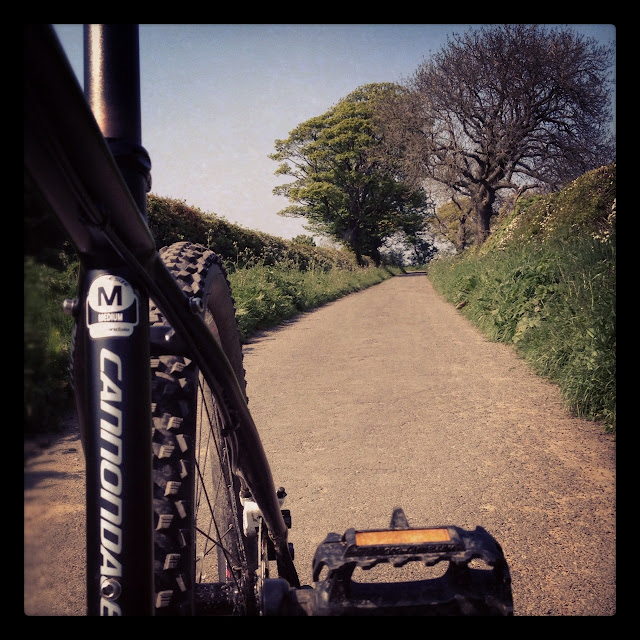 A long anticipated Cramlington tick was provided courtesy of STH and GM mid evening on 23 May, in the horse paddocks adjacent to Beacon Lane.

No immediate sign early morning today... So a hasty decision to quickly collect last night seems to have been the right move! 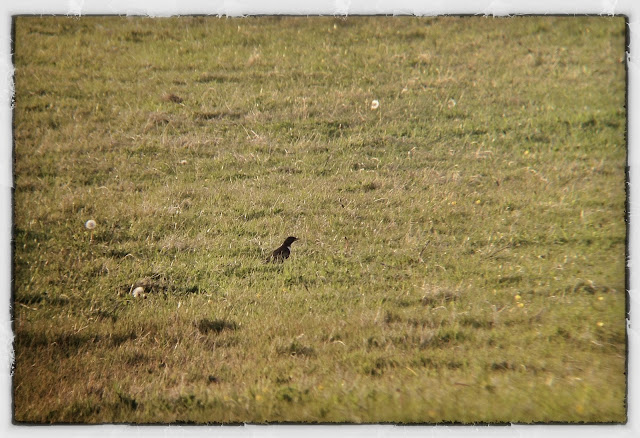 A day or two late ~ Wrong direction on Saturday and work on Sunday.

So pre-nightshift on Monday it had to be.

A few wheatear were about as much as I could find on a walk from Chare Ends to the Lough on Holy Island.

An hour or so at the causeway as the tide pushed in was impressive to watch but without target species... A single little egret was mild compensation. 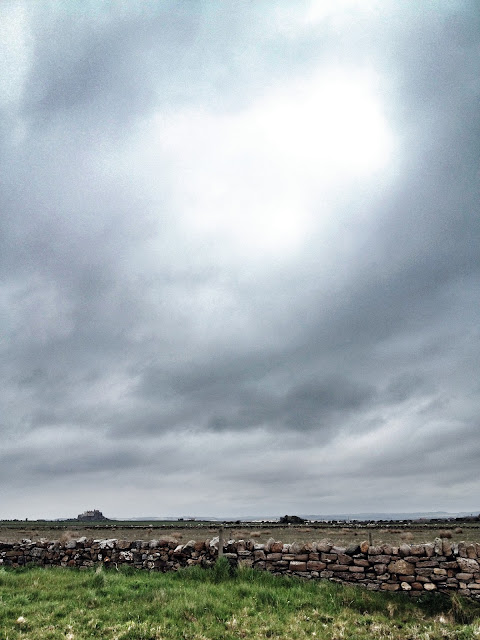 Headed south this morning to Teesside for a meet up with John B and Mark. Heavy rain predominated the visit, but we did manage to collect little ringed plover, avocet (many at Greatham Creek, good to see), reed warbler, 2 wood sandpiper, drake garganey, little egret, yellow wagtail and little gull.

Undoubted highlight of the trip was arriving at Cowpen Bewley late morning (no rain!), and being treated to very decent views of the singing nightingale - I think it's only the third I've actually "seen".

Look at the tree and listen to the nightingale here: 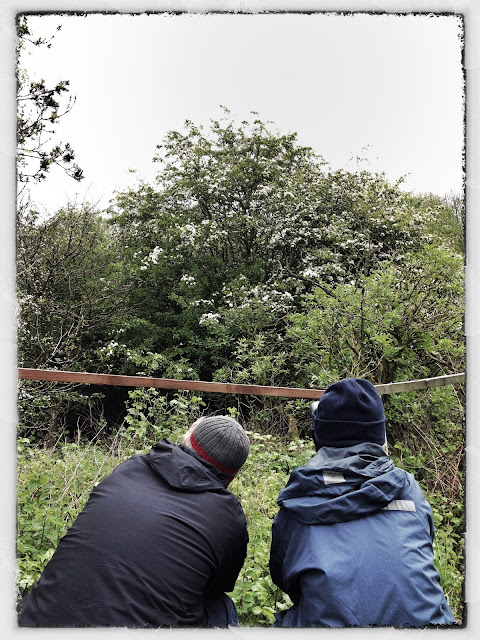 The week that was (not)

A week of earlies gave plenty of birding opportunities - all of which (bar cuckoo success) were fraught with dipping!

Holy Island causeway with Phil added whimbrel to the yearlist but no joy with our main quarries - Kentish plover or white-rumped sandpiper, while on Friday news of a male red backed shrike at Newbiggin provided another unsuccessful trip out.

Wonder what the strike rate will be this weekend?...
Posted by John Malloy at 06:28 No comments:

After a week or so of gripping text messages, blog updates, gritty record shots from GM etc, I finally caught up with not one, but two cuckoo at West Hartford this afternoon. Doing a circuit west of the pool, the birds were occasionally vocal and under the duress of meadow pipit and the like. A first for me at this site, so appreciated as a claw back! 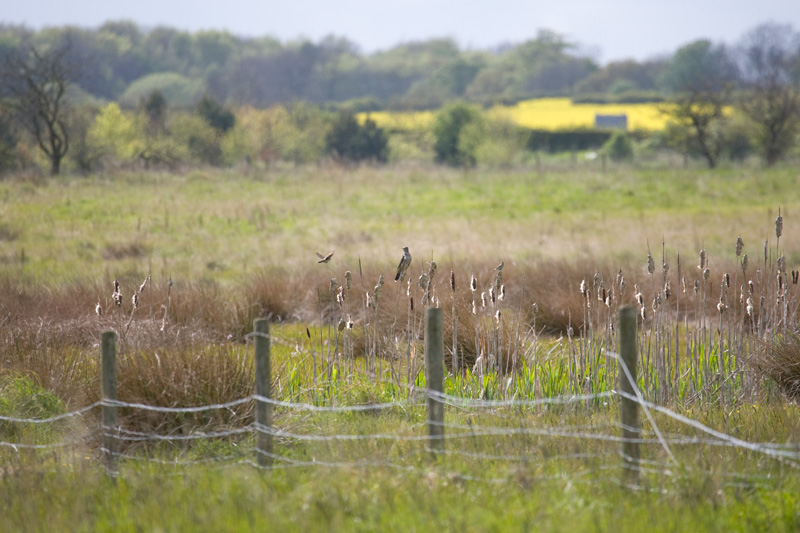 The pool was heaving with barn swallow, plus plenty of swift, sand martin and house martin.... A couple of sedge warbler sang but their grasshopper counterparts remain silent.

Coot remain (and are nesting), while shelduck numbered 2 on the pool and 2 over the River Blyth.
Posted by John Malloy at 17:04 No comments: 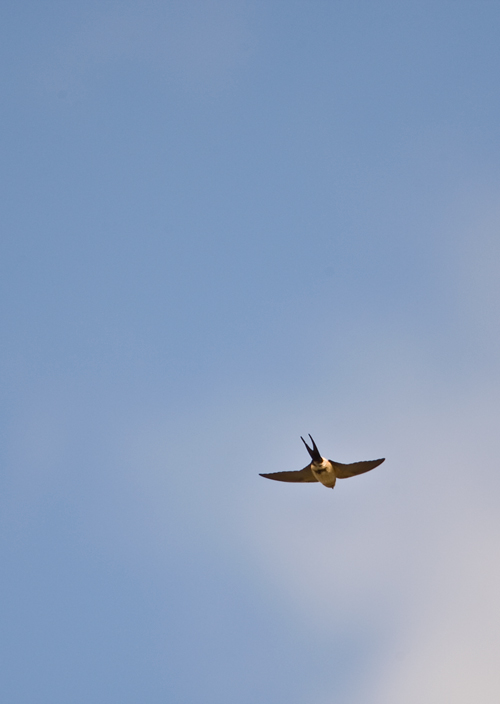 Suitably refreshed from the difficult early morning visit to West Hartford, Mark and I headed north on a planned casual potter in the search of migrants. However, the day was not as straight forward as it had initially seemed.None of that "look for our own birds" lark, its much easier to go and see what others have put effort in for!

So Lynemouth was our first stop, and two very nice red-rumped swallow were pointed out over the sewage works (found by Ian I believe - nice one).

Pretty much always distant the two overshoots were mixed in with healthy numbers of sand martin, house martin and barn swallow. A county tick for Mark, so a great start.

We had one brief close flypast, and all I could manage was a record shot of the bird veering off... not as photogenic as the Wallsend Swallow Pond bird a few years back...

There was some interesting conversation about antics at another site earlier in the morning. Suffice to say the culprit remains blissfully uneducated.

Next up, more watching birds that others had found. A cracking male whinchat near Cresswell was a year tick, while garaganey continue to elude.

Further north still, a stunning male red-backed shrike near Hauxley gave distant views but was much appreciated by all.

Chips consumed at Amble then up the coast for the final "red"... not so lucky this time the red-spotted bluethroat at Football Hole had last been seen a couple of hours before our arrival, no doubt disturbed by a horse or perhaps tresspassing tape wielding idio,,,,, whatever....

No worm for the early bird

A busy period at the "current" workplace, so messages of drake garganey, cuckoo, whinchat et al have been merely observed from afar this week.

I afforded a brief stop on the journey home last night, taking a quick binocular-less look/listen from the roadside at West Hartford - a single showy and vocal whitethroat was a belated year-tick.

This morning I arose early, very early infact, so the cycle-powered visit to West Hartford was underway by six and over not long after seven. Bright and sunny, but bloomin' cold! 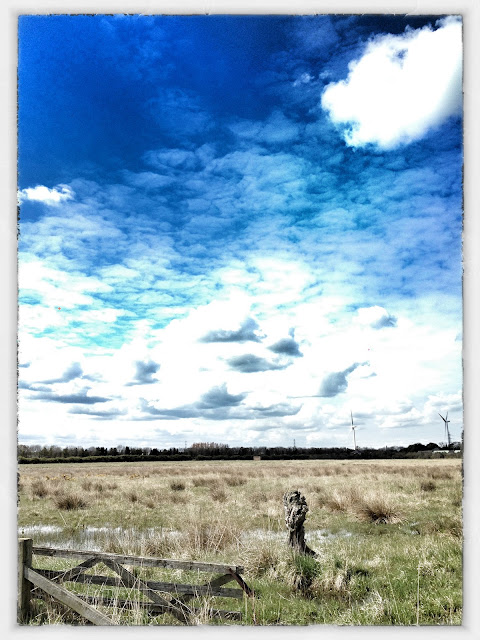