Managed an hour birding this afternoon, with the five white-fronted geese collected south-east of Ashington hospital - only one of which was not sat tight to the ground roosting - a greenland race bird.

QEII eventually provided distant views of the smew pair - it's been a while since I last copped eyes on a "white nun" - distant but appreciated.

March is round the corner, so things are looking up!
Posted by John Malloy at 17:30 No comments: 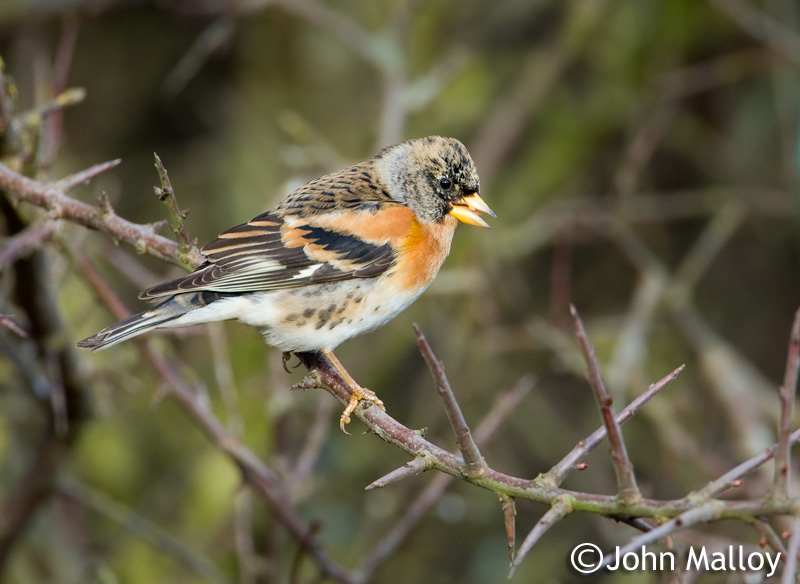 I headed up the coast this afternoon, taking advantage of some nice sunshine and a late start to the working week. Stopping off at Woodhorn there was no sign of any white-fronted geese on the pools or surrounding fields, tho a bathing peregrine near the power station was a bonus.

Cresswell was extremely quiet, with only shelduck and lapwing being noted from the roadside!

The action, so to speak, was further north at Druridge Bay Country Park. From the water-sport end of the pool there were many mallard, some coot and moorhen, a few tufted duck, golden-eye and red-breasted merganser. At the visitor centre the feeding station was very busy - primarily with siskin, coal tit, blue tit, great tit and greenfinch. Foraging below, chaffinch and some brambling. While this was all well and good, the birds were a tad distant for the camera - so after a brief wander and eventual re-position in the car, I set up next to the secondary feeding station - some feeders next to the turning circle beyond the main car park.

This prove to be a good location - the afternoon sun was perfectly positioned to light the feeders and there were plenty of brambling feeding in the area (and I was able to sit in the warmth of the car!). While it would have been tempting and easier to photograph them on the feeders, I opted to try and get some images as the birds worked their way to the food. 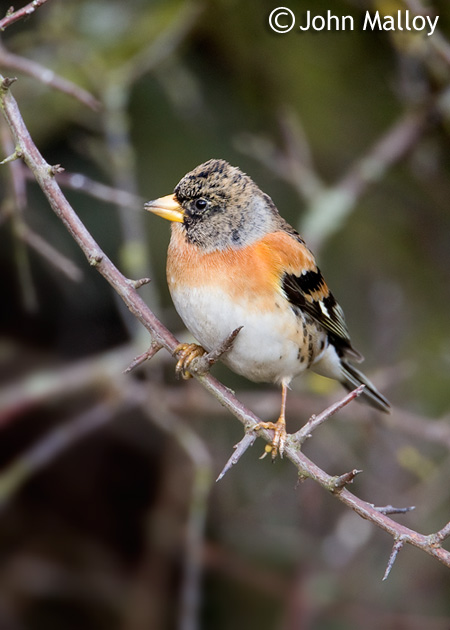 By late afternoon it was time to head back - via West Hartford. Recent reports have suggested that short-eared owl are back - not today, just a couple of shelduck on the pool and plumiting temperatures!
Posted by John Malloy at 17:30 2 comments:

My new blog for all the concert and music related stuff that's not really applicable to this blog...

I must get out birding sometime(s)...
Posted by John Malloy at 18:18 No comments: