A late morning report of a drake american wigeon was sufficient enough to lure me up the coast for an hour or so today. Distant but easily picked out, the drake spent time feeding in the field adjacent to the NWT hide alongside european counterparts, pink-footed geese and a lone brent goose.

The pace is quickening, hopefully the photographic subjects will become more accommodating.
﻿﻿﻿
﻿﻿﻿
Posted by John Malloy at 15:57 No comments:

After reading Phils' tales of short-eared owl at West Hartford last night I thought I'd try my luck this evening. Sure enough the SEO made an appearance, so after nipping back to the car for the camera gear I returned to my roadside vantage point and found that the bird had gone to ground. Nothing unusual here, as SEO can disappear for periods inbetween feeding - so I waited.

Annoyingly, at about 17:55 my owl attention was diverted as a suspicious white head popped up out of the ponds reedy edge... and after a moment of uncertainty, there it was - my second Cramlington great-white egret. No longer treated to capital letters on the pager, this is still a rare egret 'oop north, so I quickly got the news out via phone call and text. Given the birds position (south-east corner of pool), I advised all to join me at the roadside so not to disturb.

Phil was the first to arrive - he'd dipped the last two records, and as he headed back to his folks car to let them know I'd give him a lift back, out popped egret number 2 - amazing!!!

Gordon arrived soon after, all suited up I might add, along with a few speedy others. Good move, as with all two other Cramlington records, the pair soon headed off north west as dusk set in.

As with the Arcot bird that I found 2 years ago - I had the camera, but the birds were way too distant - so it's record shots only... here goes... 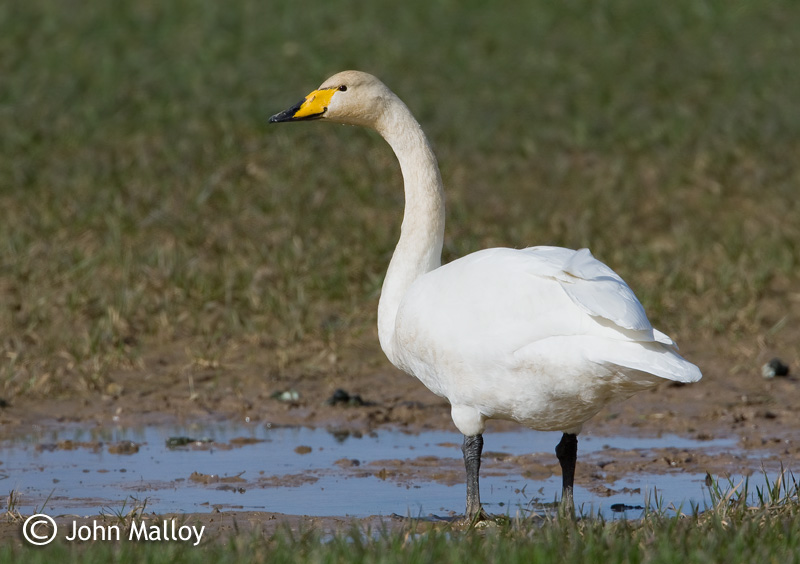 Took what seems to be an ever decreasingly frequent trip up the coast this morning... and there was very little to see! No sign of the waxwing at Ashington, or any smew at Druridge Bay Country Park. Two set of 4 whooper swan were noted though - on Cresswell and just up the road from Druridge. Chips at Amble and a couple of brambling saved the day, again!
Posted by John Malloy at 16:42 1 comment: 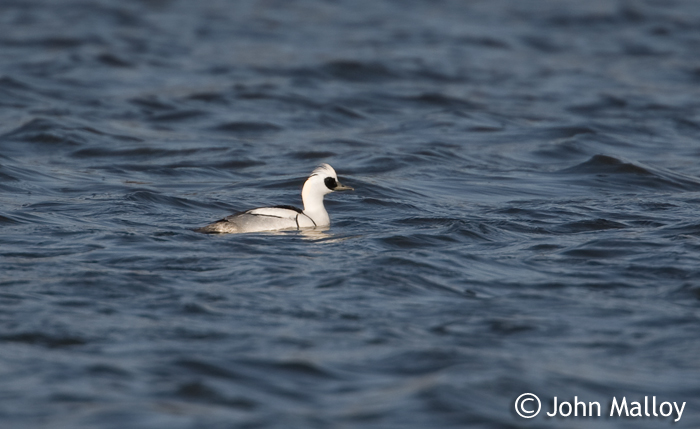 ﻿
A late afternoon trip up the coast resulted in little of note for Druridge Bay: no sign of the smew pair at QEII, but success at Druridge Bay Country Park ~ the pair were picked up quite easily from the water sport car park. Photographically too distant, so it's a record shot of the smart drake...
West Hartford was showing signs of sprint - 11 oystercatcher, 3 curlew and two pairs of shelduck.
There could be sand martin by the month end!
Posted by John Malloy at 18:54 4 comments: