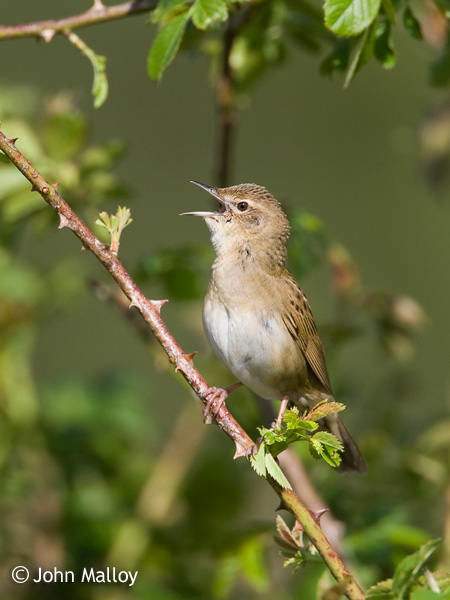 After a frustrating Friday - not connecting with either black-crowned night heron nor black scoter, Saturday morning has been spent trying to get to grips with grasshopper warbler at Arcot. It's a blustery but sunny day here - so while light is good, conditions are tricky as the warblers' are buffeted about in the bramble.
Eight common tern on the pond was a good count and lesser whitethroat are vocal, while at West Hartford, all was quiet... 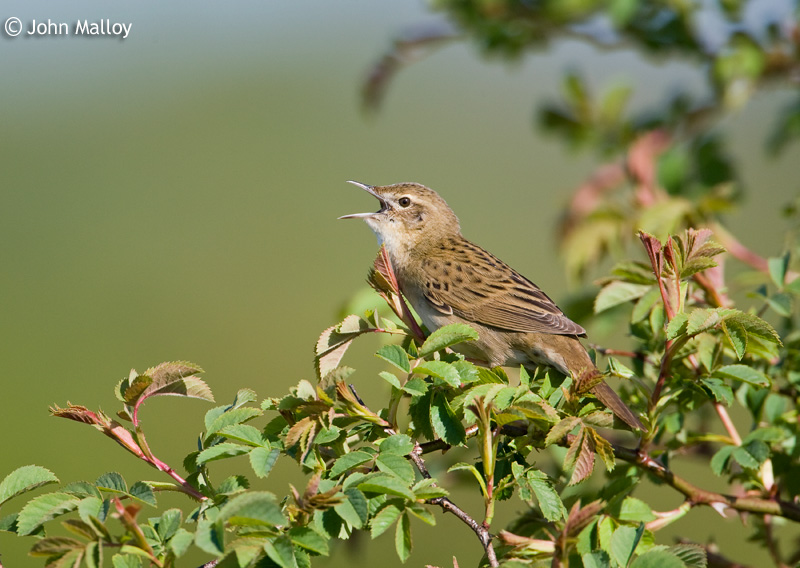 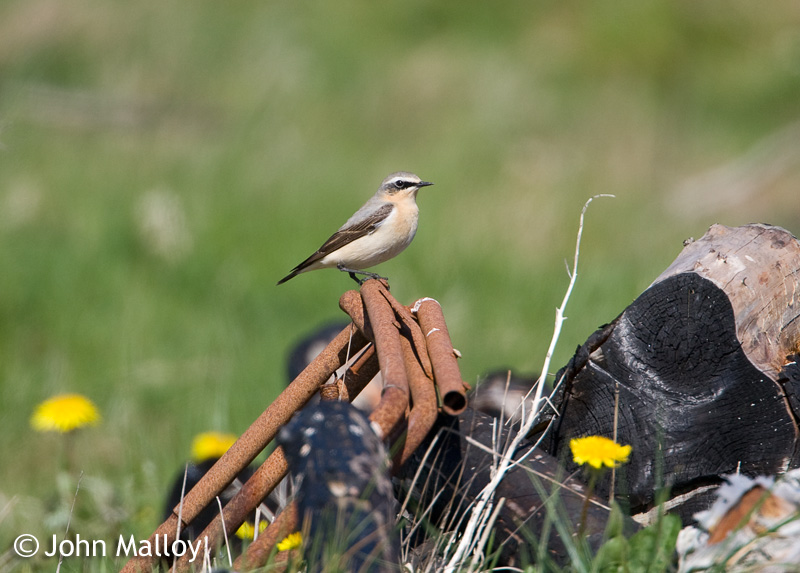 Wheatear are always appreciated at West Hartford, there has been a steady stream of birds through over the past week.

However, this species pales into insignificance after the amazing record of wryneck on the patch! Frustratingly for me, I arrived ten minutes after the last sighting (and spent a significant amount of time trying to relocate it) on Sunday. Congratulations to Phil and Lindsay - hopefully one or two of the photographs taken will appear soon.

Increased observer coverage led to the discovery of some other West Hartford scarcities - a singing yellowhammer was only my second on the site and common tern (2) were note-worthy. Grasshopper warber have started to sing for prolonged periods, so there are few dull moments at present.
Posted by John Malloy at 10:21 No comments: 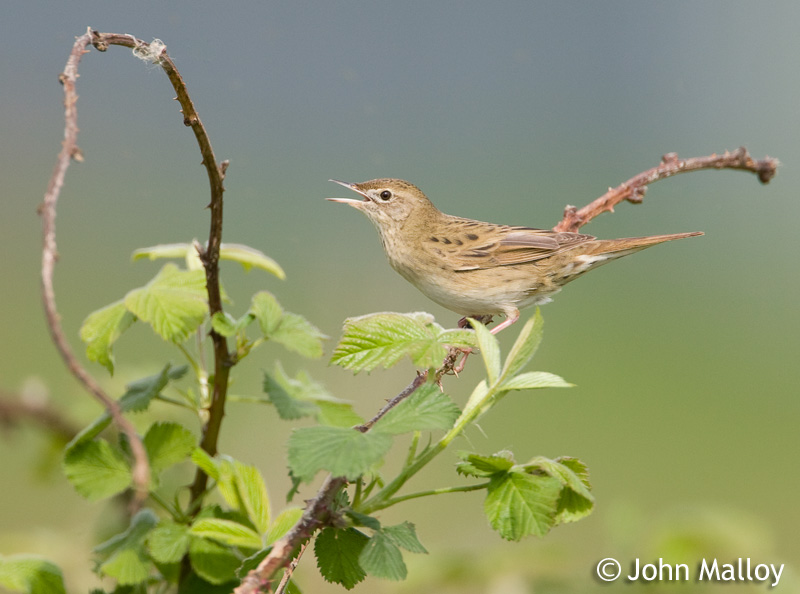 Spent some time at West Hartford this sunny morning. On the pool a single ringed plover was nice, until the arrival of some rival shelduck (6 birds today) created some disturbance and it flew east. One redshank also made an appearance, though there was no sign of the green sandpiper.

Warblers have arrived in good numbers, with chiffchaff, willow warbler, whitethroat, blackcap singing away, and at least 4 reeling grasshopper warbler. The grasshopper warblers have only just started to sing, and they were more off than on - prolonged singing should kick in over the next few days. No sedge warbler that I could hear (although they are back at Arcot). House martin intermingled with the barn swallow - no swift (or bee-eater!) yet...

Species of the day was northern wheatear - three males and a female at the end of the road this morning. Not the easiest species to pick up in Cramlington, generally a spring pass-through. 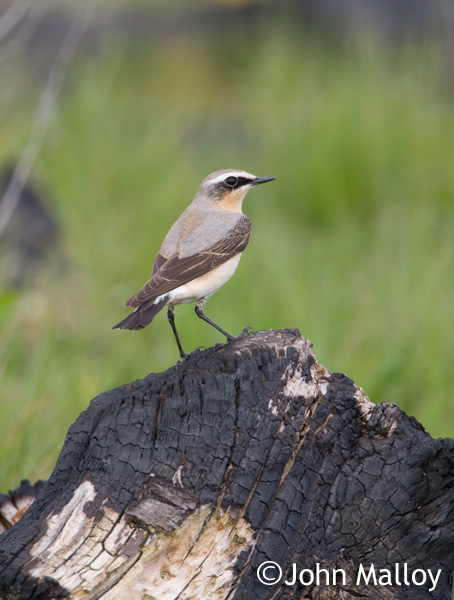 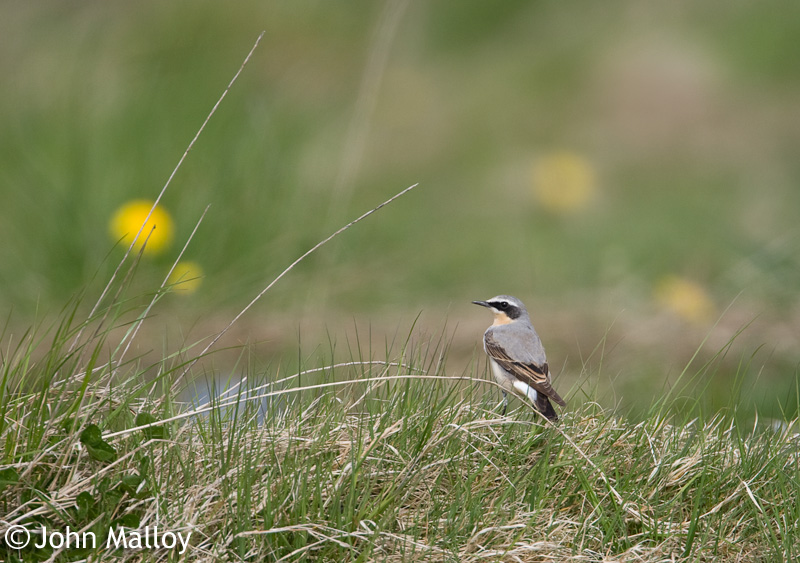 Nightshift has restricted any migrant watching this week.

Tuesday ~ called into Arcot Pond at 06:00 ~ grasshopper, sedge, willow warbler, chiffchaff and whitethroat all singing their hearts out from the road.

Over 'sometimes HQ 4 house martin made a welcome return yesterday evening, it's always nice to hear their "chatter" as they arrive back for the summer.

Wednesday ~ called into West Hartord for a quick walk to the wheatear wastelands next to the pools at 06:10 ~ no sign of any wheatear, but probably three grasshopper warbler "reeling", willow warbler a-plenty, while on the pool a pair of mallard looked suprised to see me so early, and gulls were represented by lbb,hg, bh and 1 c...

A long weekend beckons, hoping for some decent weather and some photo opportunities.
Posted by John Malloy at 13:54 No comments:

With a bright morning ahead I opted to try for another go at the drake black scoter, this time armed with a digital compact and scope ~ as can be seen below, I've lost any ability to digiscope - couldn't see the bird on the camera screen and the pictures were awful!... 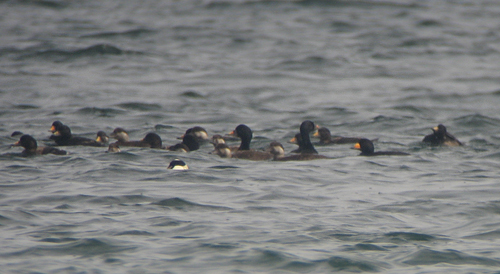 Further south I popped in to have a look at marsh harrier - 1 male noted, along with sedge warbler, grasshopper warbler, and further south again, 2 avocet on Cresswell.

West Hartford was quiet on Sunday - my first swallow and house martin were appreciated...
Posted by John Malloy at 16:12 No comments:

No apologies for the poor quality image, the scoter flock was a considerable distance and it was approaching 20:00... however, several others have commented on the display posture and apparent calling from the drake black scoter - here's an image of the former from it's first night off Stag Rocks... Thick neck is illustrated rather well here. 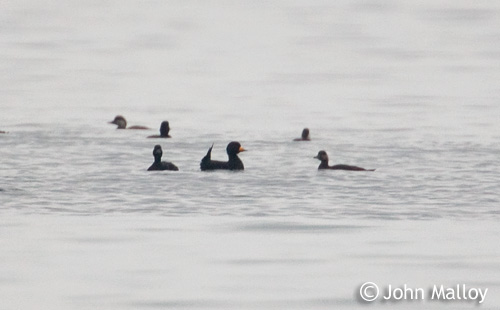 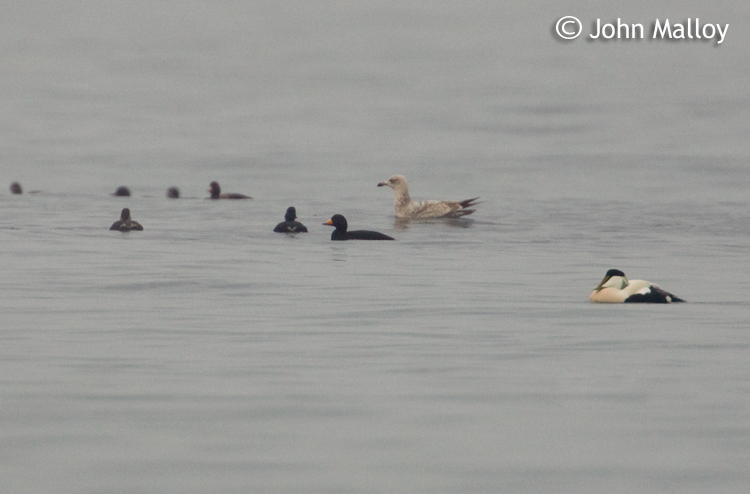 Struggled to get anything decent on the drake black scoter - a combination of dull evening light and a not so close subject. Great thru' the scope, but tricky even with the 2.0 extender on the 500mm...

The journey up with Phil was just about to become tedious as we left the speedy A1 dual carraigeway and progressed north on the single lane north of Morpeth... but the casual westward drift over of the presumed just-left-east-chevington immature white-tailed eagle gave us a conversation point for the rest of the drive! The eagle was getting a lot of gip from some jackdaw, but our "right place, right time" gave us a fly over no more that 20 meters infront of the car and a height of only thirty feet!! 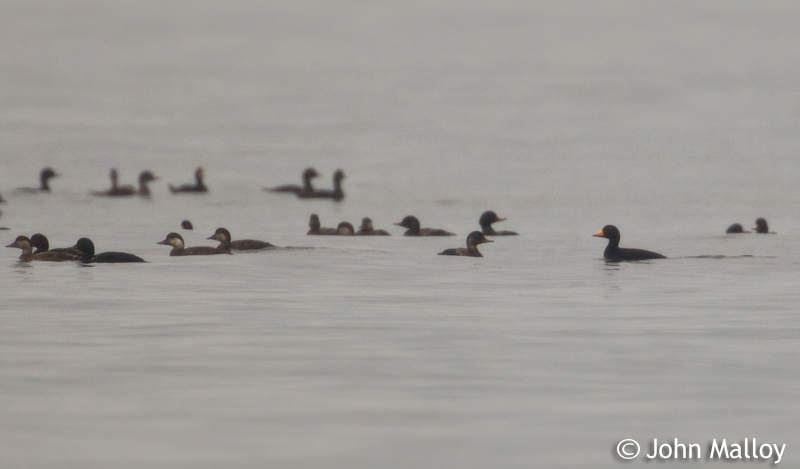 The thin line of the scoter flock can just be made out on the image below... 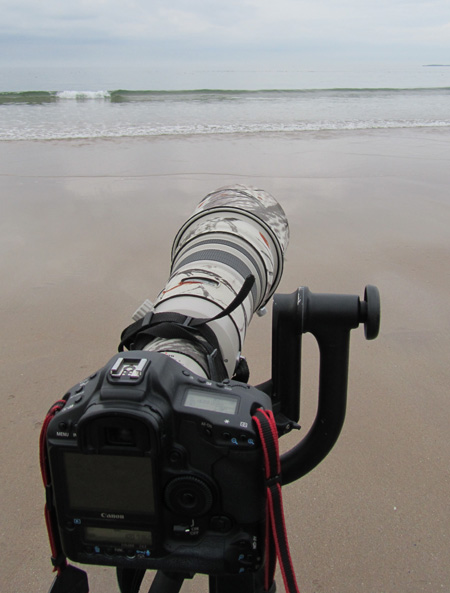 Just back from a late afternoon to dusk visit to Stag Rocks for the drake Black Scoter... Record shots online Friday...
Posted by John Malloy at 21:22 No comments:

Gave in to the pressure to leave Cramlington and bird elsewhere this afternoon... a report of sub-alpine warbler niggled from 10:30, and by 13:15 I crumbled - packed up the car and headed north. As I reached Fenham-le-moor confirmation came through, and it was with a little added foot pressure that the tick-mobile advanced to Chare Ends.

The warbler, a dapper male, visited the willow a few times during my three and a quarter hour vigil, and was by all accounts tricky to photograph out in the "open". I managed a few shots, of which more may appear tomorrow.  It was 22 years since my last Northumberland sub-alp (which also happened to be on Holy Island)...

West Hartford has enjoyed a decent birding-run over the last two weeks or so, with great white egret being added to the patch list just over a week ago and then a steady trickle of good West Hartford birds / signs of Spring... chiffchaff have arrived, a couple of sand martin have passed through, grey partridge are calling, short-eared owl are semi-regular (though not tonight!), peregrine (Monday), 5 goosander through, and tonight... another summer migrant.

It was rather cold tonight, but the clear conditions were enough to get me out for a couple of visits. Late afternoon was quiet and is hardly worth a mention.

Late evening - dusk was much cooler but more satisfactory, as the first scan west to east over the fields, River Blyth and pond produced the aforementioned migrant - a mighty osprey!

Actually, this was almost predictable... the north-east has seen a good passage of these fish-hawks through the region today - indeed, a quick scan of RBA reveals three in Durham and one in Northumberland...

It looked a bit like this -
﻿
﻿
... but it was really quite far away! The bird was a couple of hundred feet up, loafing in a NW direction , roughly above the River Blyth. It's funny how things turn out - Phil and I had been talking earlier this week about new birds for West Hartford (I fancy a Spoonbill by the way!) - and we never really discussed osprey...


This was my second osprey in Cramlington - the last being a two day bird at Arcot Pond in May 2003. This bird also turned up on a Sunday evening and was even fishing the pond! I arrived early the next morning armed with a trsty 3 mega pixel compact camera and scope, and to great suprise, found the osprey perched in the dead trees at the west of the pool (where in 2010 the 1s hobby rested - Cramlington is such a mecca!!)
﻿
﻿
So, with osprey added to the West Hartford list (I must count my tally up...), here are my anticipated species for the future -