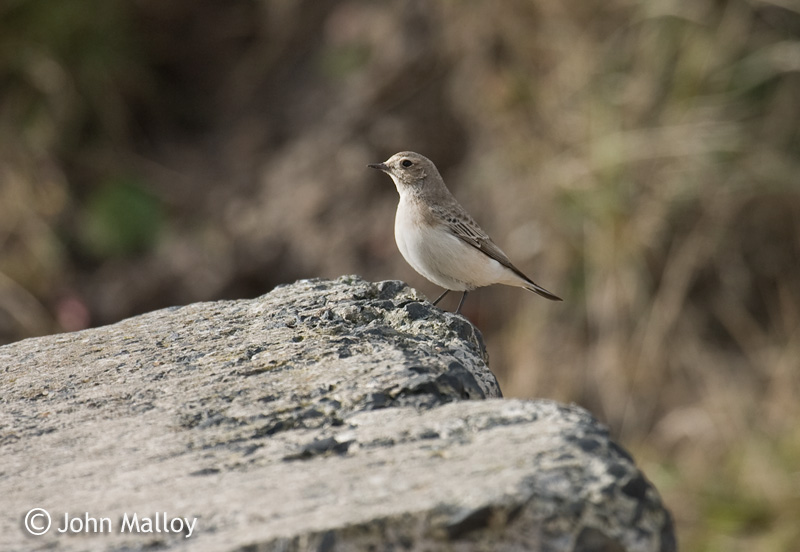 A very wet October 20th 2004 saw a good fall of migrants at Newbiggin late in the afternoon... my notebook reads "loads of brambling, goldcrest, 2+ black redstart, woodcock, chiffchaff, northern wheatear".... and 1 star prize - pied wheatear. I recall having to step over brambling on the track around the church, birds were literally dropping to the first land that they saw, exhausted and wet through.

The pied wheatear was in a damp and sorry state, but fortunately was strong enough to survive, spending a few days on the beach north of the point. A large number of birders paid a visit and the wheatear was very obliging at times!

The image above was from midday on 22nd October, my second of 4 trips to see the bird. Photography-wise the bird would be a dream for me now with a few more years experience - and better equipment - back in 2004 I had no real understanding of exposure either - so the above images' RAW file is very over exposed... photoshop has provided some much need first aid!
Posted by John Malloy at 16:06