Another snowy weekend in the north-east, so Saturday was spent processing some 2009 images of birds in Northumberland. It was nice to reflect on some of the birds seen and photographed, and had I had my wits about me I could have posted some here last December.

This afternoon was spent up the coast, starting with a look at the four eurasion white-fronted geese at Woodhorn - feeding with twenty or so grey-lag geese on fields inbetween the south pool and railway line. EWFG are always good to see up here, more typically I'd see the small flock of greenland birds that frequent the Grindon Lough area (saying that, I do hope to get there this week to catch up on the remarkable flock of 12 tundra bean geese that have joined them recently).

Next up was the Chevingtons - both East and West. None of the target birds were seen, a buzzard was as close as I got at West, and grey heron was the closest at East. The north pool wat East Chevington was ice free and supported a mix of great black-back, herring, common and black-headed gull, along with wigeon, mallard, teal and goldeneye.

Further down the coast at Cresswell the pond was 60% frozen, so the curlew, oystercatcher and redshank were all stood in the middle. A few goldeneye were present with mallard, teal and wigeon, but there was no sign of barn owl, something I had hoped to photograph in the snow. 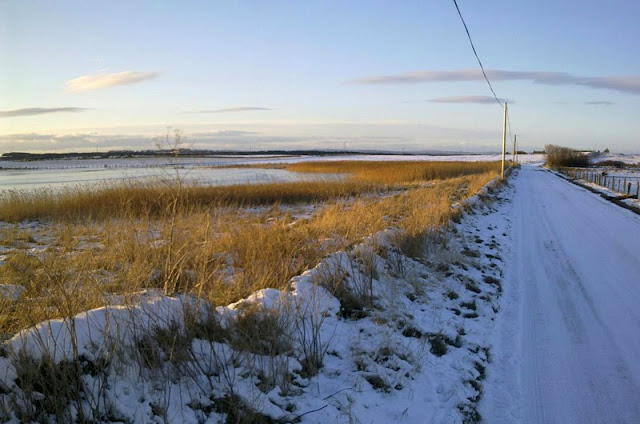 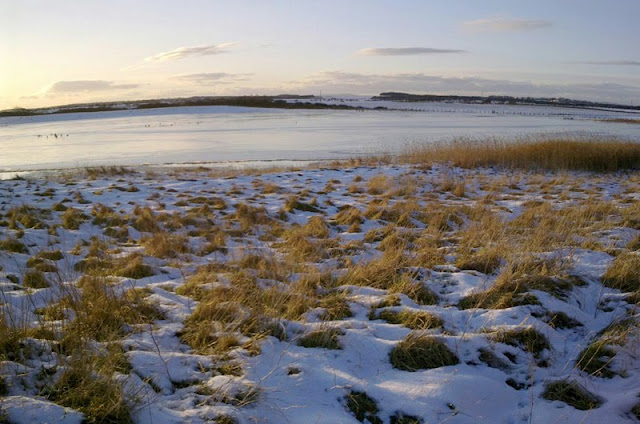 Cresswell Pond
The coastal road was entertaining to drive on as it was still covered in compact snow - the photographs today illustrate that, with two views at Cresswell and one further down the coast enroute home via Lynemouth (you can see the power station... haunt of the wintering hume's warbler a few years back). We don't see snow on the beaches too often in Northumberland! The curvy nature of some of the pictures is due to the attempt to utilise "panarama" mode on the mobile phones' camera.... it not arty! 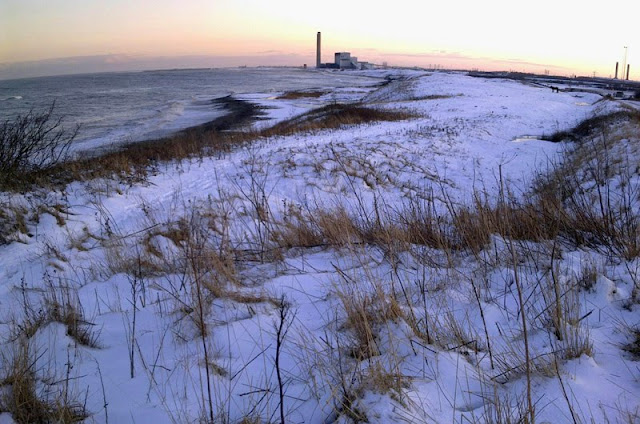 South to Lynemouth / Newbiggin
Posted by John Malloy at 18:48