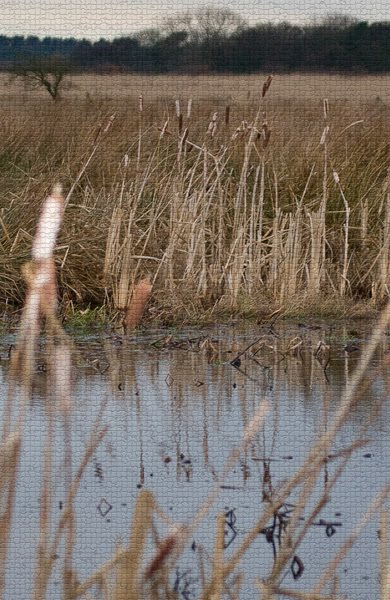 It was a bleak day in the north-east and it would have been easy to pop down to Blyth to tick off the second-year iceland gull that has been loafing around the south harbour. I chose instead to head to West Hartford for my first real thrash of the site in 2010.

With cold-weather gear on and some wellies I set about tromping through the wetland~field south of the pool. I was not disappointed, with 27 common snipe, 1 jack snipe (a species with an amazing ability to remain invisible up to a foot step in front of the bird!) and 3 grey heron.

On the pool, the ice free water held a respectable quota of duck (by West Hartford standards...), with roughly 35 teal, 20 mallard and, more impressively, a pair of gadwall - my first here for a few years. Still not having any luck with water rail... one day, one day...

With that I headed back home via the Horton Burn - no sign of the kingfisher today, but a moorhen was zigzagging across the water and five long-tailed tit moved through the hawthorns.