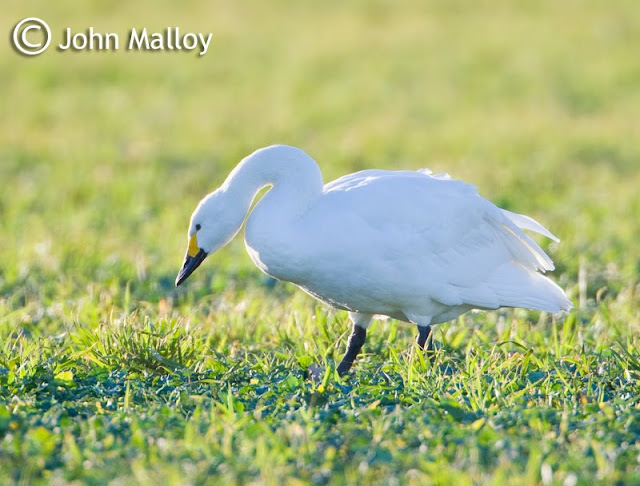 I took the opportunity to have another look at the two bewick's swan at Newsham near Blyth this afternoon - a decision that I should have made earlier in the day as the light was terrible!

The two birds were reasonably obliging and were prepared to stand their ground with the mute swans when the dog walkers headed down the track. 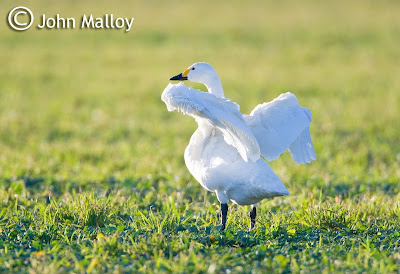 Given the distance of the swans the 2.0 extender was used with the 500mm lens, and in an efort to try and bring out some of the white plumage from the strong back-light and resultant shadows, exposure compensation was bumped up to +2/3.

However, I still could not eliminate shadow (as the sunlit parts of the swan were strongly lit and already buring out), but the results are ok as a record, all considering.


As it's a week of nightshift ahead, I'll have to hope that the flock remains in the vicinity so I can try a morning visit.