On the 31st December we headed out to Cape Point / Cape of Good Hope, heading south from Cape Town via Hout Bay. As we were unable to hire a car we chartered a private tour - giving access to the point but without the convenience of stopping exactly where we wanted... better than nothing I guess! The drive was dominated with beautiful scenery - high mountainous landscape and gorgeous beaches. Bird-wise it was fairly quiet, with southern boubou, african black oystercatcher, jackal buzzard, cattle egret etc noted on the drive. 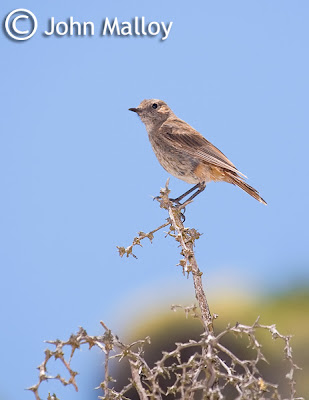 At the Cape, rock martin were common and there were plenty of cormorants - mainly cape and white-breasted. A few orange-breasted sunbird flicked about, red-winged starling were numerous and my only cape sugarbird was seen from the moving car!! Familiar chats were abundant. Along with not seeing cape grassbird, cape bunting was also dipped. 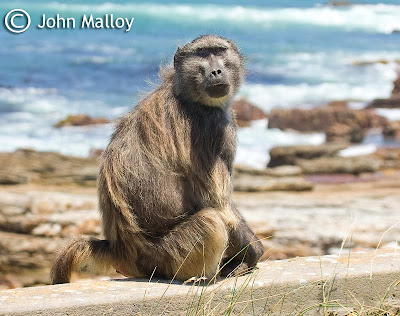 Highlight(s) of the visit were the more "non-birder attractions", namely the chacma baboons and feral common ostrich!! The baboons were frequently encountered on the access road, while common ostrich were seen from the coastal path that links Cape Point and the Cape of Good Hope ~ additional birds, including the birds featured in the photographs below were seen on the roadside. By golly they're big! 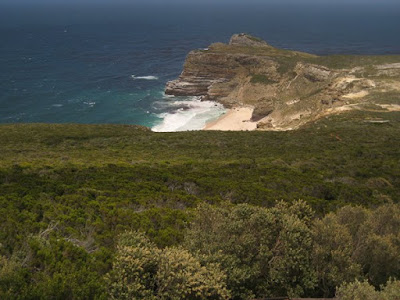 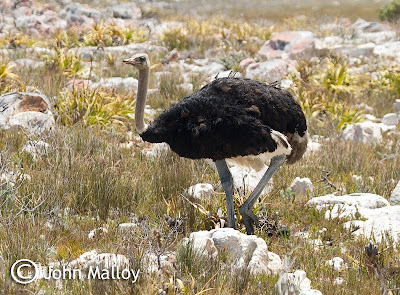 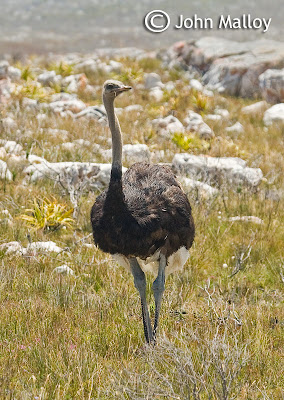 Common Ostrich - see next picture below for how it was photographed! 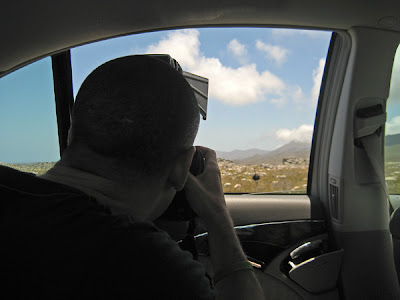 Photographing common ostrich from the car... 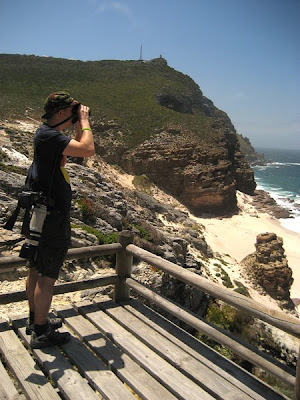 Dodgy character checking out the sea at the Cape of Good Hope - we left the coastal path sandblasted!
Out at sea several cape gannet were observed along with cape and hartlaub's gull. Cape fur seal were also present.
With the walk to the Cape of Good Hope complete, we headed north for lunch near Simonstown, ensuring we were well fed for part two of the drive...
Posted by John Malloy at 13:50

I like some Familiar chat but that one's not familiar to me! You really time your hols well John...lucky bugger.

I thought that too Stewart, can't beat a bit of winter sunshine... and it didn't get dark till eight in the evening... roll on UK summer!