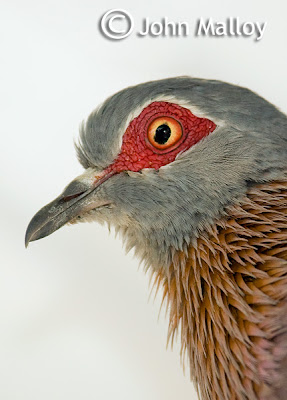 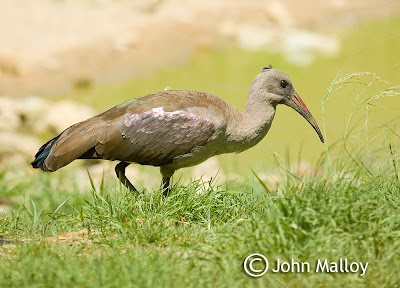 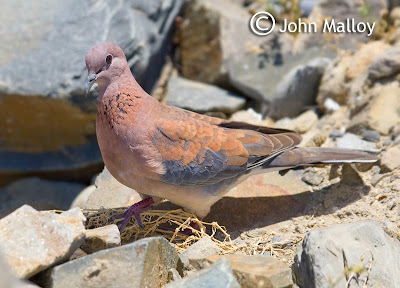 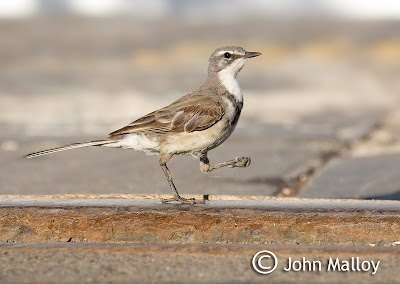 At last, the final Cape Town post.
A few more of the common birds to feature on the trip.
The speckled pigeon was photographed under the hotels' canopy, it appeared to have a nest up there. This was a very abundant species, and is colourful at that.
The hadeda ibis was photographed on the edge of the golf course at Green Point - they're subtly colourful. Often seen in small foraging groups and quite bold.
The laughing dove was photographed on the waterfront and was barely noticeable as it fed quietly between the boulders.
Finally, cape wagtail. A common resident and seen throughout our visit. These birds can move real fast - it was quite a challenge to get an action shot! Probably more interestingly, this shot was taken just after the UK comedian Jimmy Carr had walked past, en route back to his hotel. I guess it was a highlight of his trip passing us photographing cape wagtail?!
South Africa was a wonderful trip, certainly a place I'd head back to.
Posted by John Malloy at 11:49