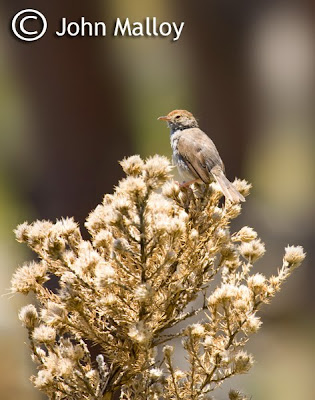 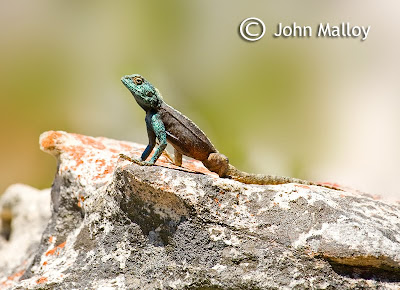 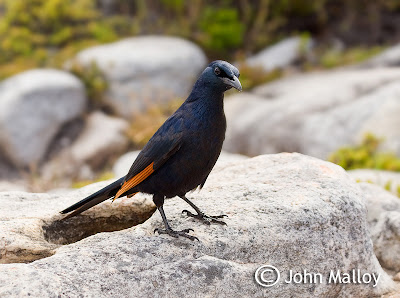 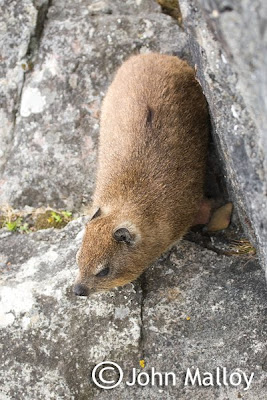 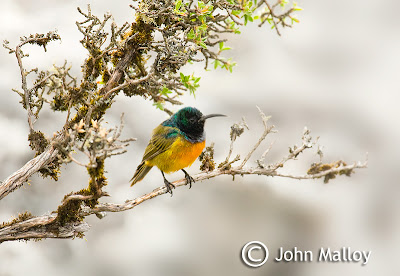 Orange-breasted Sunbird
The 30th December saw us hike up part of Table Mountain, walking from the lower cable car station via Platteklip Gorge. It was a great walk and provided some lovely views of Cape Town - some pictures will no doubt follow at some point.
From a birding perspective it was moderately successful, with neddicky and rock kestrel noted near the lower cable car station, familiar chat, african black swift, cape robin-chat, cape siskin and orange breasted sunbird nearing the table top.
On the top of the mountain, three plus white-necked raven patrolled, with red-winged starling, speckled (rock) pigeon and african black swift were abundant. A couple of orange breasted sunbird provided photograph opportunities, but the weather soon turned as thick cloud shrouded the mountain, dropping the temperature too. I failed to locate any cape grassbird - an annoying dip for the holiday as none were seen at the Cape of Good Hope either.
There were plenty of odd coloured lizard "species" - can anyone id the one in the photograph?, and rock hyrax were also present, no doubt enjoying scraps from the upper cable car station cafe.
We took the easy option for our descent, travelling in the comfort of the cable car.
Posted by John Malloy at 15:17

That Red-winged Starling looks a real hooligan, a bit like its UK cousins.
Must have been a shock coming back from all that sun.