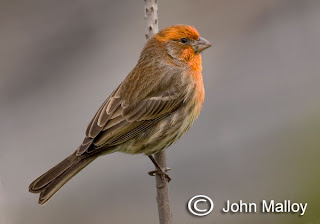 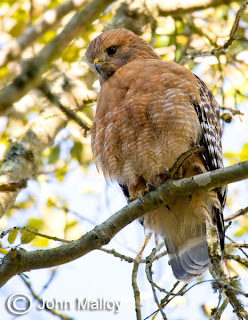 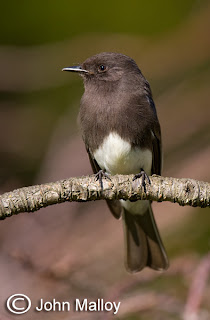 Here are the final San Francisco images from the trip... I might finally get out and do some proper UK birding now.
The house finch popped up in front of us while watching golden-crowned sparrow at the yatch club - a very dapper bird.
The red-shouldered hawk was, presumably like me, was dipping varied thrush in the Strybing arboretum in Golden Gate Park.
The black phoebe was near the rose garden in Golden Gate Park and was one of the final images taken on the trip. The walk in the park was quite productive, with townsend's warbler, hermit thrush, american wigeon, red-tailed hawk, common yellow throat, chestnut-backed chickadee and pygmy nuthatch also noted. I had hoped for a few more duck species, but I suspect the weather was too nice to draw them in for food hand-outs.
All in all a great end to a winter trip - roll on the next one...
Posted by John Malloy at 12:03

That Hawk is a beauty.