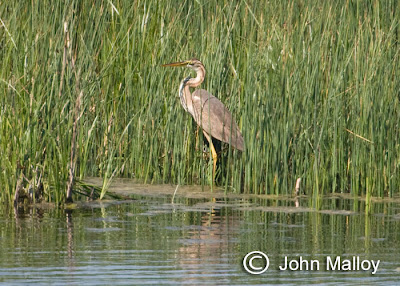 It was another glorious sunny day in the North-east, and after a late breakfast I headed south to the new RSPB reserve at Saltholme to try and see the immature purple heron that had arrived on the previous Friday.


Upon arrival I was pointed in the direction of the Haverton viewpoint - a raised mound south of Haverton Hole pools. (This part of the reserve isn't complete yet, hence a delay in releasing news of the heron).

Purple heron can be tricky, spending long periods in reed beds out of sight - luckily for me I only had to wait for about 40 minutes before it made the first of several reedbed edge visits - good viewing but not very close for photographs (200m?) - record shots were the best on offer today - heat haze was also an issue!. The bird was watched by a good crowd, maybe up to fifty at any one time - purple heron is a very rare species north of the Humber.

Perhaps one disadvantage of the reserve at Saltholme is is proximity to some rather unsavory characters, and sure enough by mid afternoon the cast of "Shameless" arrived to spoil the birding. A "flock" of about thirty arrived, including both juveniles and sub-adults and some hybrids of sorts, led by Frank Gallagher himself, complete with plastic chairs... "this is our pool* (*er, it's not, I think the RSPB will disagree...) so sorry like.." and they proceeded to wade out into the pool for some water based activity (they did have a dinghy too, so were well prepared). 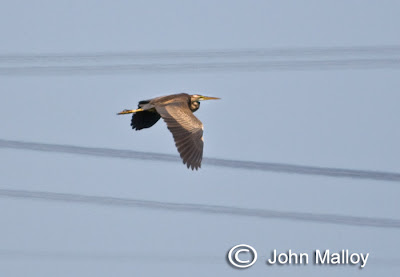 So the birders dispersed back into the main reserve, and the purple heron was flushed, heading into the deeper part of the reedbed to the east of the pool (So we all got a flight view at least!) 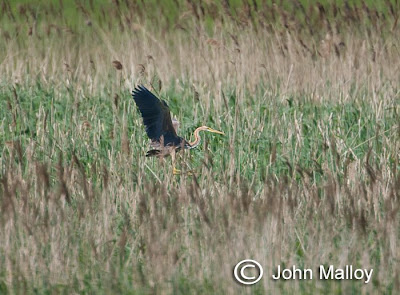 As the police arrived to move the riff-raff, I headed to the sanctuary of the reserve visitor centre where coffee and cake was much enjoyed - I'll be back for sure. Need a morning visit as the birders breakfast sounds very nice indeed! 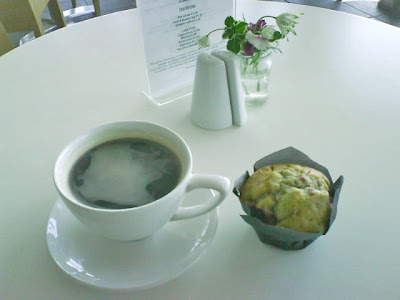 Next stop was Greatham Creek, where avocet have had a good year - from the roadside I could see at least 10 adults and three juvs'... Northumberland next? 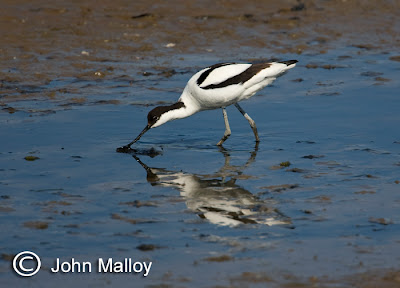