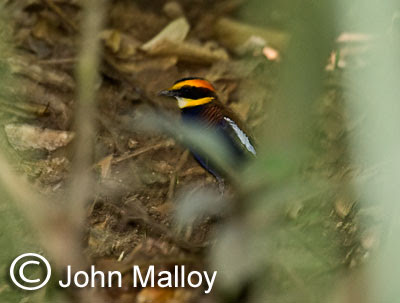 A couple more images from the forest at Khoa Nor Chu Chi - a record shot of banded pitta (it was VERY dark!) and a slightly better one of green broadbill. Lush.
The banded pitta image has had some blur removed from around the bird in photoshop - it is too colourful a species not to have at least a record shot posted, and was the most intriguing of the three pitta species seen on the day with Yotin. This bird was calling frequently with a deep airy "Poww!!", often perched up a foot or so from the forest floor. 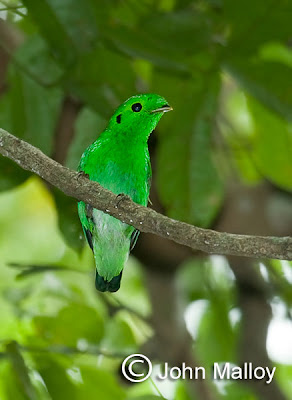 The green broadbill appeared above us, calling, as we staked out a ferruginous babbler (which was less photogenic). I got a real kick out of this - a delightful species!