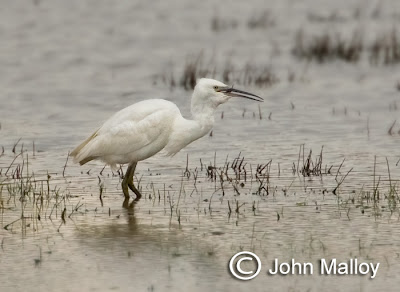 Cresswell Pond continued (for me anyhow) to be yellow wagtail-less this morning, the six (inc one "blue-headed") had managed to disappear prior to my arrival.
A single white wagtail was compensatory. The pond held one whooper swan.
Druridge fared better with little egret feeding actively, little ringed plover, garganey (two), willow warbler and three swallow through.
While I was at Druridge news broke of a red kite over my home town,with STH having it over his house and Crammy Birder scoring at Arcot. A species likely to increase in regularity, so I'll keep cool over this record.
East Chevington was fairly quiet, although the wandering feral bar-headed goose did drop in with two grey-lags to brighten up what was relatively a dull and cool April morning. 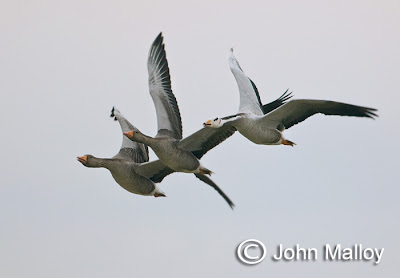 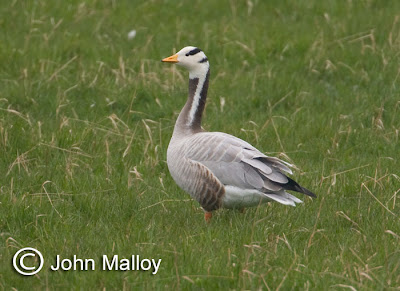 Striking bird even if plastic!
Posted by John Malloy at 16:15

I've somehow managed to visit the North end of Cresswell twice in less than 24 hours and miss all 6 Yellow Wags.

White Wag x 2 there this afternoon.

Belter shots of the geese in flight. I rather like Bar headeds.