Afternoon in the Bay 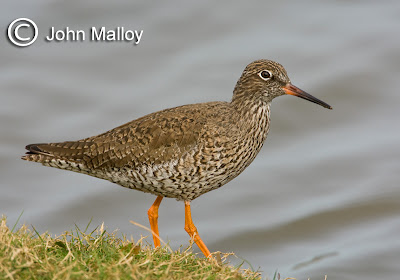 Another bright and sunny day saw me head up to Druridge Bay for the afternoon.

All sites were generally quiet, but a little egret on the budge fields at Druridge was nice. Still a relatively uncommon species in Northumberland, surely will end up as a breeding bird soon.

East Chevington held a single black-tailed godwit and drake pintail, while at Hauxley the wandering bar-headed goose was still present. I even managed to have a classic "in binocular view at the same time moment" - bar-headed goose and a black rabbit.

Much better than my mate Mark, who had to once make do with issy wheatear, red-throated pipit and gannet in the same view on Scilly. Quality wildlife viewing in Northumberland eh?

The redshank photograph was taken at Hauxley from the wader hide. A couple of snipe almost came into camera range, but promptly turned around when one of the hide shutters fell off its latch, making an almighty crash!

The only summer migrant today were chiffchaff - two - three at Hauxley. Thought I might bump into a wheatear or two, but alas, no.
Posted by John Malloy at 18:56