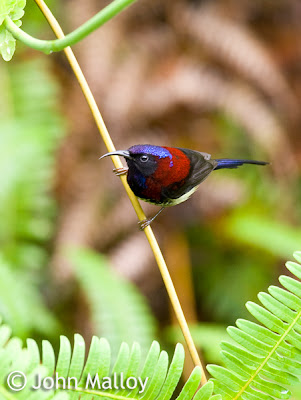 Our destination after K.L. was the Cameron Highlands, residing at a very nice hotel 1500m above sea level - a chance to enjoy the Malaysia sunshine without the high humidity. It was odd to be so far from home and to be surrounded by colonial style buildings.
Birds were conspicious around the hotel but proved tricky to photograph. All the best viewing was done "camera-less!"
Still, it was very enjoyable as most of the birds were new to me and often attractivley plumaged. Two species predominated in the hotel vicinity, both of which are modestly presented here. 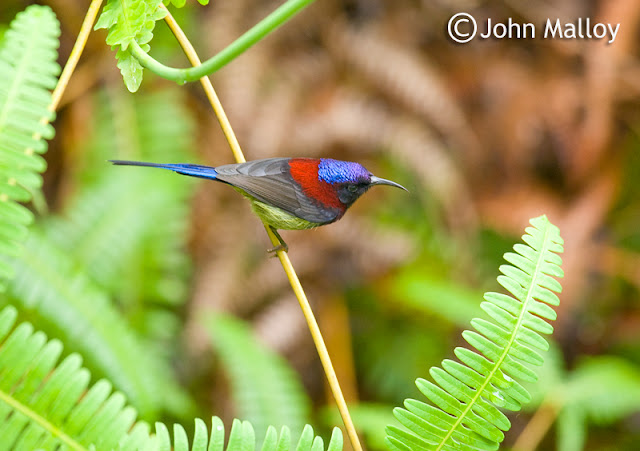 Black-throated sunbird (above) were tiny, very active and amazingly plumaged! I really wish that I'd spent some more time trying to get better images ~ however time was a premium so we had to keep moving to make the most of the stay. 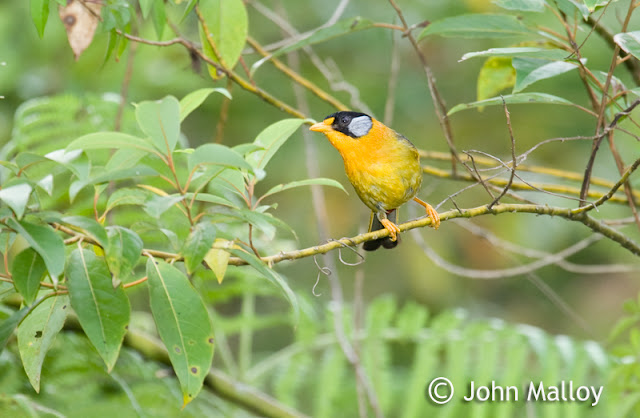 Silver-eared mesia (above) were great! Roaming the scrub behind the hotel and dropping into the trees to feed these were very pleasing to view but again, frustatingly tricky to get a good pic - the group image presented here is the only image where the "whole" plumage can be see - check out the colours - lush! 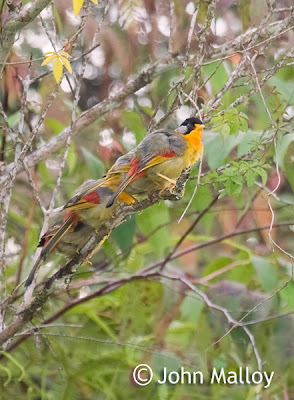 After settling in to the hotel we made plans to do one of the many hill walks available in the area - more on that in the next posting...
Posted by John Malloy at 16:31

Thailand will be great - where are you heading to Richard? We visited the Krabi area in May 2009 - great birding!

Beautiful birds.
May I know which hotel you were lodging that time?