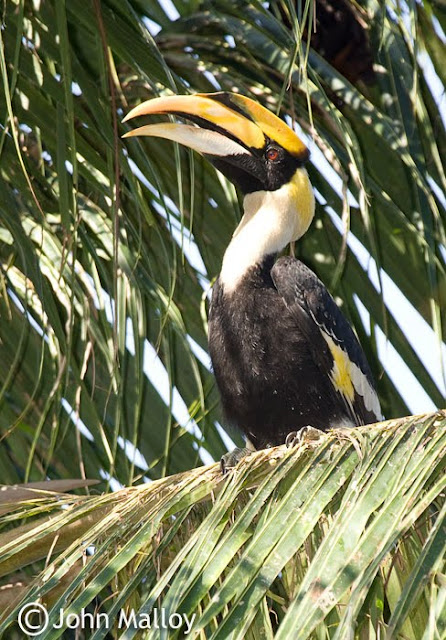 The male great hornbill was a huge bird, most impressive. For such a large bird they could be easily overlooked as they most often chose to sit within the tree canopy. The image above was taken in palms surrounding the resort pool (as those with the females from the previous post).

I was not sure if they held their giant beaks open to keep cool... or was the reason more sinister? 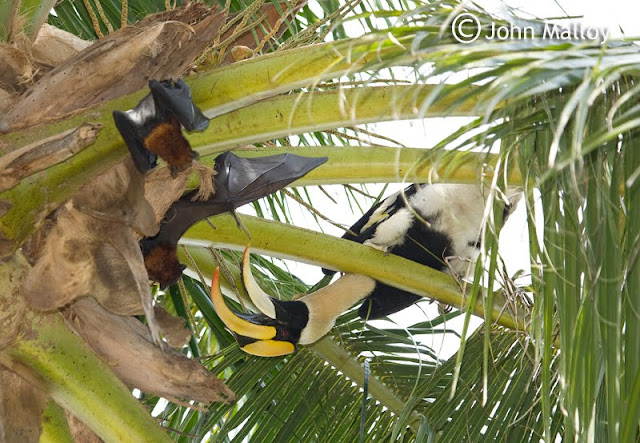 Mrs Birdingsometimes very quickly went from loving these giants to despising them! As seen here (above and below), the great hornbill had another agenda for the poolside visits. Flying fox that roosted above the pool area were systematically removed from their "hang-outs" by the hornbill, often letting out very loud squeals as they were literally yanked of their roost. Some fox would spread their wings to threaten the hornbill... but there was only ever one winner! 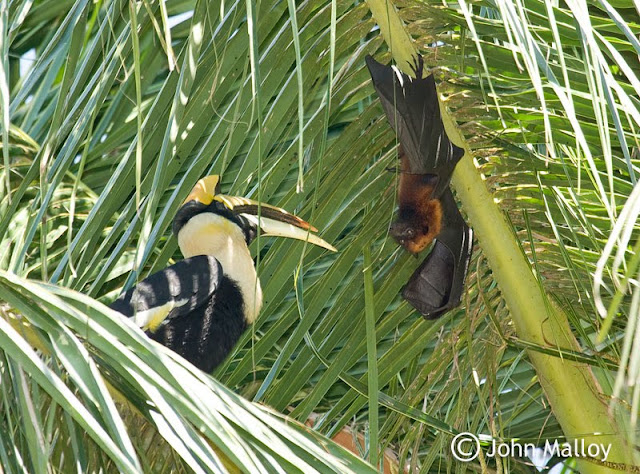 On other occasions pairs or small parties would be discovered in less volatile situations - the image below depicts a male feeding near Emerald Bay on the west of Pangkor Laut. A most amusing pose as they scrape the bark off the thick branches! We actually "found" our first great hornbill on our first morning on the island - not by looking up, but finding masses of wood shavings on the track. Looking up a pair were demolishing a branch! 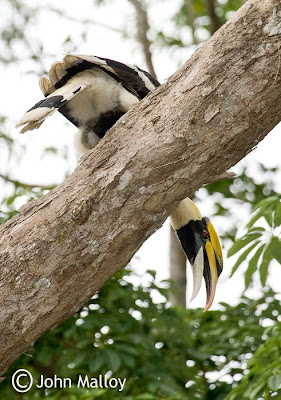 Impressive when in trees and equally so in flight - as reported from the island, the swishing of their feathers could clearly be heard as they few above - their wingspan is approx five and a half foot! 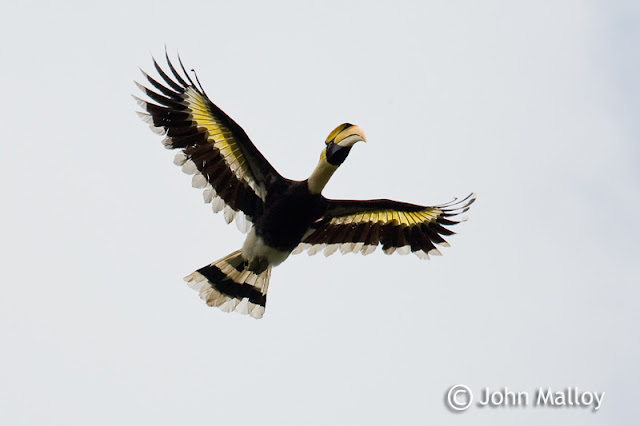 I love the way you can hear them coming even when you are deep in the jungle, you just hear those wing beats !! Fantastic birds !!

Stu - go for it... they're even good for the non-birder so it's brownie points all round!
Gary - It's amazing how such a large bird can work the canopy!

John I luv them asian birds me. Imagine finding one of those Little Pied Flys at the Snook!

Cheers Stewart. Never mind the Snook, how about one of those LPFs at a small coastal village in in the north of the county?! mmm nice!