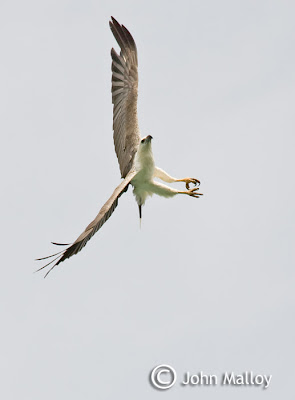 This white-bellied sea-eagle is fitting, given the remarkable Farne Islands record of a near-relative yesterday! There were at least five wbses' on the island - two pairs and one immature. Unlike the white-tails at home in the UK, their presence was not fraught with mobbing birds, they seemed to be tolerated.

With up to eight brahimny kite in the air as well, looking skywards was always interesting. This photograph is one of a sequence taken of a pair hunting off the islands jetty. There were plenty of fish out there, and the eagle were often seen carrying prey into the jungle. 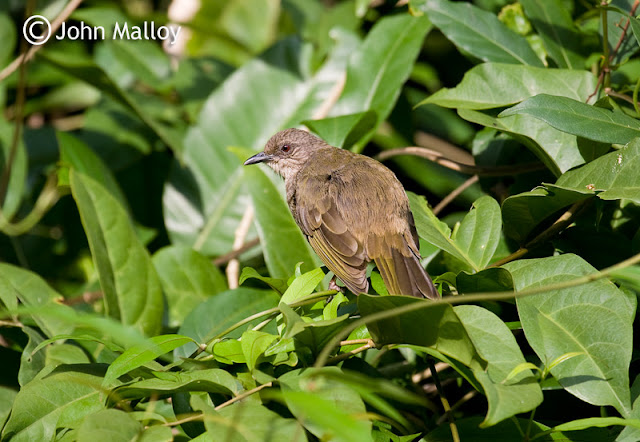 Olive-winged bulbul were also numerous on the island, feeding along with white-rumped shama, common tailorbird and oriental magpie robin in the gardens. 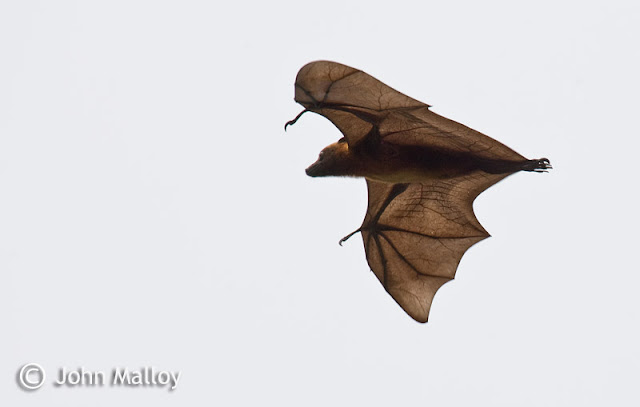 Flying fox sp. - occasionally seen in flight during the day, commuting between roost sites. In the evenings it was great to grab a glimpse of one or two feeding above the restaurants. Other smaller species of bat were present too. 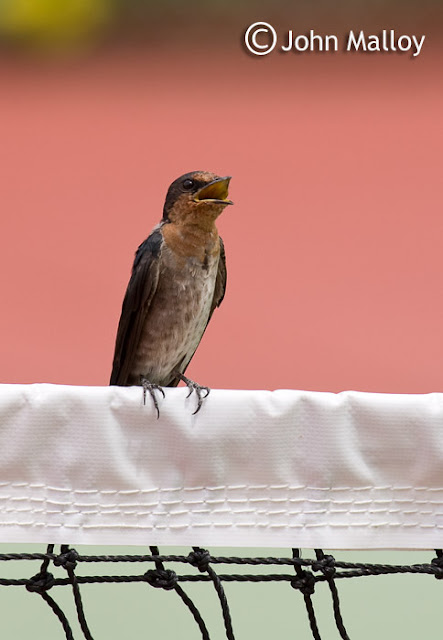 Pacific swallow were abundant too - the bird above was taking a rest on the tennis courts netting, while the bird below was sat on cables next to a communication tower on the road to Emerald Bay. Pacific swallow are very short tailed compared to our more familiar barn swallow (which are also present in Malaysia) 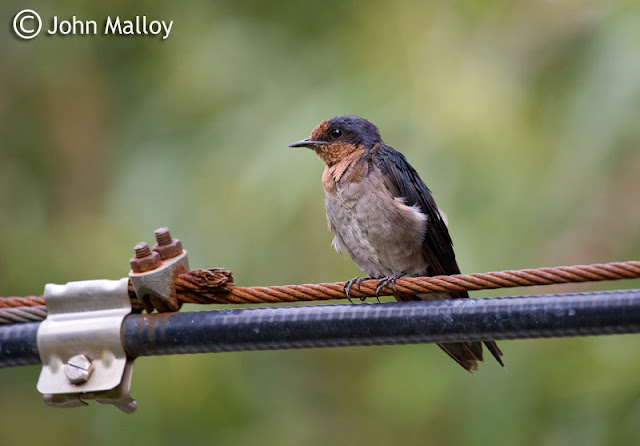 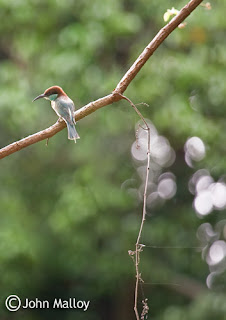 Chestnut-headed bee-eater - a few were present on the island, but when not feeding chose to perch a bit to high up for the 100-400mm lens to "reach".

Chbe was pretty much the last bird to be seen when leaving the island by our speed boat back to the mainland.

So thats' the lot - hopefully I'll be able to concentrate efforts on a bit UK birding for a bit!

Love the eagle shot, I've seen that species in several different countries now but never with camera in tow........

Very nice images John. The Flying fox shot is a great capture to have.

Thanks all. It was a great trip. Hope to be pointing the lens at UK migrants over the next 10 weeks!