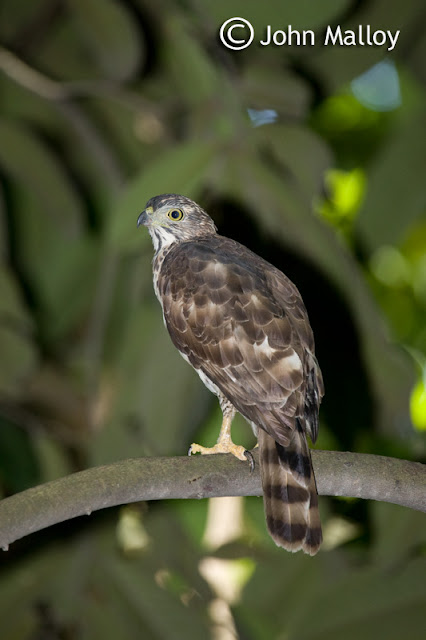 After a jet lagged & frustrating morning trying to capture a decent image of the Syke's Warbler its a return to holiday photo processing today. Far more satisfying than trying to salvage poor hand-held warbler pictures!
First up is an obliging crested goshawk, photographed in Bukit Namas - a small patch of jungle under the Kuala Lumpur tower. 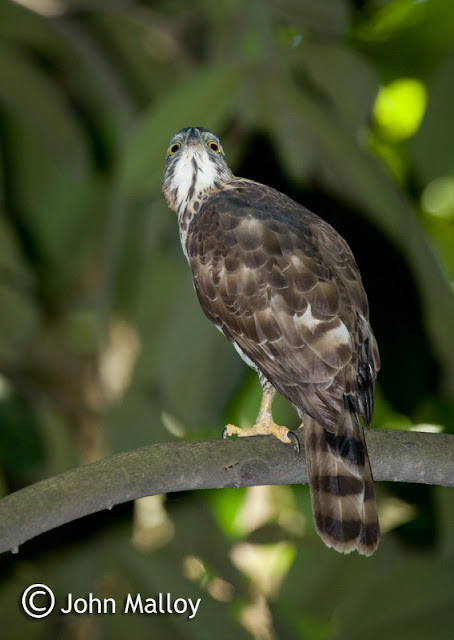 We bumped into this bird as it sat motionless on the path side. Allowing close approach, this bird was clearly focused on something else ~ a snake as it transpired! Given the birds capture it was time to leave and return to the air-conditioned shopping malls ~ Mrs Birdingsometimes was a little un-nerved! 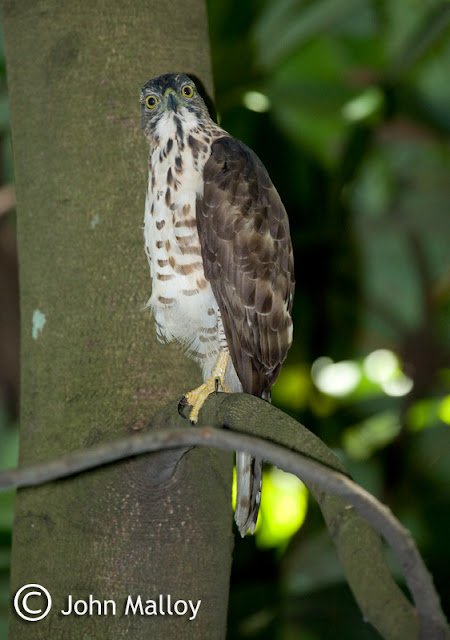 Photographed in near darkness flash proved invalulable during this trip. As I was only using the 100-400mm a flash extender was not required. ISO was set to 800 and flash synchronisation was used to achieve an exposure of 1/125 second.
This crested goshawk was pretty much the only species I photographed in KL! Birds and scenary from the Cameron Highlands will be posted next...
Posted by John Malloy at 17:58