I was lucky enough to be part of a group of hardy souls to brave the choppy North Sea crossing to Inner Farne on Saturday morning - our quest was a much sort after county species - woodlark.

The day had started grey and wet, so a drive by glance at the female common scoter on Cresswell was suffice before Mark and I pulled in to East Chevington for a pit-stop break. A text arrived from Ian confirming that the boat was still scheduled to sail to Inner Farne, weather permitting at 11.

As with my earlier visit during the week, we had no sight or sound of the cetti's warbler. The slavonian grebe continues on the north pool, so it was still a good start.

Departing East Chevington not long after ten, it was a slow drive to Seahouses for our 11.00 meet.

We met Alan G in the harbour upon arrival and within a few minutes the others arrived - Graeme B, Andy M, Michael C and the trip organiser Ian Fisher.

It was a good, if not a little choppy voyge (see video at foot of this post), and we even managed a little auk as we neared the islands - good start!

It was a very warm welcome by David Steele and his team of wardens as we docked; and within minutes were were being guided to the birds favoured feeding area. A skylark lifted from the grasses and was soon followed by a woodcock. The woodlark had been feeding on the path prior to our arrival, but there was no immediate sign.

We stayed put with DS as a warden skirted the cliff top. Within seconds his hand was raised - the woodlark was feeding on the cliff top near the white buildings. Result! A cracking county tick for all of the group except Ian.

Woodlark are darn tricky to get in Northumberland... in fact, all of the records in the first 10 years of the 2000s' have been on the Farnes - so we were privileged to be granted access so late in the season.

Initial views were reasonable, as the lark fed in grasses between the rocks. As we stood and watched the lark did the most unexpected - continuing to feed it walked right up to us! Ian had to back up as the lark breached the minimum focus distance of his 500mm! (Should we have put a message on the pager asking for the larks to feed from a respectable distance?!) 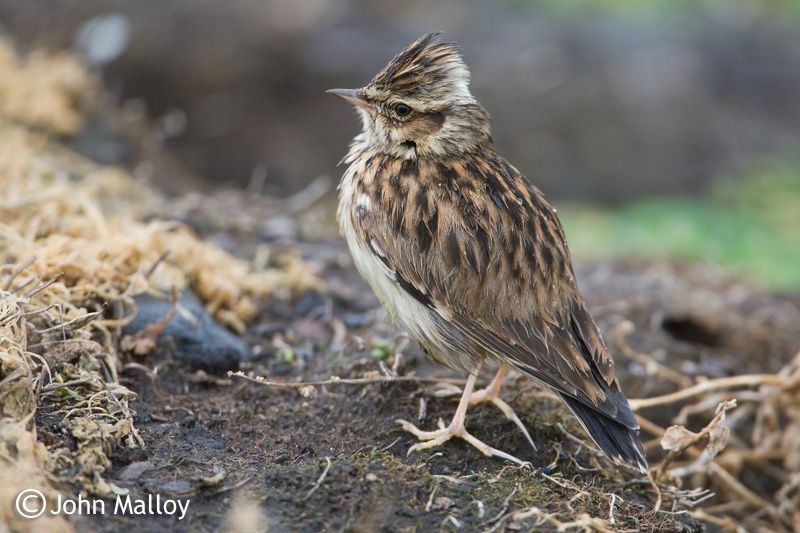 It was absolutely fantastic to see the species up close ~ although the bird was a little wet, the lark held its' crest erect and even did a bit of sub-song in response to the camera shutters! Check out the hind-claws! Certainley my best views of this species in the UK. 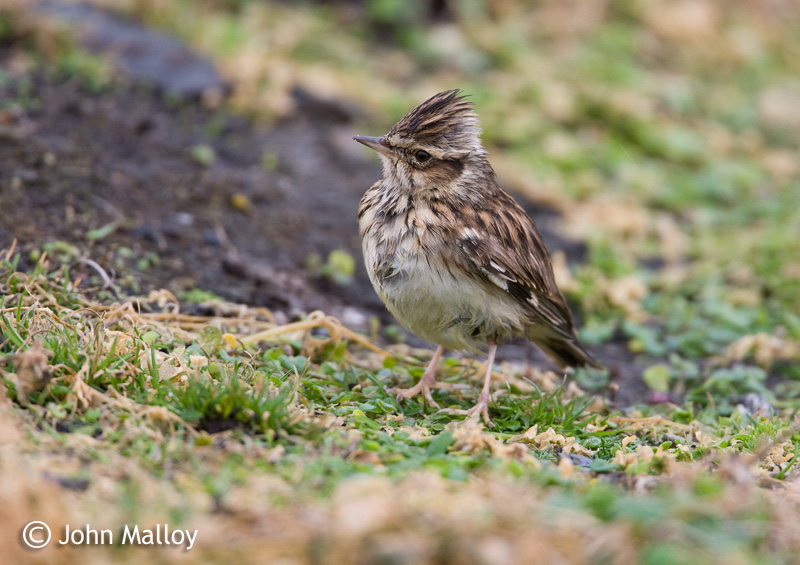 The good birding was not over - another little auk had flew past as we watched and photographed the lark, while fulmar drifted by the cliff top. It's fair to say that we had had our fill of the lark and with news that the boat was returning we headed quite happily back to the landing point. A long-eared owl that had been present in a gully could not be located but a common redpoll lifted - and quite conveniently chose to feed near to the path... 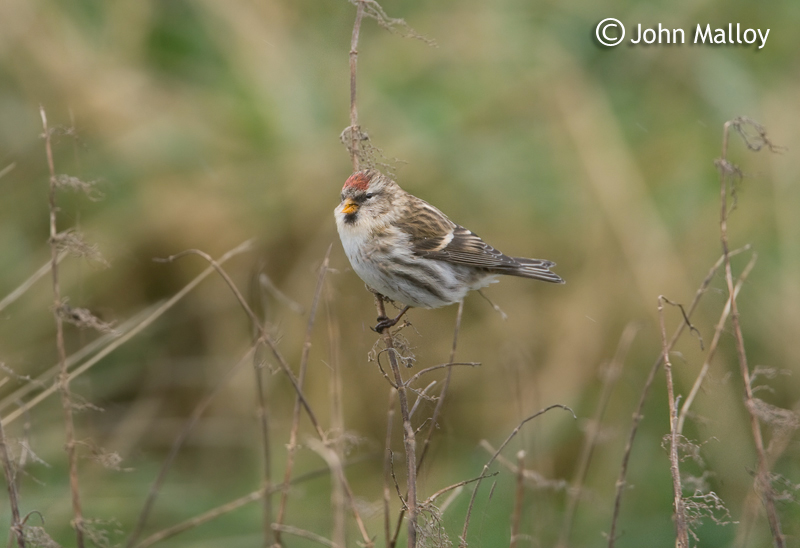 And then there was more - a bit of twist to the tale - or me to be more accurate... I slipped over on the wet rocks and smashed the 500mm onto the ground!!!!

It could have been a lot worse - the lens has "survived" optically, but the tripod mounting has been obliterated ~ a costly repair will no doubt ensue. So glad it was after the lark!!! Pictures of the damage will appear on the blog soon.

To end, here's a short clip of the boat crossing out of Seahouses ~ "choppy"!

Thanks to Ian and David/Warden Team for organising the boat, landing and bird - a fantastic morning!
Posted by John Malloy at 15:45

Good to see your camera and lens survived the crash. You went down with a hell of a clatter.

I was VERY lucky - thanks for helping pick up the peices! Legs a bit bruised but it could have been worse. I've been in contact with a Canon repair centre today, so await the costly quote soon... It was a brilliant trip out nontheless, the chips and curry sauce hit the spot

I was out on Simonside on Saturday and came down myself,even with my walking poles but only had my compact in my bag. Sorry to hear of the damage to your lens. If you're like my you wouldn't have worried about what damage you had done to yourself but checked you photo equipment first.
Cracking accouynt with a superb image of theWoodlark. The other good thing is that it can live in peace during its stay as the twitchers wont be tramping about after it.
Cheers
John

Wish I had of known about this trip, would've definitely been up for it

Many thanks for the comments - great to share the bird with you all - what a crazy individual! Your photos are cracking and thanks - I've discovered your Blog so will be keeping a close eye - and gutted about your camera - the only down side to the day! cheers David Steel