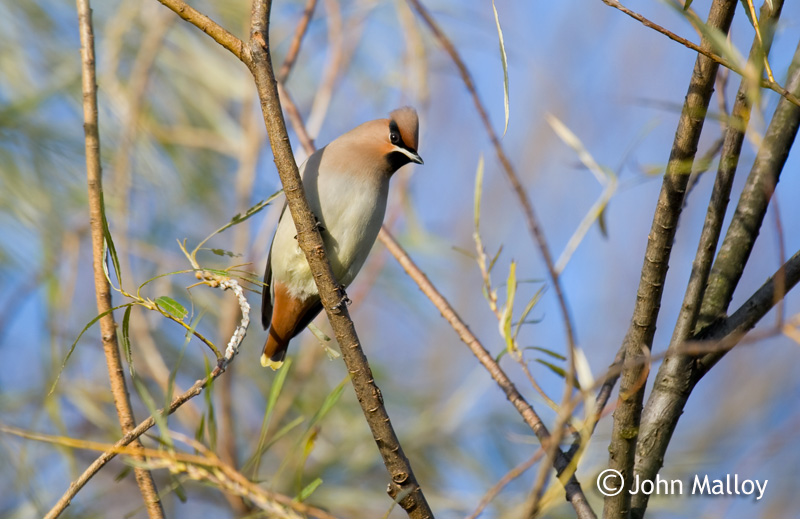 A combination of blue sky and waxwings on Horton Drive, Cramlington gave me an excuse to get out of the house this afternoon. A minimum of 32 were present, but again, were rather unco-operative for the camera as they remained high up in the trees along the burn. Some waxwing were fly-catching while a few were feeding on a berry laden bush ~ the only problem was that it was within the depths of a clump of willows, so the birds remained largely obscured.

Dusk was spent at a cold West Hartford, where two barn owl hunted as darkness fell. Prior to their appearance common buzzard, kestrel and sparrowhawk were all noted.

News that the cetti's warbler was singing at East Chevington this afternoon is tempting, maybe I'll get there on the next sunny day and give it a go.
Posted by John Malloy at 17:43

Beautiful shot John. We also got a massive influx in Iceland ;-) You do have a very nice blog...