From the archive: November 2004 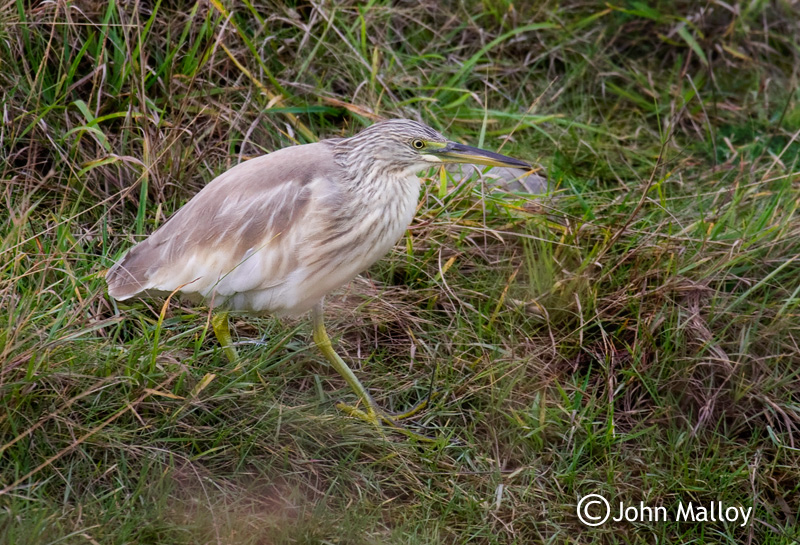 The 8th November 2004 was more successful squacco heron-wise than 8th November 2010... This immature had been present at East Chevington since October and was nearing the end of its' prolonged stay. Initially the bird had been difficult to observe, feeding on the fringes of the south pool. Later in its stay it favoured the extreme southern ditches, and with patience would feed next to the path.

This photograph was taken late afternoon using a Canon 10D and 100-400mm IS lens. It was one of only a few sharp images taken in the session, as low exposures dominated. At the time I was very pleased with this encounter, however less than a year later Mark and I were treated to a mad squacco in Devon (en-route to Scilly), a bird that chose to feed on a concrete lined fish pond in Newton Abbott, feet away from observers!

No positive news on the Morpeth bird so far today in cold wet winter weather - I guess it could still be around...
Posted by John Malloy at 15:32

hi jon, nice pics, just to let you know, i was at Morpeth this morning photographing the heron, it was around for about an hour just upstream from the pedestrian bridge, the light was a mixture terrible and excellant