Update from the patch...

After missing the West Hartford temmincks stint earlier during the week (it had chosen to be found just as I was leaving for nightshift..., flying off that night, no sign on Thursday but one common sandpiper to compensate etc...) I've realised I need to keep a closer eye on the patch.
It has been an early start on both Saturday and Sunday, and the birding has been ok to very good by Cramlington standards.

A tip off from Phil earlier in the week led me to the fields near the Plessy windmill, where after a bit of scanning, my first red-legged partridge in Cramlington was picked up. What a delight!... (a temmincks stint would have been better though...). Yellowhammer were also singing in the area.


Sunday birding has commenced as early as that on Saturday, with two trips to West Hartford by 09:00. Undoubted highlight was the text from Gordon, just as I was pulling up onto the roadside verge for vist number two: Marsh Harrier at West Hartford!!!!! 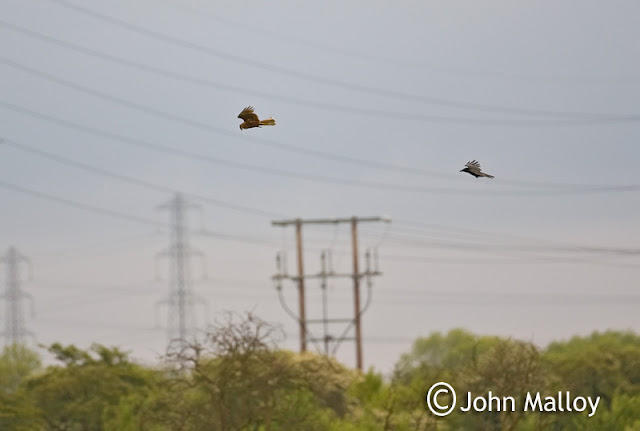 I jumped out the car and within a few seconds, thanks directions from Gordon, I was watching my third marsh harrier on the West Hartford patch and my 4th in Cramlington. By the looks of it its' an immature, probably on a summer wander... And wander it did, having lifted from the field it attracted unwanted attention from the carrion crows and gradually increased height, being lost to view north of the River Blyth.
As the harrier departed a cracking fox arrived... 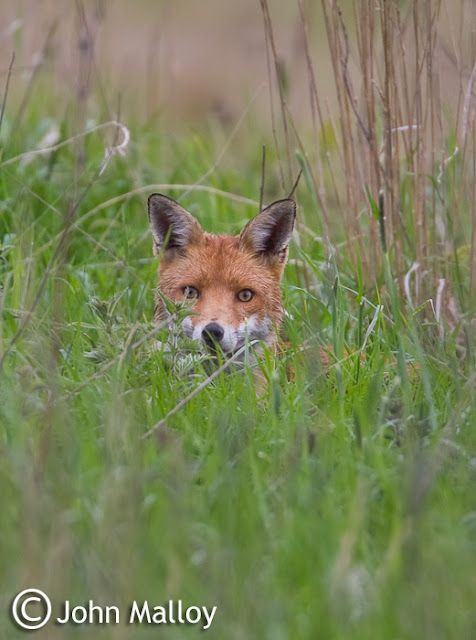 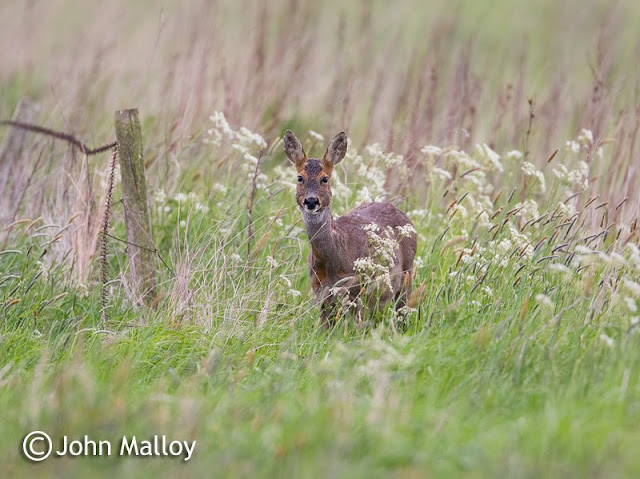 Lindsay McD arrived a little later (probably best not to post a picture here ;-), as did a single ringed plover, three oystercatcher and a pair of mallard.

Inbetween the two early morning vists to West Hartford I had been back to Arcot - which was quieter than on Saturday, though a non singing grasshopper warbler was on view briefly and stock dove were kicking about.

Where abouts are the Garden Warbler and Lesser Whitethroat at WH?
I've heard the Garden Warbler on the roundabout but still have never seen one within WH.
Sorry about the RLP I would have sent you a text but didn't think you would be that bothered.
cheers

Garden warbler - on the roundabout, lesser whitethroat can be found in the hawthorn hedge along the A192.

Fox - yup, I thought that too! Pity the grass is so long that it's obscured.

I`ve yet to see a Fox or Roe Deer at W.Hartford...nice shots!!