Prior to the trip to Mauritius I was fortunate to have stumbled over Charlie Moores wonderful tale describing his visit to Ile aux Aigrettes, a tiny island off the south-east coast of Mauritius. This island has been utilised by the Mauritius Wildlife Foundation to re-establish some of the areas most threatened bird species.

We booked a visit upon arrival on Mauritius, and the mention that one of the party (me!) was a birder secured us a private tour with a warden who specialised in the bird species present.

Our landing on the island was greeted with the first of many Mauritius Fody - a cracking start! This species was introduced to the island in 2003 and now supports a population of over 100 birds. Considering that the MWF website states:

"The Fody is the rarest endemic bird of Mauritius with 100-125 pairs remaining and is considered Critically Endangered by the International Union for Conservation of Nature (IUCN). In 2002 MWF began a recovery project to rescue nests from the wild, hand-rear the offspring and release them onto Ile aux Aigrettes, a predator-free offshore island under the conservation management of MWF. This project has been very successful and today there are around 100 birds on Ile aux Aigrettes, the result of releases and offspring produced by the latter".

- So Ile aux Aigrettes is possibly the best place to encounter this species. 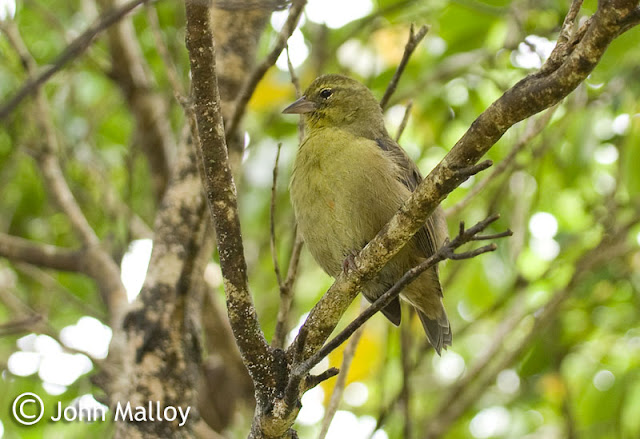 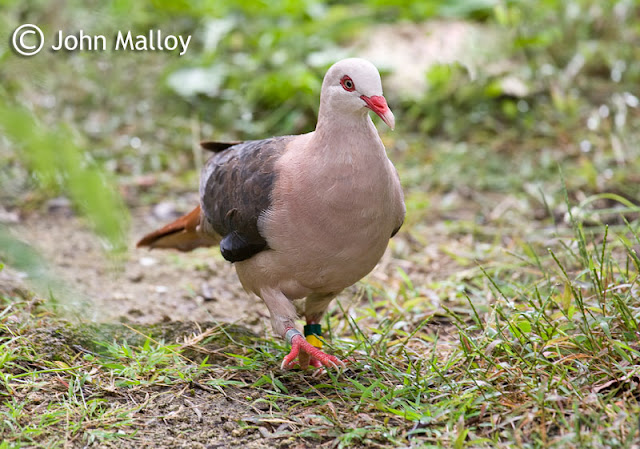 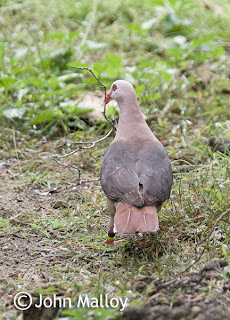 I had visions of many photo opportunities with pink pigeon, but alas it was not to be - our initial bird, an immature teased us from a viewing platform, while this adult greeted us on a heavily vegetated track - so record shots were only achieved before the bird lifted with nesting material. A stunning species nonetheless!! Pink pigeon is a very rare bird indeed, Birdlife International list the species as "endangered", while the MWF now cites 5 sub-populations on Mauritius.
The final endemic bird species seen took a little more effort - but thanks to the assistance of a second warden we finally connected with the critically endangered Mauritius olive white-eye.... 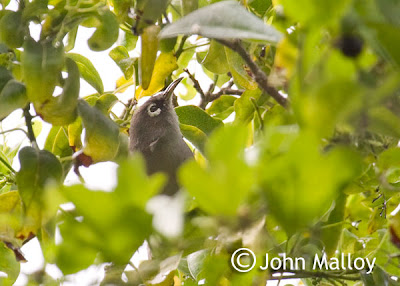 ... and what a tricky species this prove to be to photograph! 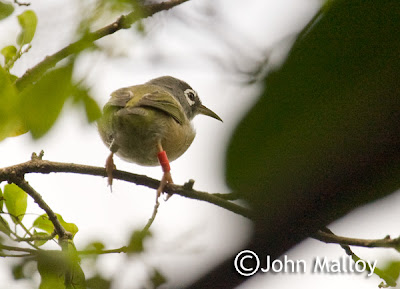 Two birds were present but very elusive. This species was only very recently introduced to the island and still maintains a very small breeding population. Birdlife International state that the current population is in the region of 190 - 296, with approx 36 on Ile aux Aigrettes.
An amazing morning...
Posted by John Malloy at 11:58

wow!how lovely the birds are!so awesome!just can't wait to be there in Mauritius again..really grateful to veranda grand baie hotel mauritius for their very nice accommodation in our previous vacation.

wow , Thanks for sharing this . Ile aux Aigrettes is really beautiful . These pictures are outstanding . Mauritius Tour packages