Our base in Mauritius was in the Bel Ombre area, located in the south-west of the island and close to the last native forested areas of Black River Gorges National Park.

The park extends over 6,754 hectares, covering about 2% of the island’s area and holds 9 species of birds, which are found only in Mauritius. So that was enough incentive to explore the area! 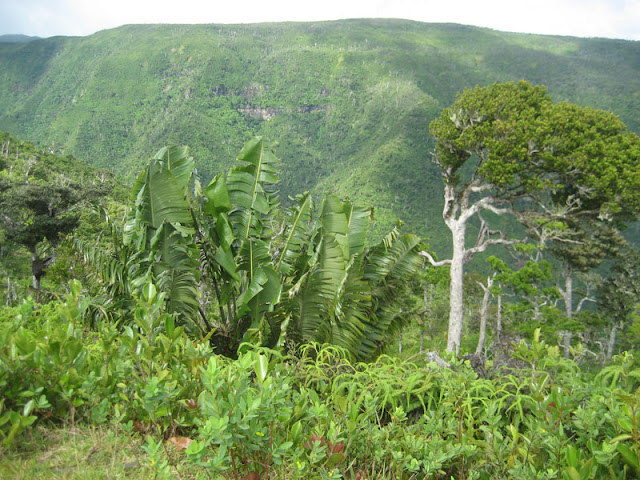 Armed with some of Charlie Moores trip details from a few years back we headed to the Le Petrin visitor centre and took an easy walk along the Macchabee forest ridge. Many of the introduced bird species were seen frequently along the trail including red-whiskered bulbul and rose-ringed parakeet. It was however another parakeet species that was of more interest... 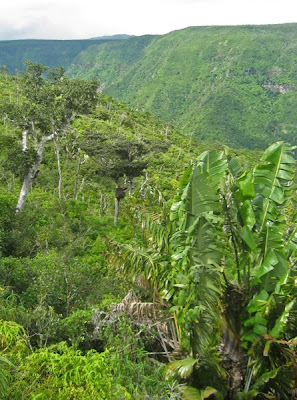 It was a really hot day but the views enabled us to forget the sweat dripping...! The gorge was exceptionally deep and their were some wonderful views of waterfalls. 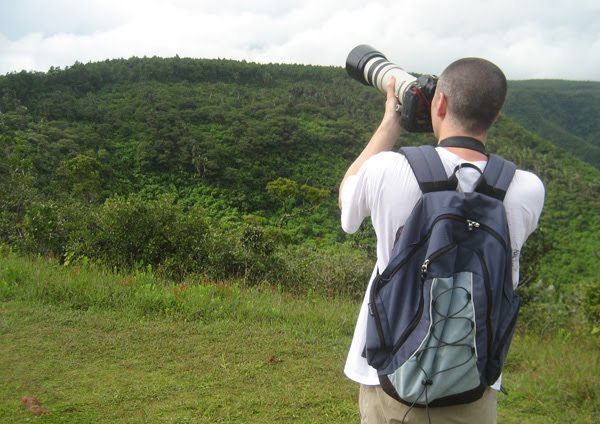 Above - failing miserably to photograph Mascarene Swiftlet...
In the gorge white-tailed tropicbird dominated and were a pleasure to watch, their tails were amazing! 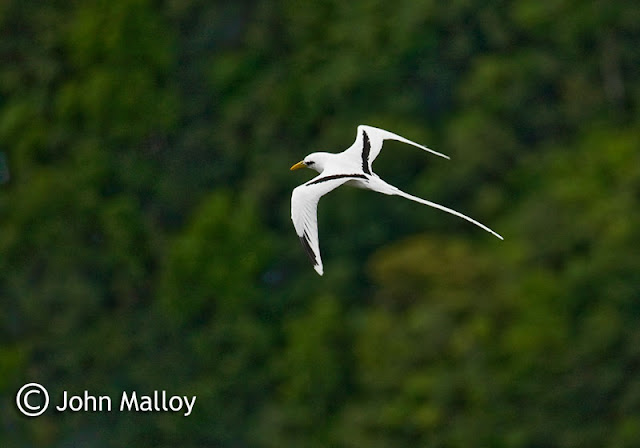 Nearing the Macchabee viewpoint were finally heard the deep croaking call of one of our target species, and a few seconds later a pair of the endangered endemic Mauritius echo parakeet flew past. Phew! The male bird is essentially similar to rose-ringed, with the deeper call being the most reliable distinguishing feature, while female birds have a conveniently all dark bill - see the record shots in this post. 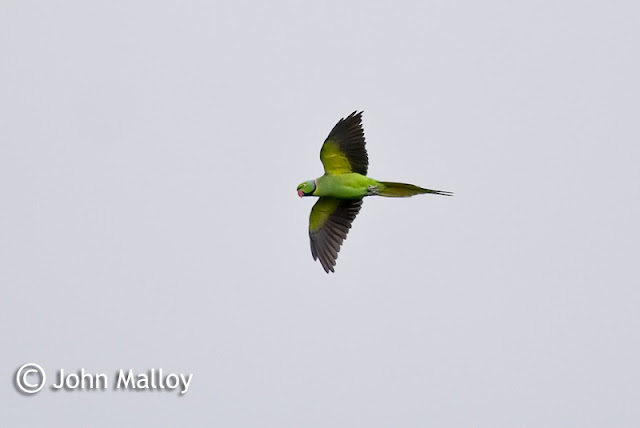 While we did not manage to see any Mauritius kestrel, a single Mauritius bulbul was seen (near the Black River Gorges Viewpoint), so it was a relatively successful visit... certainly recommended for the views alone.
Posted by John Malloy at 12:05

That White-tailed Tropicbird is awesome!