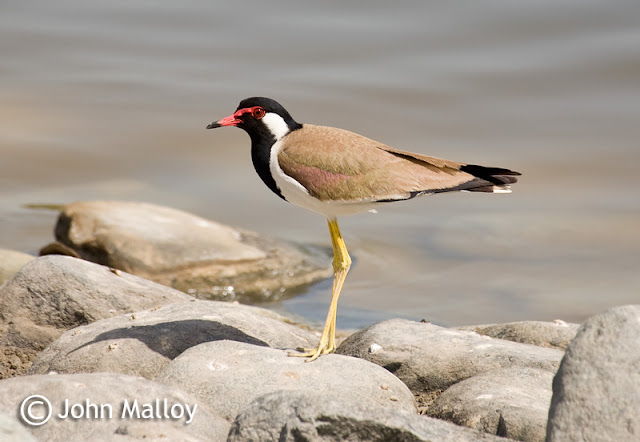 Above - Red-wattled Lapwing, Safa Park, Dubai
As previously mentioned I recently returned from a short trip to UAE and Mauritius. Newcastle benefits from scheduled flights to Dubai with Emirates - so Dubai was a logical stop-off on the journey on 26th - 28th April. We stayed three nights south of the main city, although the first night does not really count as you arrive late. Day one was spent acclimatising round the hotel pool- temperatures were climbing to the forties...!

Above - view of the hotel on a day of leisure
Day two was more birdy, with a morning trip to Safa park. On arrival it was apparent that the park was rather vast, but luckily I met an ex-pat birder, so I was pointed in the "right" direction. Migrants were thin on the ground, with spotted flycatcher, redstart, yellow wagtail (5 grey-headed types and one assumed blue-headed) and one red-throated pipit.
The highlight for me was the number of hoopoe - tens! I've never seen so many, all feeding away on the newly cut lawns. frustratingly the only close birds kept to the shaded areas. 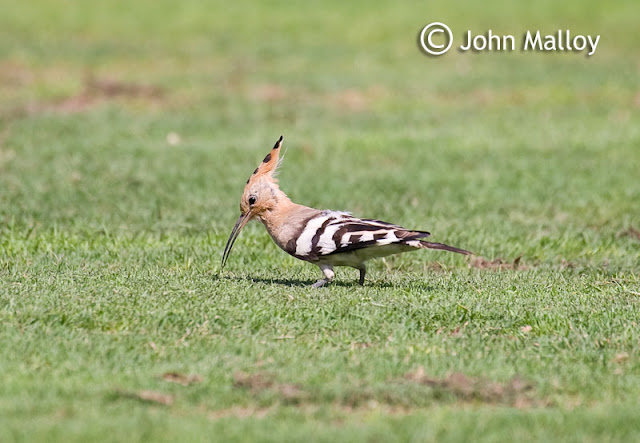 Red-vented and white-cheeked bulbul were common throughout the park while the boating pond in the middle held a couple of fine red-wattled lapwing (see top image) - stunners! Also on the boating pond were a single common sandpiper and an immature black-headed gull.
Further in the park is a fenced bird sanctuary area with limited viewing and access. This area was relatively quite, with little grebe, Egyptian goose, black-winged stilt, black-crowned night heron added. Purple sunbird were numerous but remained high in the canopy. 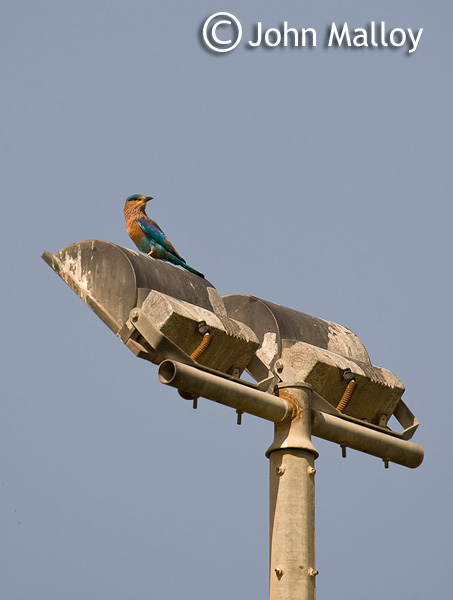 Above - Indian Roller - 3 - 4 present in Safa Park
Round the hotel Mynas' were represented by two species - common and pied - I rather like the pied! (see below). The only issue (for me) was that the security guards at the hotel did not like me wielding a camera around, so photo opportunities were limited - I was accosted as I went to take the image below! 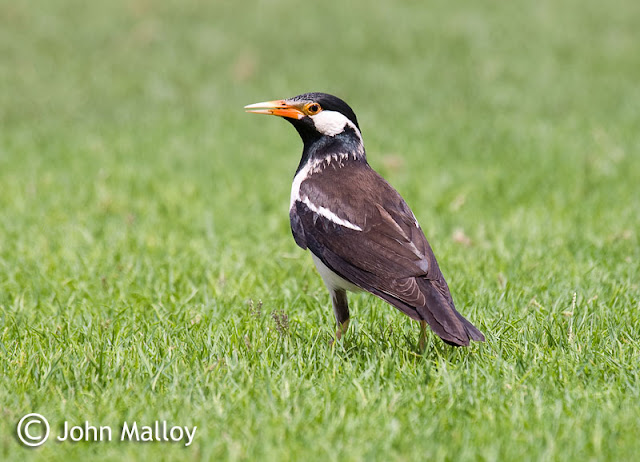 Our room at the hotel was on the 18th floor. Pallid swift skimmed passed the tinted windows throughout the day and some limited sea watching provided two socotra cormorant, saunders tern and a single summer plumaged great black-headed (pallas's) gull. Indian silverbill bathed in the ornamental streams flowing through the gardens and the shrubs and palms were bustling with the tiny graceful prinia (see below). 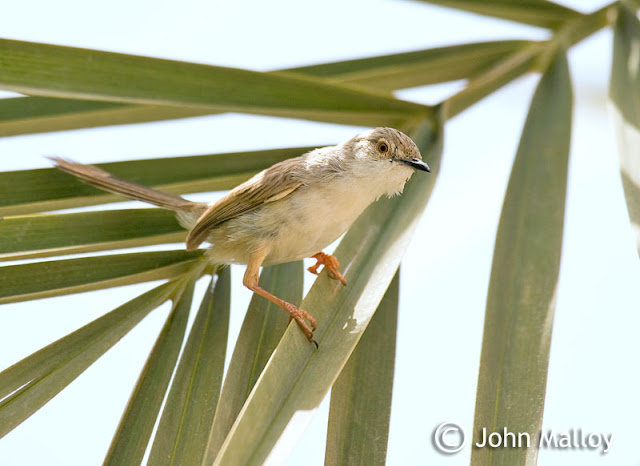 So, a nice stop-over... on the morning of the 29th April it was back to the airport and onto Mauritius.
Posted by John Malloy at 15:50