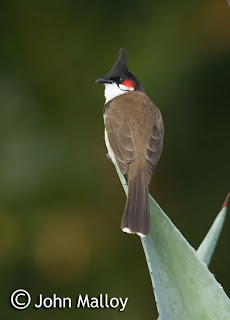 Most of the bird species around the resort in Mauritius were introduced and of standard holiday fare - common myna were very abundant and noisy, while the bold red-whiskered bulbul (right) came a close second.
A small stream near the resort entrance was checked a couple of times per day and produced most species, including village weaver, common waxbill, nutmeg mannikin, madagascar fody, spotted dove, zebra dove, madagascar turtle dove, yellow-eyed (also known as yellow fronted) canary and the familiar house sparrow.
Of more interest was the native species. In the resort this comprised of the most common endemic - Mauritius grey white-eye - an odd white-eye without a white eye / eye ring! Very tricky to photograph (see below), they had a knack of staying just within the foliage, obscuring a clear view! This species would often be found in small parties, typically 2 - 4 birds, and were generally very active. 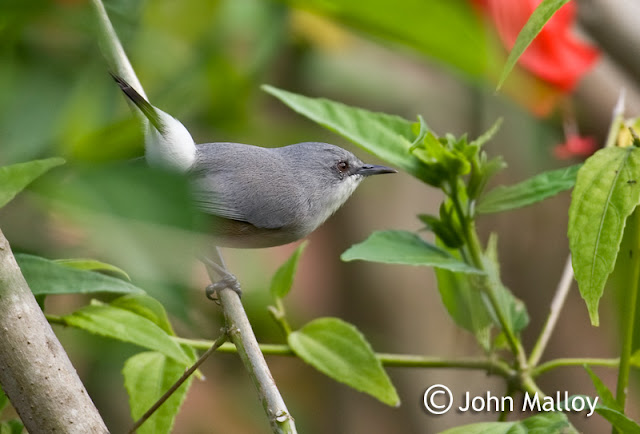 Mascarene martin (below) were present, and appeared to be nesting at the hotel next door. I spent a morning waded out into a tidal channel trying to get some decent shots, but this species beat me! This species reminded me a little of purple martin... 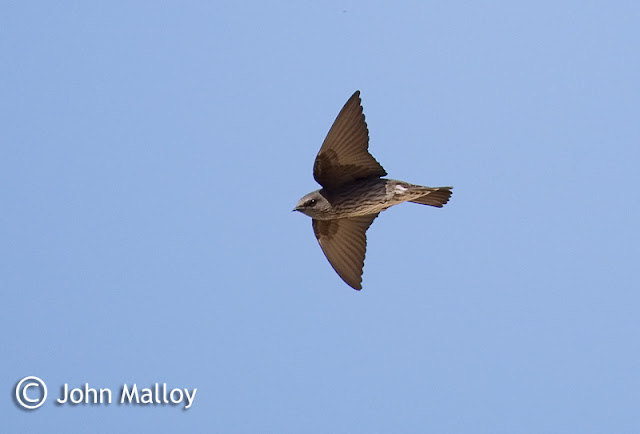 Also available were the occasional striated heron (often feeding on the stream, most commonly on the shore-line), and an occasional fly-over white-tailed tropicbird. 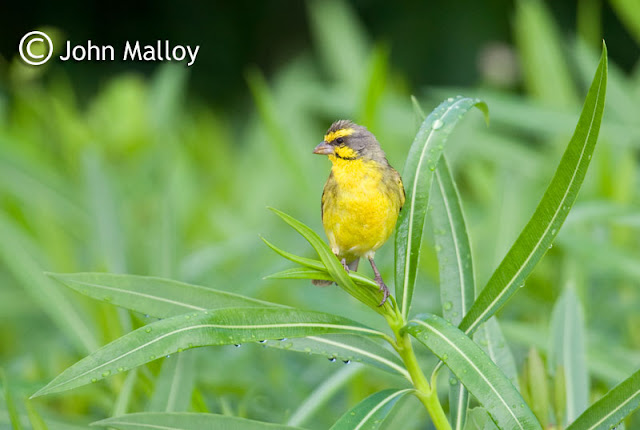 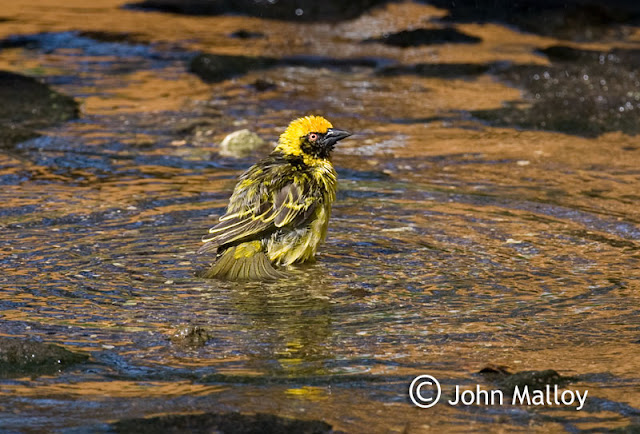 Late afternoons were spent checking out the sea ~ walks up and down the coast produce small numbers of whimbrel, while offshore there were good numbers of common noddy and a single sooty tern was logged. 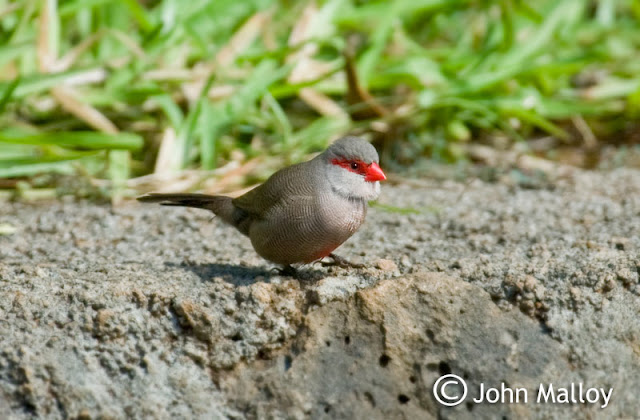 Above - Common Waxbill
Mauritius is a fantastic place... it's certainly not a place to visit for high numbers of bird species, but in terms of endemics it has some real treats and this visit may have given me my only ever chance to see pink pigeon, echo parakeet, Mauritius olive white-eye... Combined with stunning scenary, the best fish I've every tasted (and Rhum I've drank!) and very friendly locals it comes highly recommended as a holiday destination.
Posted by John Malloy at 06:20