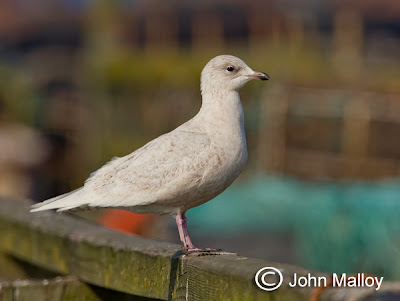 After hearing about 5 jack snipe that had been seen at West Hartford earlier in the week I headed out into the marsh with Mark late morning.

No jacks, but several non-jacks lifted, plus 35ish teal and the occasional wren and reed bunting. The main pool held a pair of shelduck and the usual mix of gulls. Three roe deer were feeding in the western section of the field.

An attempt at purchasing chips was curtailed not once but twice... with chippies at Blyth and Seaton Sluice having queues out onto the street.

Distinctly warm today, the spring migrants should be teaming up the UK now!
Posted by John Malloy at 14:48

The first sign of the sun sends the humans out.......roll on winter again :)