From the archive: October 2005 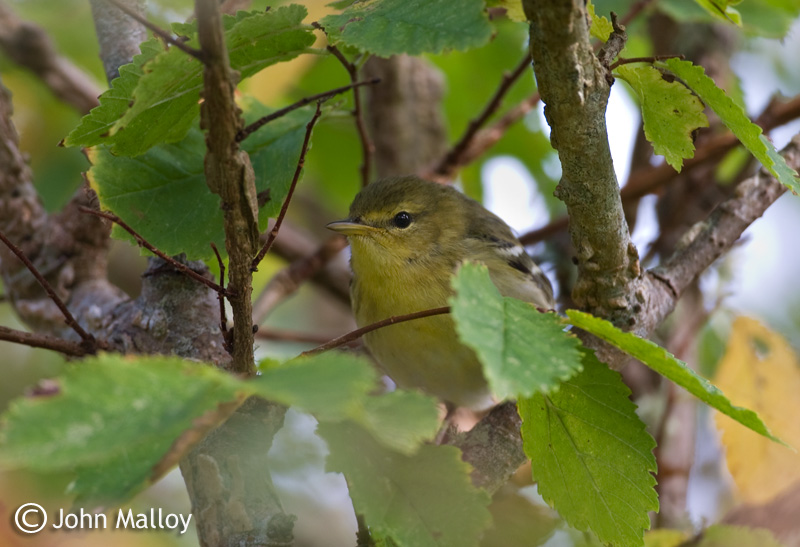 I enjoyed five successive trips to the Isles of Scilly in the "mid-naughties", travelling down with Mark from the north-east of England to the extreme south-west each October full of high hopes and expectation... More often than not the journey down was "via"... rather than "direct" ~ Suffolk springs to mind when a lot of folk were getting curious about a curlew at Minsmere!

This blackpoll warbler was a good start to our trip in October 2005 - photographed on the Garrison on St Mary's, this pleasing yankie had been previously been on St Agnes in late September before being relocated conveniently near our island base.

Mark had been visiting the islands since the mid-late 80's and has many a tale of frantic news-breaks when the hoped for mega was found ~ tales of folk running down streets with newly purchased mugs of coffee from a cafe always amuse. My trips there never quite matched the historic arrivals - no mass landings of grey cheeked thrush as in the 80's.

However during the five years we did see some pretty good birds - the cream coloured courser on the right-hand side panel of the blog was taken there - not sure when I'll see another of those in the UK..., the blackpoll above was one of two seen in the 5 year period we visited.

Scilly seems to have decreased in birder attraction in the last few years - soaring prices for accommodation and transport don't help I guess... and there appear to be a few trying pastures new ~ especially the northern isles.
Posted by John Malloy at 18:42