A week of nights is finally complete, inclusive of the seemingly obligatory overtime shift. So a day recuperating for me...

The pied wheatear at Newbiggin was very nice indeed, County birds often have more meaning than those nationally, however October 2004 was to close with a very nice avian bonus ~ masked shrike at Kilrenny, Fife. Mark and I were joined by Surrey based Chris Collins for the twitch - and positive news as we crossed the Forth road bridge mean't that the final leg of the journey was relaxed.

The shrike had been trapped and ringed the previous day after initially being reported as a woodchat. This bird represented the first British record and ended up staying in the vicinity for a few days.

On the day of our visit views were generally good but not really close enough for the 100-400mm lens in use at the time. I guess this bird was one of those to make me start thinking about one of Canons' bigger prime lenses. The bird was more obliging later in it's stay. So a record shot it is... 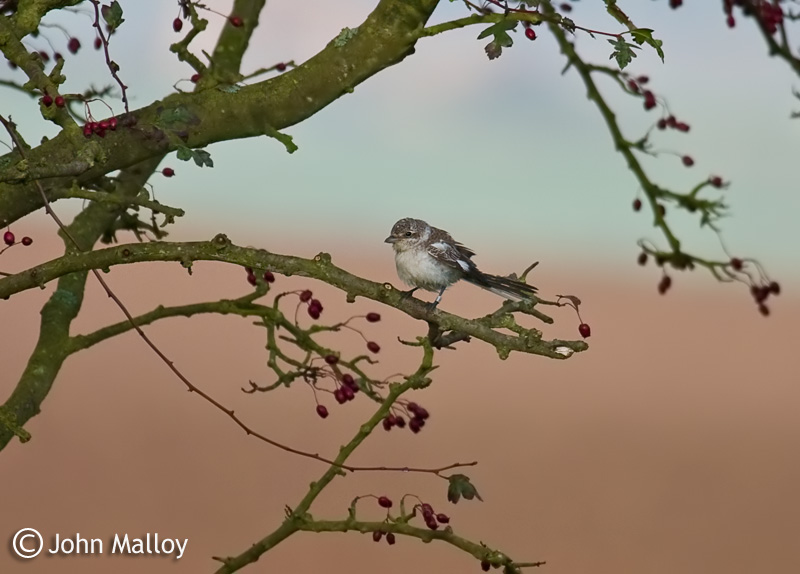