Barred on Saturday, Sprite on Sunday 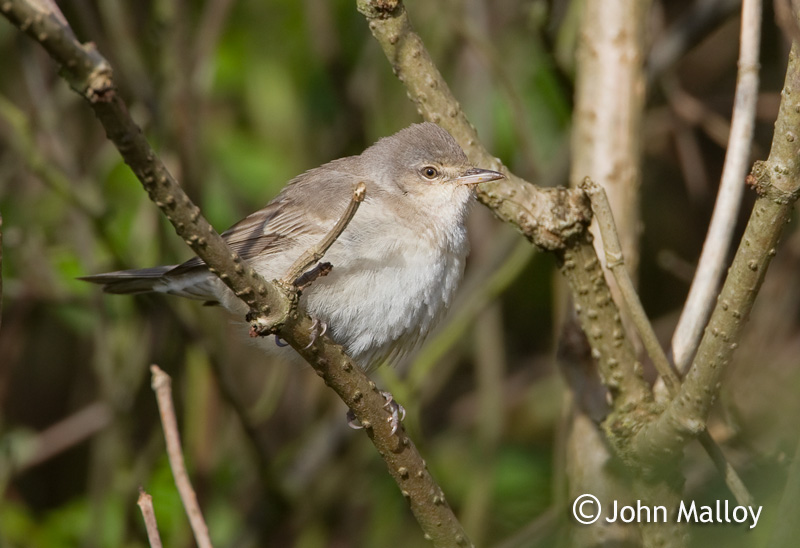 A text from IF early morning saw me heading down to St Mary's rather than sit at the computer editing some of yesterdays barred warbler images. The target species this morning was only seen briefly twice during a two hour watch - pallas's warbler still alludes the camera! They're a beautiful species ~ I look forward to the day that I manage an image of a seven-striped-sprite worthy of presentation.

There was a good number of birders out, and the pallas's was enough to lure a certain stringer from northern territories.

Also of note were six tree sparrow over, plus redpoll sp in flight (mealy had been present on Saturday), siskin and a great spotted woodpecker.

Back home for coffee and lunch (I maintain the correct priorities in life), then a spot of photo editing. The barred warbler image above is a rework of an attempt from yesterday - I had not got the colour balance right after incorrectly exposing the shot in bright sunshine. Note the under-tail coverts...
Posted by John Malloy at 14:00