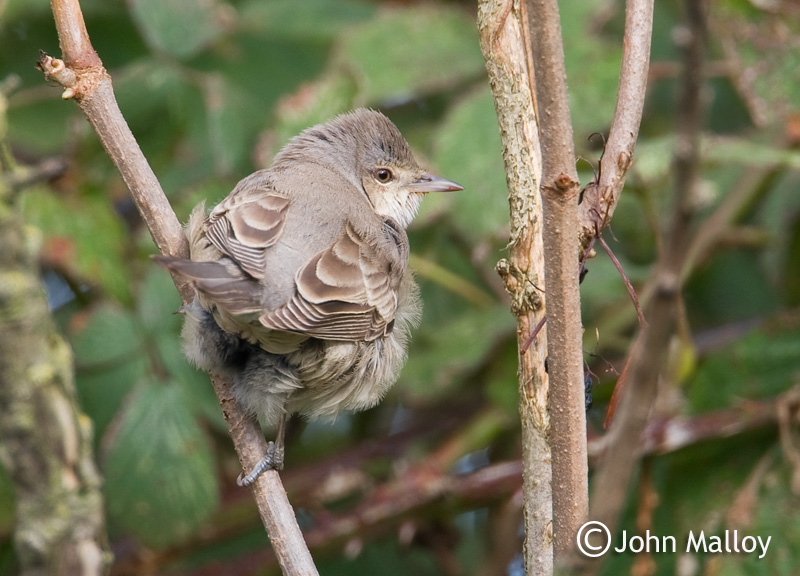 I spent a very pleasant sunny autumn morning watching and photographing this rather bold immature barred warbler. Having taken temporary residence in a small car park just south of Newbiggin-by-the-sea, this bird gave some incredible (by normally elusive barred warbler standards) views... Barred warblers are the "shrikes" of the warblers - big, clumpy old things, this bird even pushed some blackbirds off its favorite feeding bush!

Feeding in an elder bush the warbler was tricky - however it would break from feeds and occasionally sit out in the open, sunning itself.

I was joined by Stef, Jimmy, Roger and Alan, so some good chat was to be had. Stef and I probably have virtually the same set of images too!

A single redpoll sp. flew over and briefly joined the large greenfinch flock that was in the area, otherwise there was little evidence of any newly arrived passerines.
Posted by John Malloy at 19:28