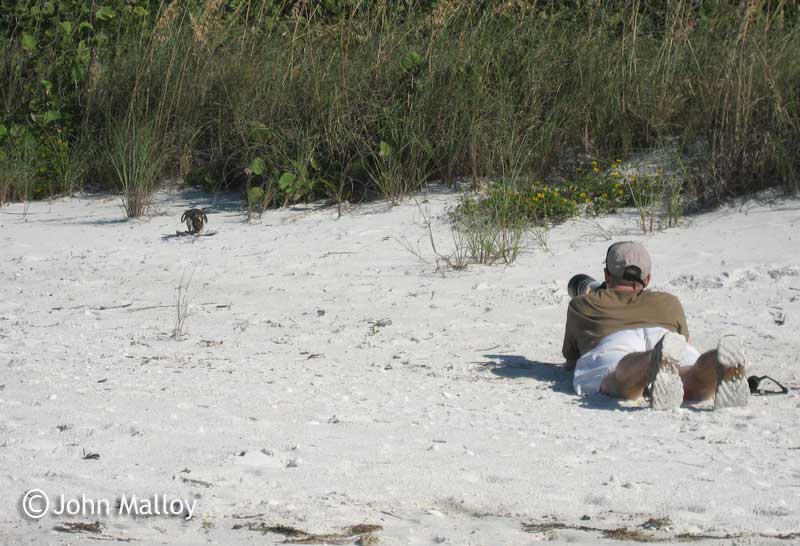 I've been reviewing some images from across the pond this afternoon and stumbled upon these pictures - an obliging peregrine on Naples beach, Florida. Taken in either December 2006 or January 2007, I was alerted to this bird by a passer by - had I "seen the 'hawk' on the beach?"
I get a lot of useful tips from passers by when photographing birds, most are not very complimentary! I must admit that I hadn't taken much notice of the info until I proceeded my walk along the beach - and not 100m to the south of where I'd been photographing some white ibis was this stunner... feeding on what looks like an expired willet.

As can be seen, the peregrine was very wary... good job Mrs Birdingsometimes had her camera to get the record shot above... while I tried for a few myself with the 100-400mm. 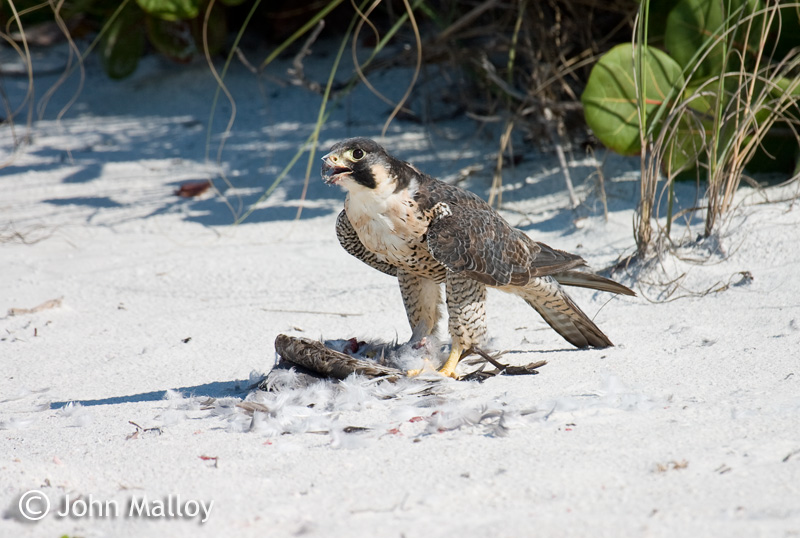 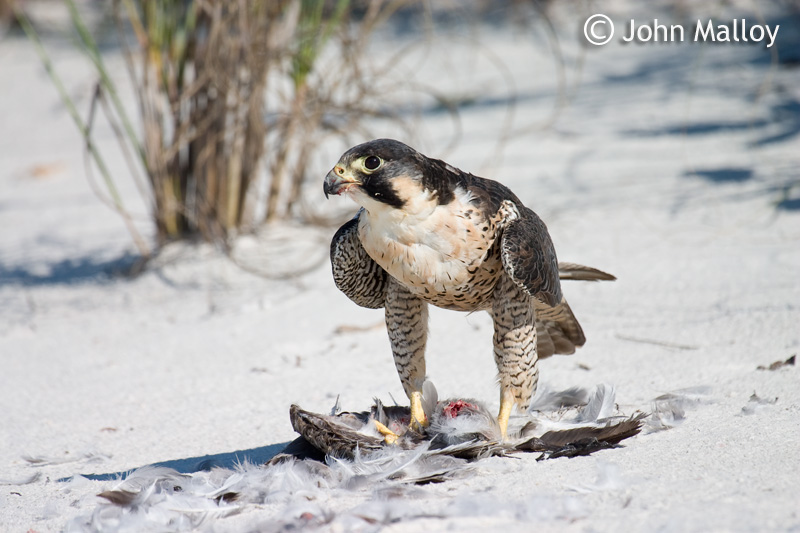 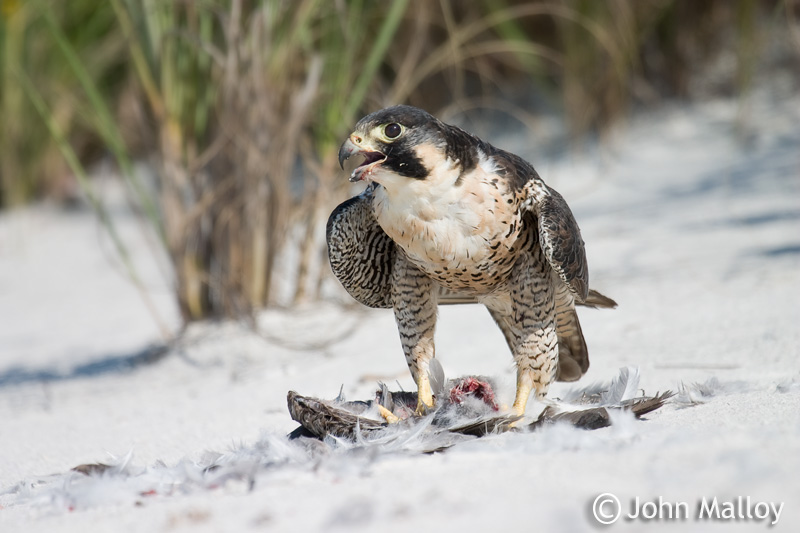 An image of this bird featured in "Birding World" magazine (March 2007, Issue 243, 89) and provides detail of the taxonomic status of peregrine. This female bird is of the Greenland tundrius race which winters in the Gulf of Mexico, the Caribbean, Central America and northernmost South America.
It certainly was a privilage to get such good views of this raptor, not a sight I'd expect to repeat in the UK (especially if it's taken a willet out!).
Posted by John Malloy at 17:40