From the archive: September 2006 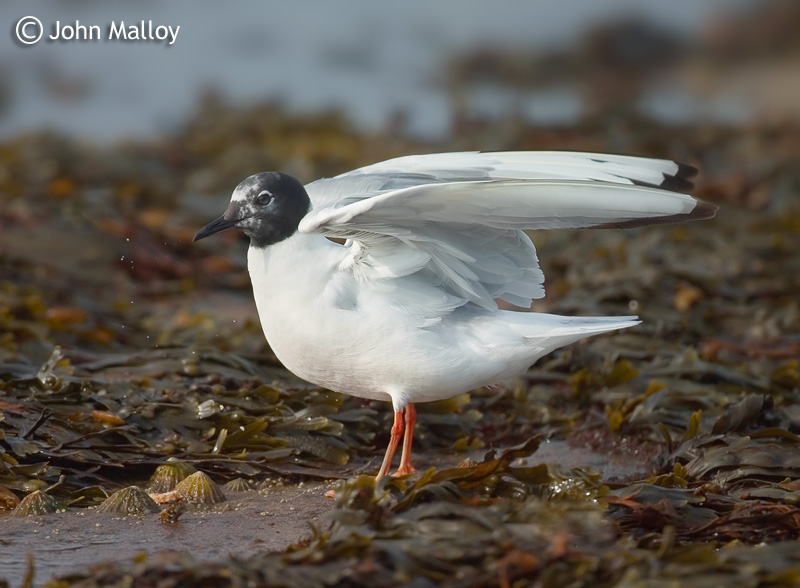 The excesses of overtime have again prevented me from getting out this weekend, so here is another image from the catalogue of images I took with the 10D camera body. It's surprising how much more improved the new camera bodies are with increased resolution ~ a six megapixel image from the 10D is much less robust than that of the 11 megapixel mark III (which is already out-"pixeled" by newer models).

Pictured above is the popular near summer plumaged adult bonapartes gull that frequented Newbiggin, Northumberland during September 2006. Having first been seen at East Chevington on 4th it was relocated at Newbiggin on the 7th, remaining until the 29th October, moulting into winter plumage. (Birds in Northumbria, report for 2006). This was my first in Northumberland, and for the county it was the third record.

Photo-wise it was obliging, joining the other gulls in the bread-fest that was handed out by visiting birders.
Posted by John Malloy at 16:38