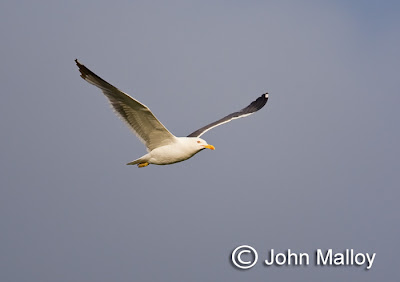 Saturday 1st August ended much drier and sunnier than it had started, so I ended my day at West Hartford in the quest for a couple of owls.


I was not disappointed - pretty much the first bird I picked out was the short-eared, sitting on a fence post near to the east side of the pool.


With hopes of a good fly-by I promptly got the camera gear out of the car and set up... only to find that some jerk on a trial bike was zooming around the rough ground between the pool and the "business park" road.

So that was that - the SEO had shifted and was not seen again during my visit.

Not to worry, plenty of gulls heading in and out of the pool - mainly black-headed, with a few lesser-black backed and herring to boot.

A common tern flew over calling but could not be seen. 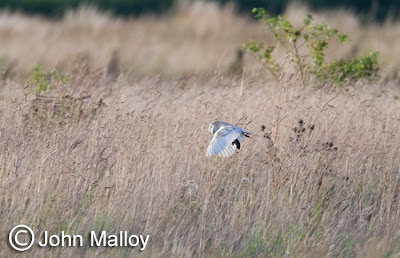 Just after 20:00 the barn owl appeared and within seconds had caught a rodent... and was off - too efficient a hunter! So just a few record shots as it flew away (in a less than perfect direction for a picture).


Ten minutes later it reappeared, only to land on a distant fence post alongside the plantation behind the farm - from where it hunted from until I left... so I'll have to try again!


There are lots of barn swallow feeding over the fields too, with numbers of swift also increasing.. they'll be off soon to warmer lands.
Posted by John Malloy at 09:06