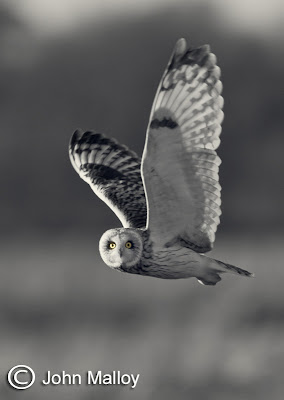 I headed back home along the A192 only to have to slow the car right down as a fox lazily trotted across the carriageway... a nice end to a pleasant few hours relaxed birding!
Posted by John Malloy at 17:53

crackin pic that is !!

Yes, it has something about it that I like too. Great birds SEOs'!