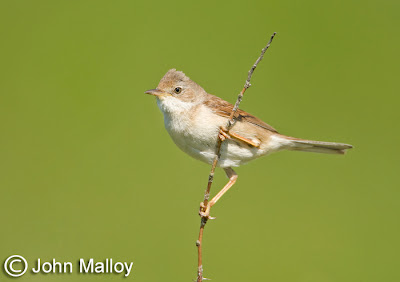 
A pair of whitethroat (female featured here) were actively feeding young, the occasional willow warbler sang and and a sedge warbler chipped in for a short while too. Not much else though!
Posted by John Malloy at 17:01