Woken by the phone this morning - and always nice to find a message regarding a patch bird - Gordon had picked up the Horton Burn little egret - and while not a Cramlington tick as such, its the first on the burn that runs through our housing estate. Add kingfisher, grey wagtail, a couple of moorhen and fly over great black backed gull and redshank (a species that eluded me in Cramlington in 2013!) and the birding atmosphere was electric. 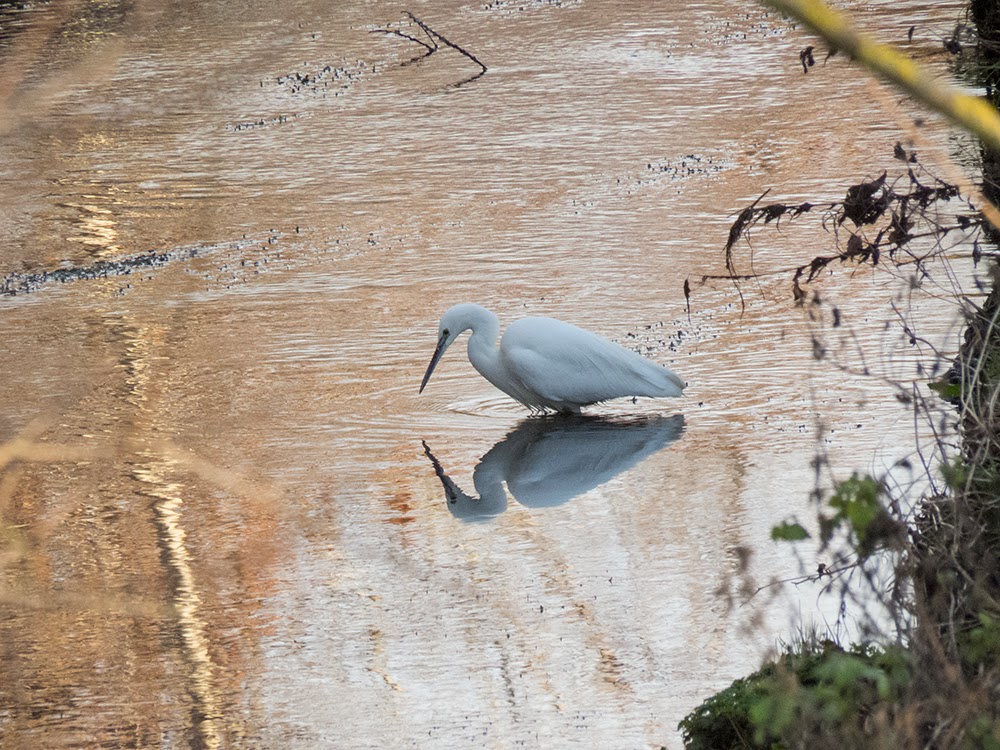 Later I headed north to Stag Rocks - the grey phalarope was a doddle, feeding in the surf below the car park - mixing with the black-headed gulls.

No slav grebe on view (1 great crested), but 1 black throated diver in amongst the red throats, plenty of long tailed duck, common scoter etc... and some distant gannet.