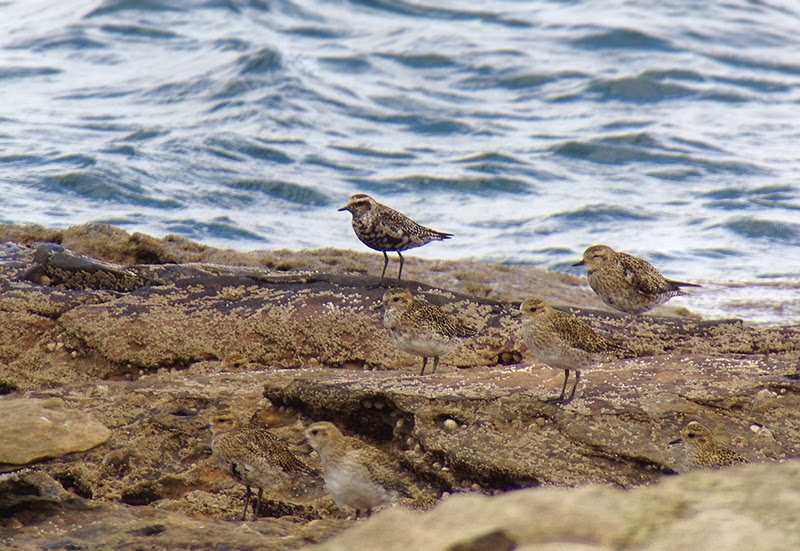 First attempt at iphone scoping a rare... American Golden Plover at St Mary's today. Conditions were ok, but a slight breeze made steady focus tricky. A handy tip on site from MH might assist ... I'll try next time and advise accordingly!

The AGP was initially on a rocky island offshore in Hartley Bay, too far for any serious attempt at a record short (though I did try). As the tide encroached the flock moved onto the rocks adjacent to the lighthouse, so a closer approach was possible,  the images are zoomed in slightly on the scope and can at best be described as a "record"(from approximately 20 meters range?). 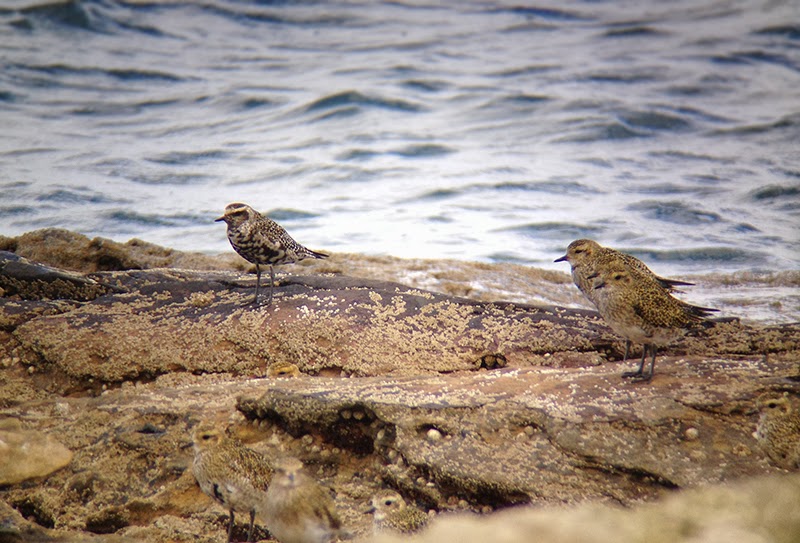