It was a later than anticipated start to the 2012 birding. Left the house at a little after 10:30 and headed north to East Chevington.

First up was the dapper drake green-winged teal on the South Pool, while on the North Pool I could not locate the reported smew ~ a female scaup was good, as was a single Eurasian white fronted goose and a fly thru short-eared owl.

Heading south to Cresswell I connected with the large pink-footed goose flock - a scope thru produced one tundra bean and one Eurasian white-front. No sign of any snow bunting at Bells Farm, and Cresswell itself was pretty quiet.

Onwards to Newbiggin - where med gull is a doddle these days, while a few hundred meters up the beach, the desert wheatear remains. Didn't carry the camera up with me today (given yesterday's session), yet I could not resist a couple of iPhone pictures ~ 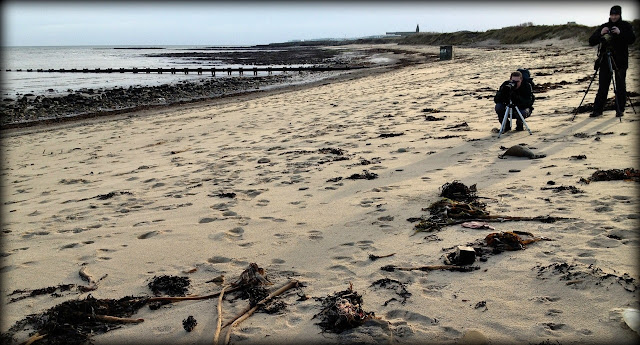 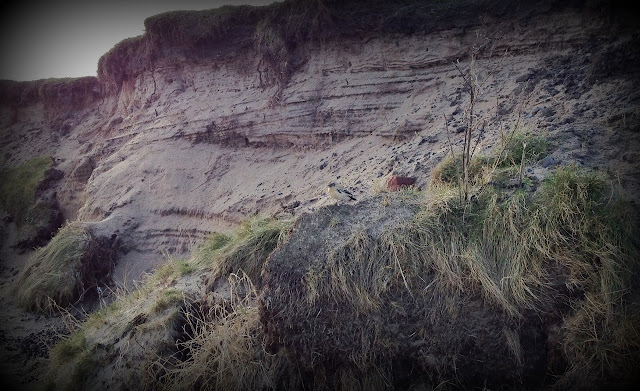 So with the wheatear in the bag I scuttled back to the car and headed south to Marden, where the wintering lesser scaup was eventually found roosting. So far so good!

A quick stop at Killingworth Lake did not produce anything of note, so a little later I arrived at Prestwick Carr. Superb showing of short-eared owl here, with a modest count of 12 ~ eight of which were in one field! Peter got me onto the great grey shrike just be it flew off into the distance - the quality just kept coming....

Back to the car for a nip up to West Hartford, not before a willow tit gave itself up. A mere 4 short-eared owl were on show by dusk (17 for the trip out!) - while the final, nearing dark, pitstop at Horton Burn was also rewarding - 1 kingfisher flew downstream, with 2 moorhen and 4 mallard. A day of quality!
Posted by John Malloy at 16:41