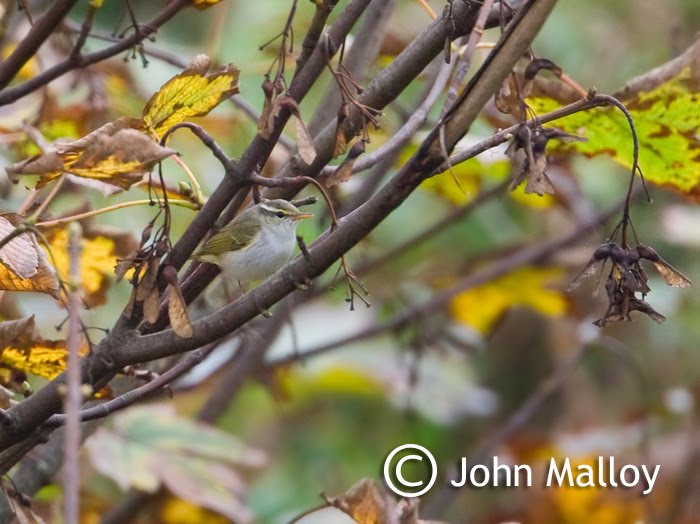 Fridays selection of images can only be regarded as record shots as the bird barely filled the central focus spot with the 500mm & 1.4 extender. However the colours of the sycamore leaves in the photographs provide a subtle distraction from the notequiteascloseasI'dliketohavebeento phyllosc.
My journey to seeing the bird was not quite as normal as... normal. I'd been on a pager-less nightshift on Thursday, so it wasn't until I was leaving work at 5am on Friday morning that I discovered that this mega was present via a bunch of text messages. Panic set in - I was due back to work at 13:30 and I needed some sleep. Do I stay awake and go there straight away. Do I dash home and have a power nap. Do I risk waiting till Saturday. Do I assume it's not going to be there....?
A tawny owl flapped past the car as I approached Cramlington
I woke up just after eight and much headless chicken mode ensued when I read that the bird was still present and apparently showing well.
After a quick call to arrange a pick-up of Dad we were off. Thankfully the Tyne Tunnel commute traffic had eased, so we arrived not long after nine. As I drove along the Leas looking for a parking space I spotted Mark heading back to his car - so the omen was good - I doubted that he'd leave the site so soon without the tick. A quick call confirmed it's presence and guidance for the best viewing.
First bird on view was a dapper yellow-browed warbler, closely followed by the eastern crowned. Result!
We spent the next three hours amongst the crowd of 150 - 200(?ish) listening to a variety of banter describing past twitches, near-fights, rapid journeys to the north-east and the strange and curious characters that this past-time attracts. It's fair to say that these sort of megas do attract the oddities of the human race. Readers of this blog excepted of course. ;-) 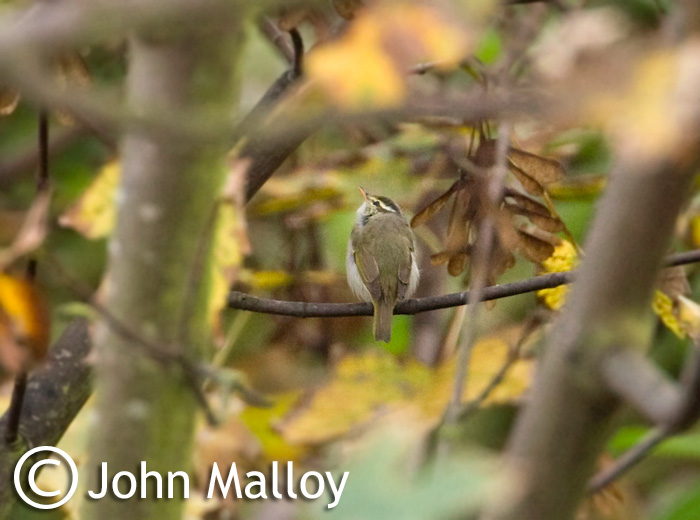 Nice one John one shot clearly shows the crown stripe ,I found it hard to see especially the forehead, much more prominent to the rear, I did not even try to get any shots, which I now regret, its always better to have something rather than nothing, I left when thay all ran back to the quarry edge.
Brian