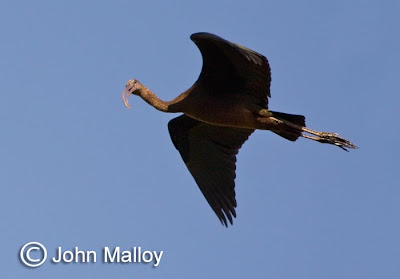 After 20 long years Northumberland finally gets another glossy ibis... This bird was originally picked up at Druridge last night and gave birders the run around this morning before finally settling at Cresswell for an hour or so late morning. The ibis was feeding on the edge of the small pool that lies between the car park and hide, so was reasonably close, tough often obscured in reeds. Local corvids took a dislike to it when it tried to rest in a field to the south, so it headed off north west early in the afternoon, only to return not long after three pm. Hopefully I'll get another go with this county mega over the next few days. 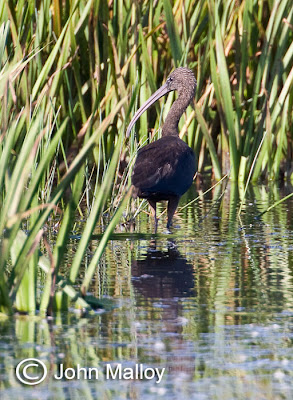