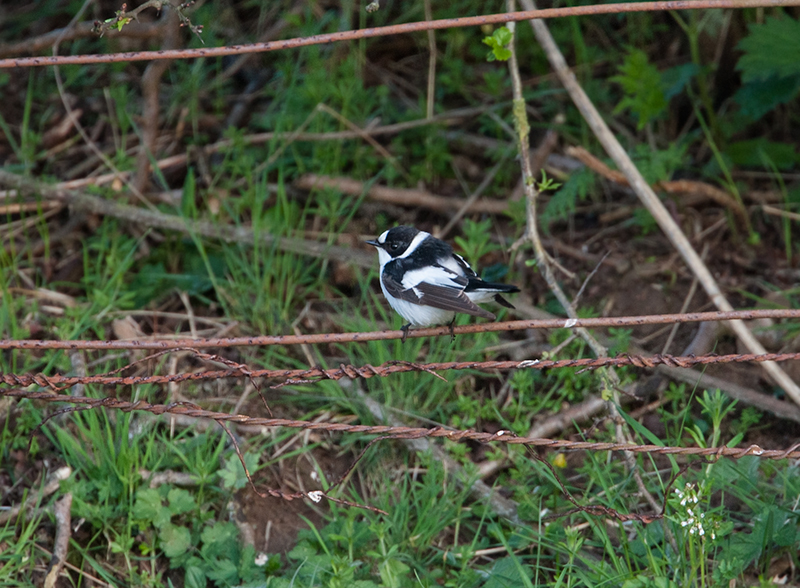 It was an early evening dash up the coast for the splendid 1s male collared flycatcher at Low Newton... news had broke just as evening meal preparations had begun, so it was a somewhat long hour and a three quarters before the twitch commenced - departing at 18:50.

Easy to see on arrival, the flycatcher was favouring the hedge opposite the tin church, resplendent in early evening sunlight. Great viewing but tricky for the camera, a tad distant. The fence line of the horse field was great in respect that it enforced an orderly watch-point, enabling the migrant to feed without any hassle.

As the sun set the flycatcher made a very quick foray to the near fence line enabling some ok record shots to be taken, albeit at ISO1250... The first two images here were amongst the last to be taken (20:10hrs). 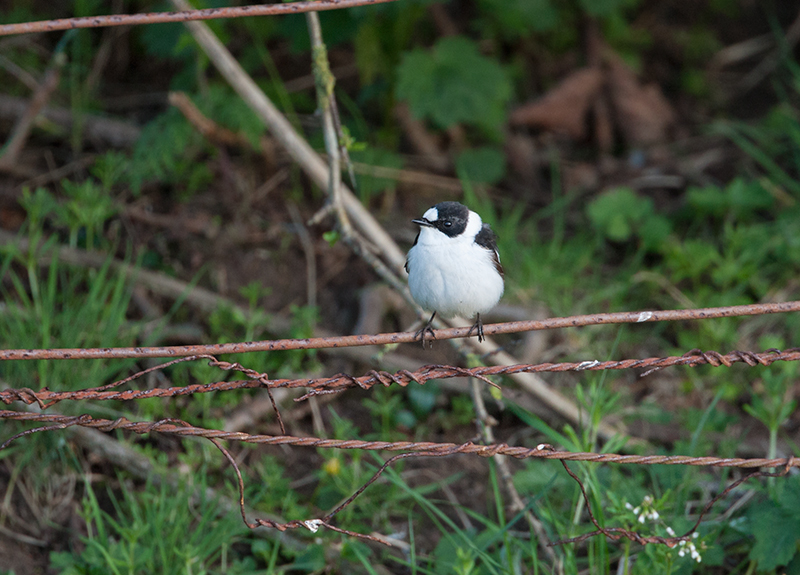 Earlier on while the sun was out, the flycatcher remained a bit further up the hedge - strong contrasting light again making photography a mild challenge. However, fantastic viewing ensued, and it was good to catch up with some fellow Northumbrian birders - a county tick for all and a lifer for some. 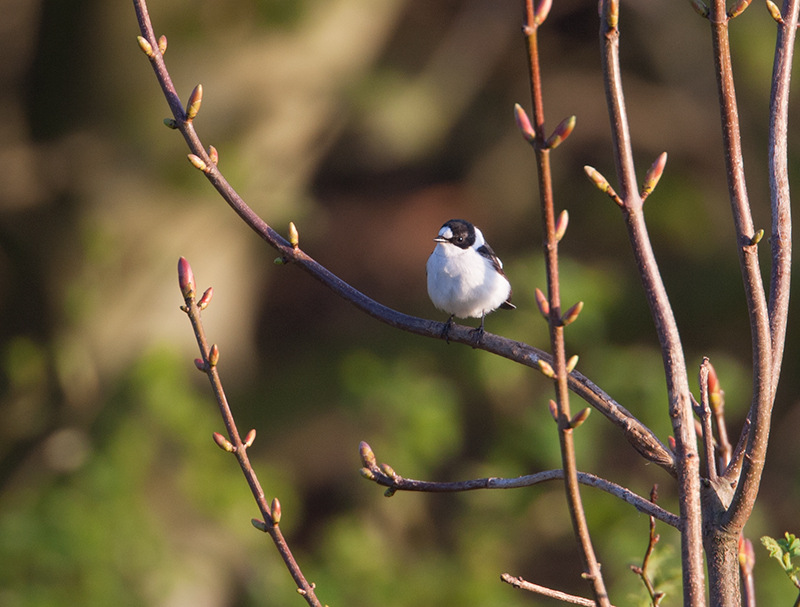 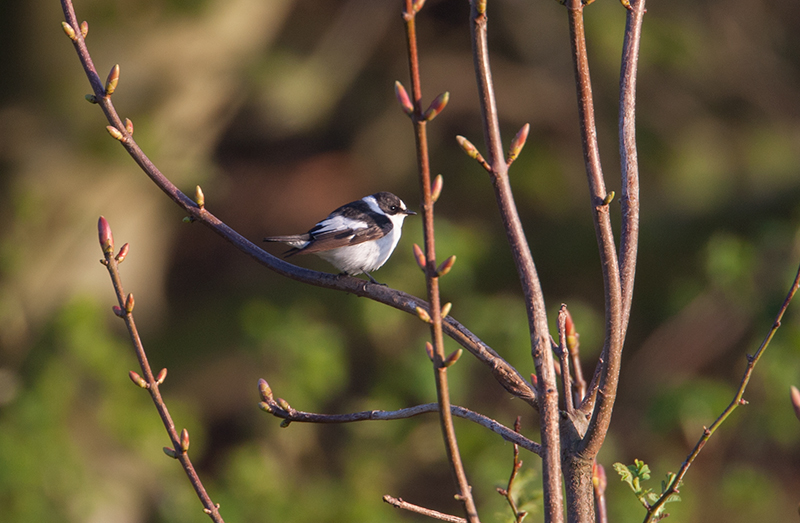 That new header is superb John