Here are a couple more images of the 1s hobby at Arcot Pond on Saturday 24th July. When I first arrived the hobby was perched distantly in the dead trees at the west end of the pond. The image is posted more for "bird in habitat" than that of stunning portrait! 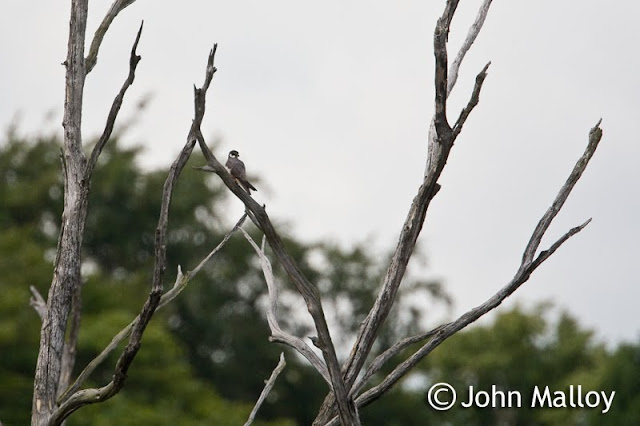 The flight shot (below) was taken as the bird swept in low over the pool chasing insects. The hobby had just managed to shake off an angry common tern! As previously mentioned, the speed at which the hobby would hunt was staggering - this is one quick mover! 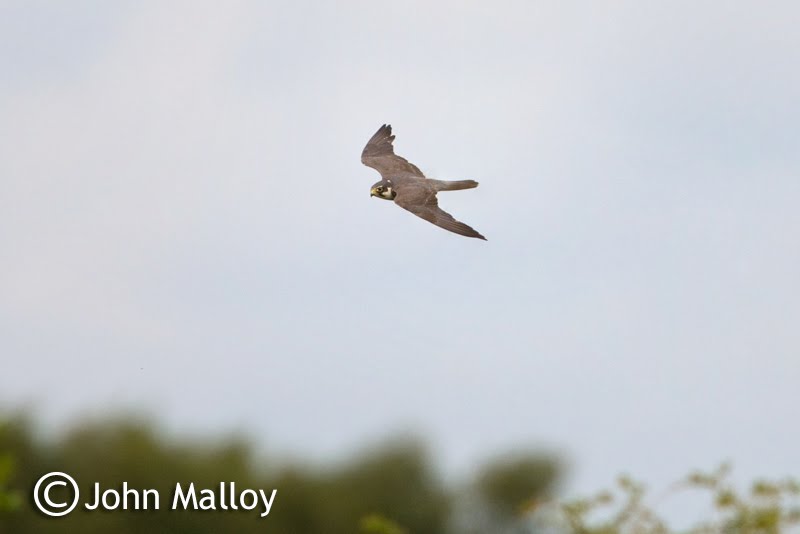 Ah, 'birdscaping' photos, I actually quite like them (and when you don't have a big prime lens sometimes it's all one can manage).